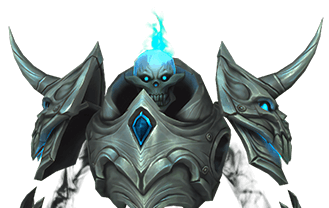 Torment works the exact same way on Mythic as it does on heroic, simply call which section is clear and have the raid move into it. Recommend calling the sections either by number left to right, or by a world marker you place on the ground in each section.

The Torment dance will consist of 5 different gaps forming one after the other, keep sprints such as Wind Rush and Roar ready for big gaps, it can pick the spot on the opposite side of the room to where you are currently standing which requires fast movement to reach in time.

The pattern itself seems fairly random, there may be some logic to it that we didn’t feel the need to drill into, in the end as long as it is communicated quickly the dance is easy to navigate.

As in heroic, at certain intervals throughout the fight three chains will appear which require a raid member to click and then run 40 yards to snap the chain, which will cause 22k Shadow Damage to the raid each time it happens.

The timers for these chains are static, give or take a few seconds for spell-queuing:

You need to assign 3 players to each set of chains, and each player needs to know which chain they are clicking.

The players handling the chains should click on them right away, and move towards a pre-positioned Warlock Gateway that they can then click when they are told to snap their chain. If the snapping is delayed, it quite often overlaps with Torment, and the 3rd player to snap may need to run to the safe zone whilst snapping their chain in order to prevent themselves from dying.

A pre-planned healer CD rotation will be needed for this mechanic, as well as your raiders being aware they need to pop their personal defensive cooldowns if they are assigned to snapping a chain, or if they are not healthy as this mechanic is being dealt with.

On Mythic difficulty there is a new add called the Mawsworn Overlord, who has an aura around him making any other adds on the fight immune to CC (including interrupts) and dealing 200% more damage.

Each add wave will consist of 1 Overlord and 4 Agonizers, they will all try to slowly reach Garrosh. The Agonizers will spam cast Agonizing Nova which can never go through, this must be prevented with interrupts.

If the Agonizers are left alive for 1 minute (max energy), they will become immune to CC on their own.

The best way to handle this is to use Death Knights to control the positioning of the adds. Your aim should be to maximise cleave onto the Agonizers without ever risking a cast going through because they were gripped onto the Overlord too quickly, or gripped before their casts were interrupted (Grip does NOT interrupt their casts).

When a wave of adds spawns you should have players assigned to CC each of them when they spawn (Sheep / Imprison etc) - then once the Overlord is low enough, you can call to break CC/Kick and then have the DKs grip all of the adds on top of the boss/Overlord.

In certain cases where you know you have a lot of DPS, such as Hunter cooldowns available etc. you can call to just kick and grip the adds in immediately, but don’t make this kind of call until you have enough pulls and know where your damage lies.

Sometimes an Agonizer will spawn close to where the Overlord spawns, in these cases you need to use grips/knockbacks/stuns to make sure they separate.

The timers for the add waves are static, give or take a few seconds for spell-queuing:

It can be a smart idea to de-sync some of your DPS cooldowns for these timers, such as having one or two players hold their CDs for the 2nd add wave.

The Brands work the same way as on heroic, except they do considerably more damage to both allies and enemies.

Stack them aggressively underneath first the Overlord, and then the Agonizers once they are grouped together, it is important you get this damage onto the adds ASAP, do not finish your cast before you get in there, and do not worry about walking over your teammates.

People should be careful not to stack 2 right on top of each other as taking 2x Brand damage is quite spicy and they may die.

Other players should do their best to avoid standing in the Brands whilst DPSing the adds down.

When no adds are active, Brands should obviously stand away from other players.

This fight doesn’t require any refined strategy other than Chain assignments, Healing CD rotation, and organisation of DPS cooldowns for each pack of adds.

Otherwise, play the mechanics as they come, positioning is not particularly important here aside from making sure you are stacked in Healing CDs during the chain snapping.

You should Bloodlust on pull.

The two main sources of raid damage on that fight are: passive rot throughout the whole fight, and raid-wide Burst AoE damage from snapping the Warmonger Shackles. Rot damage is completely negated by passive healing, so it is advised to allocate all available raid CDs to cover each chain break. You get three instances of raid damage every set of Chains, so depending on the Raid cooldowns you have access to you can either snap them really quickly (or even two at the same time if you have big damage reduction rolling), or take a slower approach.

It's best to have 5 healers on that fight. The composition I would recommend for that fight would be (just a personal recommendation, not by any means the only viable comp):

Tips for CDs assignments and healing:

A loose plan for healing cooldowns would look something like this:

Call out which players are assigned to the next chains 10 seconds or so before the timer so they are aware and ready.

Call when players should snap chains

Call out to watch feet when Rendered Soul white swirls are appearing on the ground.

Call which section of the room to move to during Torment and Tormented Eruptions, warn people if it is far.

Call for kicks and CC breaks on adds when you wish to grip them on top of the Overlord. 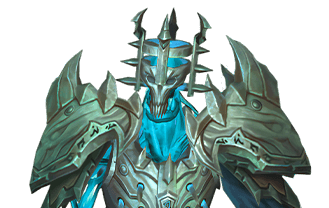 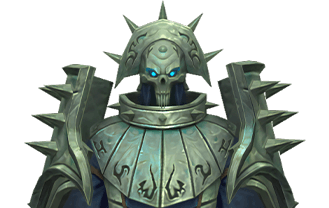