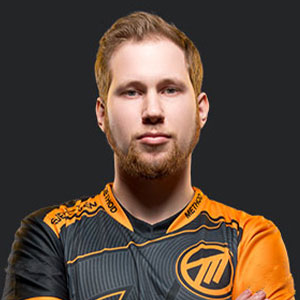 My name is Sjele. I mostly play a warlock as long as it is good, and when it is not, I cry as I reroll to whatever is better. I have been in the top 20 scene since Uldir, and I've been in Method since Sanctum of Domination.

Demonology is a fairly simple builder/spender class where you build resources and spend them on summoning demons. An easy way to think about it is that every demon is a damage of time effect (DoT), but instead of the effect being on a target, it is on the ground.

Demonology is good at single target burst and sustained cleave as long as it is stacked.

Movement during cooldown setup and spread cleave is a weakness of the spec.

In my opinion, demonology is extremely fun to play, and once you get into it, it feels very natural in terms of the "flow" of the gameplay.

If you are already familiar with the core abilities of the spec, feel free to skip through this part.

It is more for new players that are going in completely blind.

Demonology abilities can be sorted into three main “groups.” “Builders” that build or generate resources (Soul Shards). “Spenders,” that spend the soul shards, and “Cooldowns,” which are your heavier damage cooldowns.

Imps, when summoned, do not have a set lifespan as other demons do. They will last until they have emptied their energy bar, which is enough for 6 firebolt shots, or 40 seconds, whichever comes first. In most situations, they will empty their energy way before the 40 seconds mark is ever reached, but it's worth knowing about the interaction.

We do not have many core gameplay changes coming from shadowlands. It functions the same as it has for 2+ years. You build shards with shadow bolt, demonbolt, and soul strike (if talented) and spend them on summoning imps through Hand of Gul’dan, dreadstalkers, and various other demons. Except for the addition of Imp Gang boss, Guillotine, and Gul’dan’s Ambition, the core of Demonology is the same as in Shadowlands.