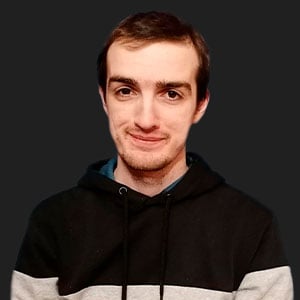 This guide was written by Cutencuddly a healer main in Method. I’m a multiclass player who is very versatile in all roles. I’ve been playing WoW for 12-13 years and raided since Cataclysm.

Restoration Druid is a versatile healer with access to damage, crowd control and robust healing throughput that makes them one of the best healers for Mythic+. Whilst in a raiding format, Restoration druid falls behind other specs in terms of throughput. In reality for most players; any seasoned Restoration Druid player can raid Mythic without the worry of holding their team back.

Ursol's Vortex, Typhoon, Rebirth (Combat Res), Heart of the Wild, Stampeding Roar and Soothe are incredibly valuable utility spells that will see more impact in a Mythic+ setting than in a raid encounter but opportunities will arise in Castle Nathria to use any of the aforementioned abilities to help your raid team.

Heart of the Wild is an exciting spell that allows you to take on greater benefits from your affinity. This will be very impactful for Restoration Druids as it allows you to contribute some meaningful damage in the downtime between raid damage.

With the start of 9.2, Restoration druids got some pretty significant buffs. Their healing and damage abilities were buffed by 10% each and the HoT of lifebloom by 12%, and the bloom heal by 20%. Alongside this, there will be the addition of Tier pieces and two legendary slots that we will mention later in the guide.

There has been no significant changes in patch 9.1.5 for resto druids.

The only change going from 9.0.5 to 9.1 are the 4 new covenant legendaries however with night fae looking like the only viable covenant the only significant one to look at right now is the Night Fae legendary that got added

Some of the biggest changes from BFA to Shadowlands for the spec:

Ironbark - Increases your healing from your heal over time (HoT) effects by 20% is now baseline. It’s CD however has also been increased from 1 minute to 90 seconds.

Nature’s Swiftness - Is back and it’s now baseline; Your next Regrowth, Rebirth or Entangling Roots is instant, free, castable in all forms and heals for an additional 100%.

Stampeding Roar - Is now baseline, this is probably one of the biggest changes Restoration Druid received from BFA to Shadowlands. This is a great utility ability and can save a lot of lives if utilised correctly.

Innervate - When cast on an ally you receive  50% of its effect. This ability has had it’s duration reduced to 10 seconds and is now off GCD. This is incredibly big for Restoration Druid as you can now use it on other healers, whilst also being useful for yourself. This way you don’t give it away to something like a disc priest and feel bad about it but instead, buff two healers at once!

Heart of the Wild - A level 35 talent choice with a huge impact on how the class plays, this being added offers a great option for Restoration Druids to deal a lot of damage during healing downtimes.

Swiftmend - Its cooldown has been reduced from 25 seconds to 15 seconds but it now consumes a heal over time effect to instantly heal an ally.