The important part is having a good weak aura setup for your class/spec and a good nameplate setup. But more than not, UI’s are personal preference. However, you should look into keeping the center around your character quite empty, so you can see mechanics around your character. Look to adding personalized raid weakauras above your character to your liking, as well as dbm/bigwigs timers as you’d like. 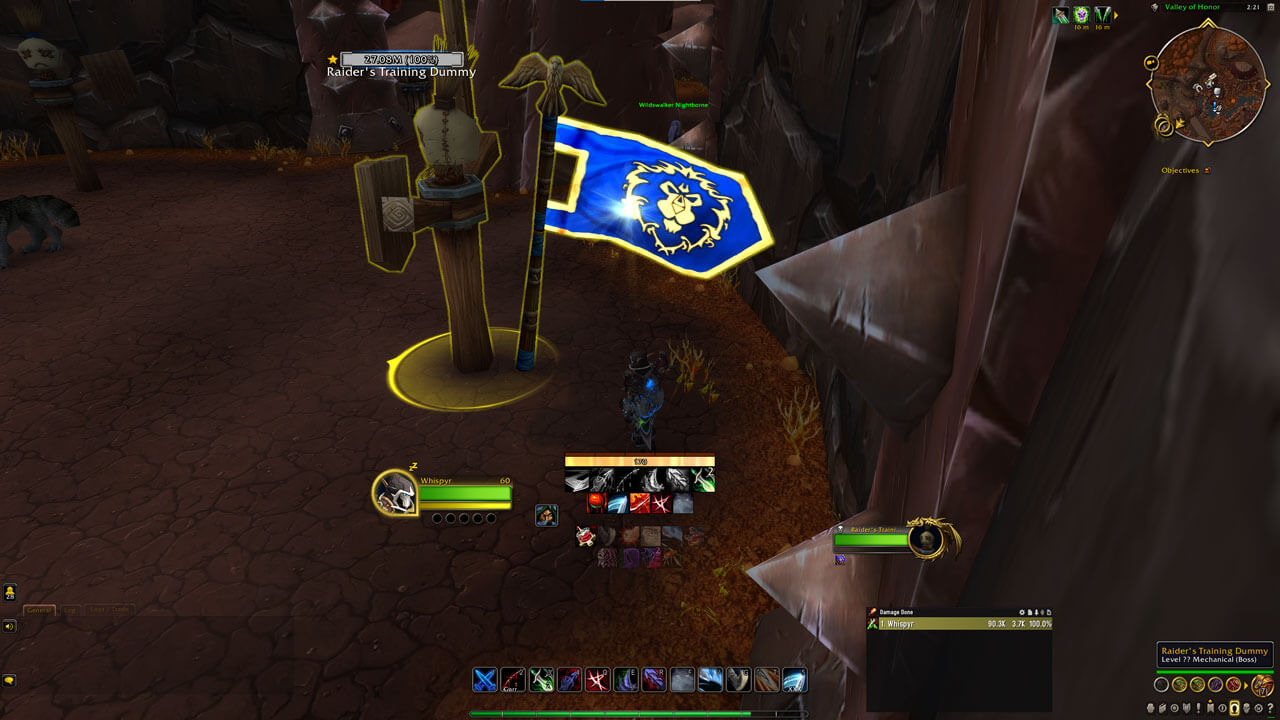 You can use the above macro to use both your racial and Deathmark together. If you are not an Orc, simply replace “Blood Fury” in the macro with your racial. Note that this will not work for racials on the GCD, such as Blood Elf Arcane Torrent. This is aimed mostly at racial abilities which grant stats for a short duration.

You can use the above macro to reapply poisons by just spamming one button. Make sure to swap out the poisons with your preferred poisons.

This macro is great for open world content where you might get stuck by combat, then end up using vanish, only to drop combat just before and waste it. This ensures that you cannot use Vanish outside of combat, so you don’t end up wasting it.

A focus kick macro is really useful for mythic+ or raiding scenarios where you need to interrupt an add which you don’t necessarily want to focus on.

This macro is somewhat useful for (re-)applying dots on a secondary target, for example on the Nine. You don’t really want to change targets during Deathmark / Shiv windows, but you still want to re-apply bleeds and this macro allows for it. Just hover your cursor over your secondary targets’ nameplate, press the alt key and then your Rupture key (for me it would be Alt+2). However, remember that you also need to have poisons on a secondary target for Venomous Wounds to work, so you cannot solely rely on this macro. You can also use a similar macro for Garrote.

It’s really important to use a good nameplate setup for AoE (you generally want to use weakauras in single target/cleave instances and nameplates in heavy aoe like m+). I personally recommend using my Plater profile, which can be found here, as it helps track pandemic timers in AoE: