Guides List of all Dragonflight Embellishments and how they work

List of all Dragonflight Embellishments and how they work

With the recent addition of crafted gear, players now have options around very competitive pieces that can significantly boost the power level of your character. That is due not only to you being able to choose secondary stats that work the best for your character and specialization, but also due to the powerful embellishments that you can apply to or get from those items.

Those embellishments add a whole other layer of optimization and can often be confusing, since there are also some pieces of gear that already come with bonuses on their own, so here is a quick breakdown of how they work and the two types of embellishments you can use in Dragonflight crafted gear.

This is a pretty simple system in hindsight, but it can get a little bit confusing since adding any of the Optional Reagent Embellishments or using a piece of gear with the special effects on it adds the “Unique-Equipped: Embellish (2)” trait to that piece of gear.

Similar to Shadowlands Legendaries, you can only have 2 pieces of gear with bonuses that count towards the Embellish limit (pieces that have the “Unique-Equipped: Embellish (2)” trait) equipped on your character at a time. Being able to have more than one makes for some interesting choices and combinations, especially for some classes.

So for example, if you are using the powerful Elemental Lariat already, you only have one more embellishment slot to pick from the other bonuses since the Lariat counts towards that limit.

Currently, the only extra Embellishment effect not counting towards that limit is the Alchemical Flavor Pocket, this can be added into the Embellishment slot when crafting an item, but this could change in the future.

Keep in mind that all crafted gear that either have the Embellishment option when crafting, or have the “Unique-Equipped: Embellish (2)” trait uses a Spark of Ingenuity as a reagent. These are time-gated per character, so its worth making sure you know what combination of items you want to craft with them first. At the time of writing this article, you can acquire up to 4 Spark of Ingenuity per character.

Where to get and how to use them

Most Embellishments can be crafted on the item as a baseline, whereas others are crafted as a separate reagent, such as the Potion Absorption Inhibitor. The separate Embellishment reagents can also be bought and sold on the Auction House, with some able to be farmed (check out our article on how to farm Alchemical Flavor Pocket).

If you want an Optional Reagent Embellishment all you have to do is add the Embellishment you want into the “Add Embellish” slot when crafting (or re-crafting) your piece of gear. 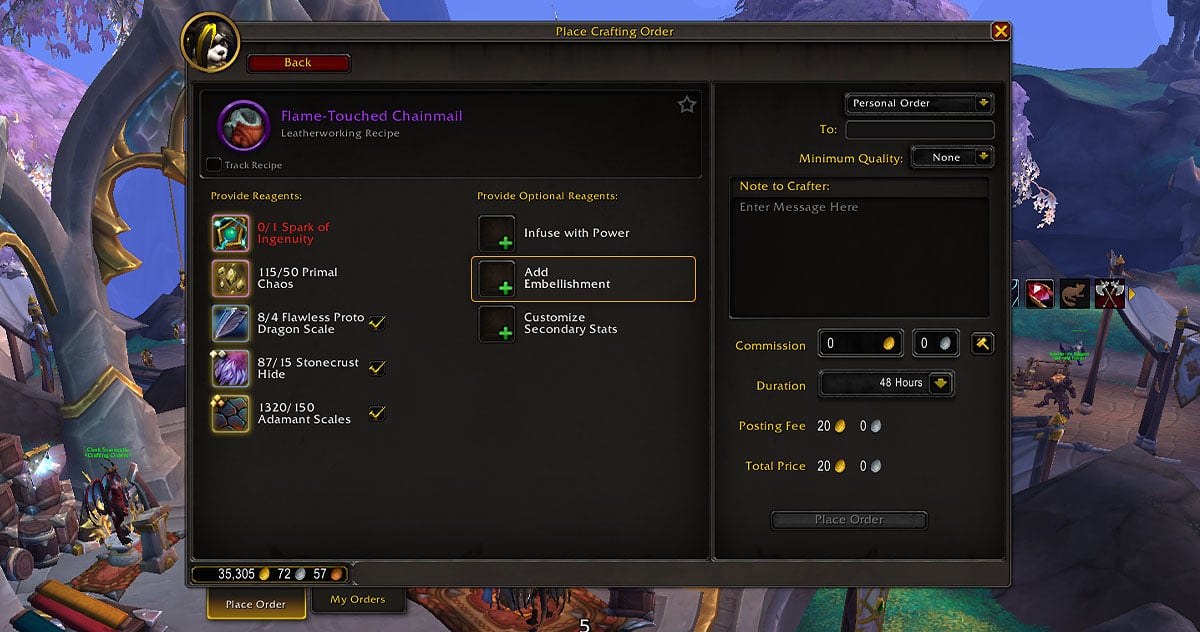 If you instead want a piece of gear that already comes with a bonus, like the Infurious Legwraps of Possibility, you can craft the piece normally and it will already count towards your Embellishment limit.

Although it works as a normal Embellishment in every sense, the Toxified Armor Patch is unique because by itself it does not provide any buffs on its own, instead it double the effects of other Embellished pieces like the Venom-Steeped Stompers, making it a very competitive usage of your two embellishment slots if combined.

Keep in mind that the negative effects of the Toxified gear are also doubled by the Armor Patch! 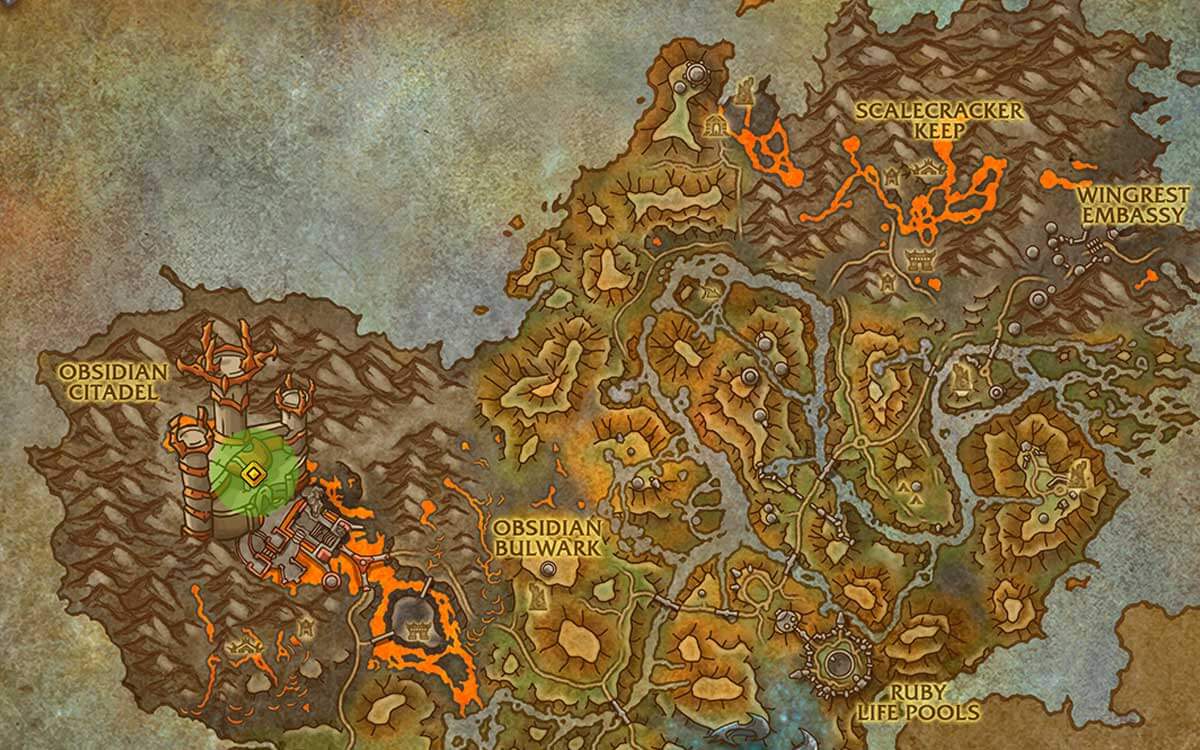 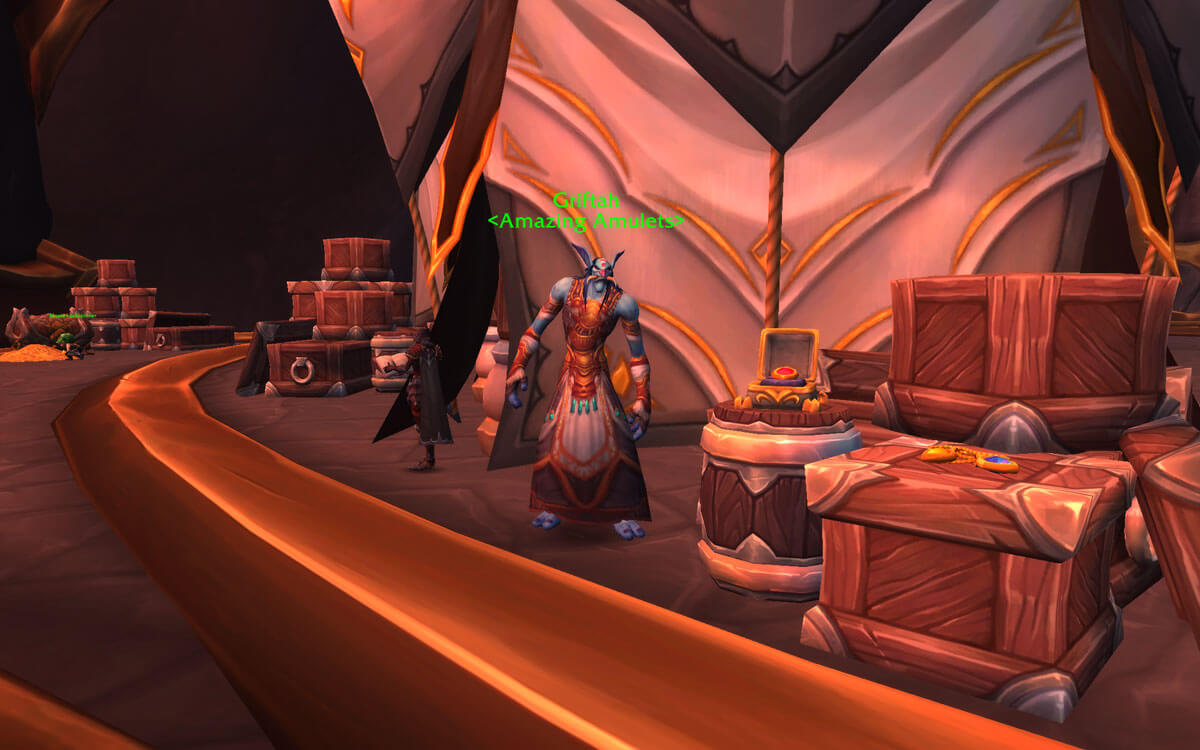 Now that you have the overview of how the system works, here is our handy list of all the Embellishment options you have at your disposal, grouped by Optional Reagents and the crafted gear that already comes with bonuses.

These are the Embellishment options available as Optional Reagents:

This is the most flexible option for any class, since you can freely choose between Epic level crafted gear (like the Mail Belt Flame-Touched Chain for example) allowing you to apply best in slot secondary stats on a slot that otherwise you wouldn’t have.

Hopefully this article helped you understand the Embellishment system a little better, and if you want some class specific suggestions you can check out our Dragonflight Class Guides.