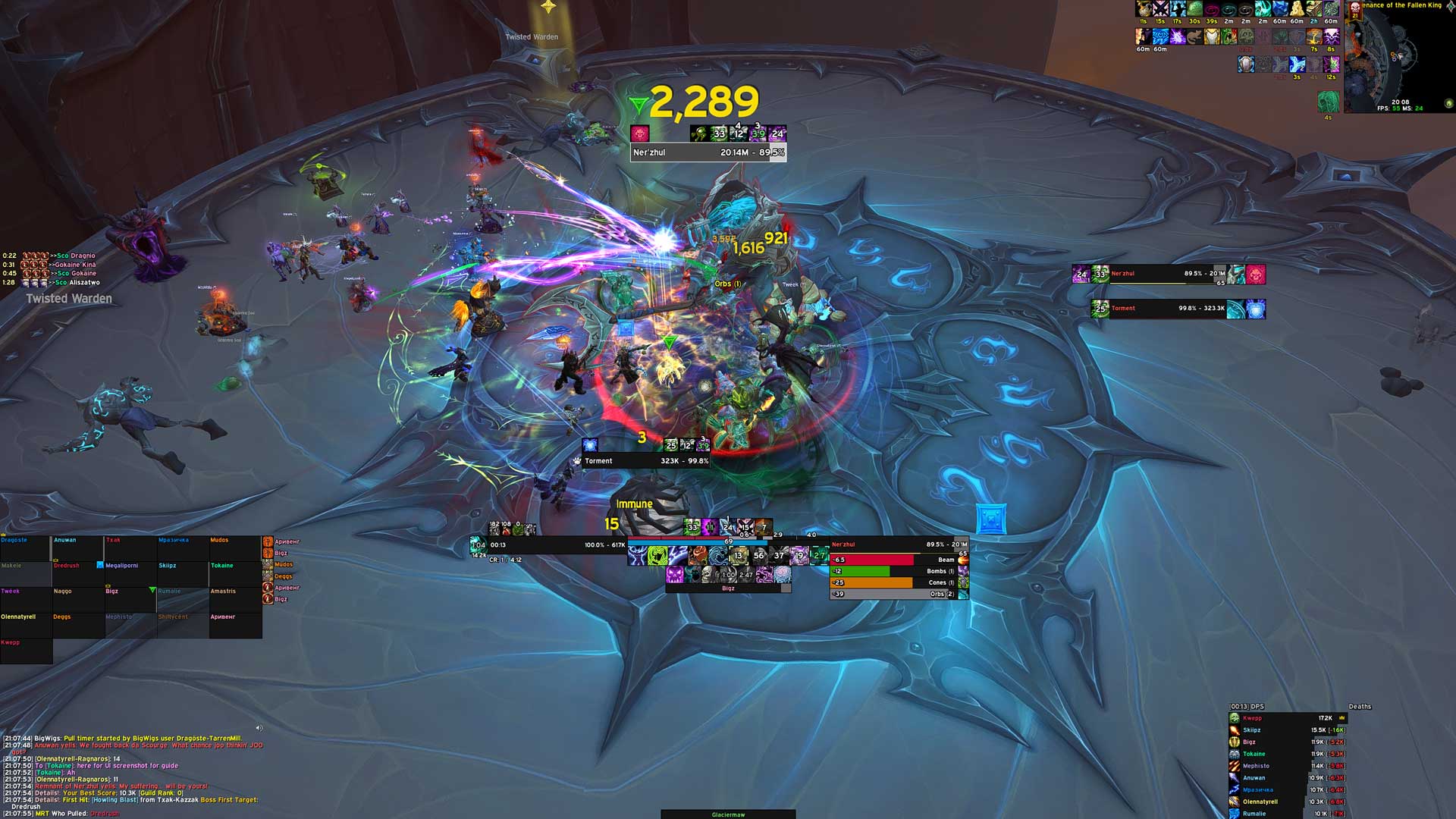 Everybody has their own personal taste when it comes to UI's, but I want to recommend some very key addons as they can make a big difference.

When raiding, it is important to have timers for the fight's mechanics because not only will this help you play the encounter correctly but it is also very important to know when adds may spawn or when a boss becomes immune to damage/goes to a new phase etc.

This addon can track and display crucial information about your raid team, which is very valuable when raiding. It also comes with a multitude of other features such as combat timers, combat res trackers, raid team cooldowns and gives you more in-depth details on your raid team and the events that happened during an encounter. It's also commonly used as a way for your raid leader to distribute assignments via the "Note" feature.

Along with AddOns, Macros can also be a very big game changer and make things a lot better. Here are some Macros that I think are essential when playing Unholy Death Knight.

This acts as a mouseover/current target Death Grip macro, but it also cancels your attacks against that target if you have it selected. This is useful if you want to grip an add that is already CC’d. Death Grip does not break CC, but auto attacks do, so this macro negates that problem.

Cursor macros are used for abilities that generally have to be placed on the ground. This macro makes you place the abilities a lot faster and less clunky, but do pay attention to where your cursor is when using these macros.

Very good for sniping low health adds without having to switch targets.

This is for your combat res and only works on Allies, not enemies.

Other Quality of Life Macros

This will use Mind Freeze on your focus target.

As both of these talents are on the same row, you can use the same keybinding for them, and this macro will change based on which of these talents you have. If you have Army of the Damned talented, it will appear as a question mark and won’t do anything.

One of the most important addons you should have is WeakAuras. With this addon you will be able to get well laid out trackers for your ability cooldowns, buff uptimes, class resources as well as WeakAuras that are specifically made to track debuffs and mechanics happening in the raid. You can find a multitude of WeakAuras on https://wago.io and Unholy Death Knight specific ones over at https://wago.io/shadowlands-weakauras/classes/death-knight/unholy

For Unholy Death Knight, these are the main weak auras you want to track with WeakAuras: