Paragon Goes Mythic: A 10 man View on the Raiding Changes

We've covered Mythic raiding with three of the top 25 man guilds and gotten their opinions on how the change will affect them so now it's 10 man's turn. Despite the fact that they are getting the raw end of this deal, if we can get Paragon back in the race with Method, Blood Legion and the others this Mythic move might really be worth it. Blizzard have also made their stance on the matter known recently, explaining why they decided for 20 man specifically and how 10 man guilds can cope. So we spoke to Paragon's guild master Seita to see what their situation is at the moment and how they reacted to the news. 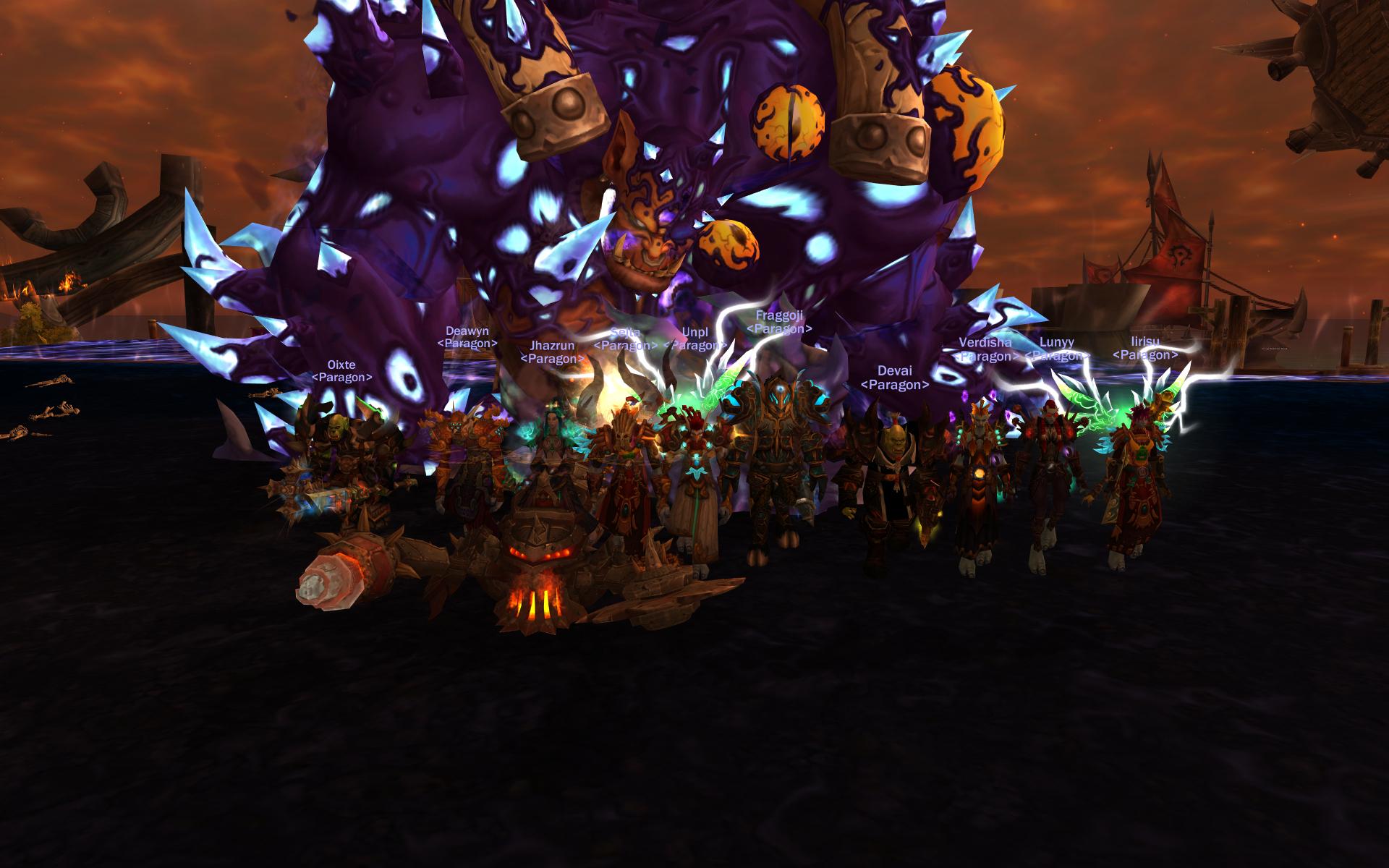 Were you watching the BlizzCon streams live when you found out about Mythic? What was your immediate reaction if so?

I didn't watch the BlizzCon panels, but when I heard about it my initial reaction was just "Ok." WoD is still so far in the future so it's hard to say how things will turn out in the end.

What was your reaction later when you thought about it for a while?

"I guess we have to start recruiting early so we can get the word out to as many people as possible, because it won't be easy to double our roster and keep the quality of the players satisfying."

How problematic is this move for you?

I would have preferred to continue raiding 10mans as I feel like we have a good thing going here, everything seems to work perfectly and effortlessly in the guild. It will be a tough task for the 10man guilds to more than double their rosters, I would guess around 70-80% of them are going to fail at this but there will be some new guilds forming from the ashes. For the competitive 25man guilds this should be really good news as they can make their rosters even better than they currently are - if I was be raiding 25man I would be happy to hear the news.

Pretty sure if it was 20man at the start of MoP we would have tried it out instead of 10man.

How did your members react to the news?

Was there ever any thought of actually quitting?

You've now put out a recruitment post on your site. How is it going so far and do you think it'll be enough to keep you intact?

It is going as expected, mostly people with no proper experience who we can't rely on have applied. The recruitment has been open for 3 days now and we have gotten 2 decent applicants who we can test on the beta to see what they are made of. So far none of the players from our old 25man team have expressed interest to start playing the game again. So we still have 8-10 spots to fill up and currently it's impossible to say how it will end up going.

If you don't manage to cope with just recruitment, have you given any though about other options, like a merge with Depraved or even recruiting non-Finnish players?

I'm a bit tired of hearing "merge with Depraved" from "everyone" - it's not gonna happen. We are a hardcore guild raiding 24/7 during progress and they can't put in the time, so merging with them is out of the question if we want to maintain the #1 position. I'm not even thinking about what to do if things don't go well with the recruitment, we will deal with it when it's relevant.

How many players do you feel would be necessary to run a properly competitive 20 man guild?

Do you think this was a good decision overall by Blizzard, for the entire hardcore raiding community?

Having everyone playing in the same bracket is good for the competitive raiding scene. I don't know if 20man was the correct call as it will really hurt the 10man guilds. I'm 100% sure our level of play will decrease going up to 20man, maybe 15man would have been more doable for the 10man guilds.

Anything else in closing?

We are recruiting: When we were in this position before MoP we tried everything to find quality Finnish players everywhere we could think of and in the end it wasn't enough, I just hope that we can reach the players we missed last time.