Welcome back to another episode of Healing Method. Last week we talked about the beginning of our journey into the Mythic version of Hellfire Citadel. We had time to talk about Hellfire Assault, Iron Reaver, Kormrok and our heroic raids. In case you missed it, go check it out as well! We had now reached the Hellfire High Council encounter and it was time to get our serious pants on. With our new items from heroic and crafted gear, and Paragon having passed us in Mythic kills it was definitely not any time to relax. 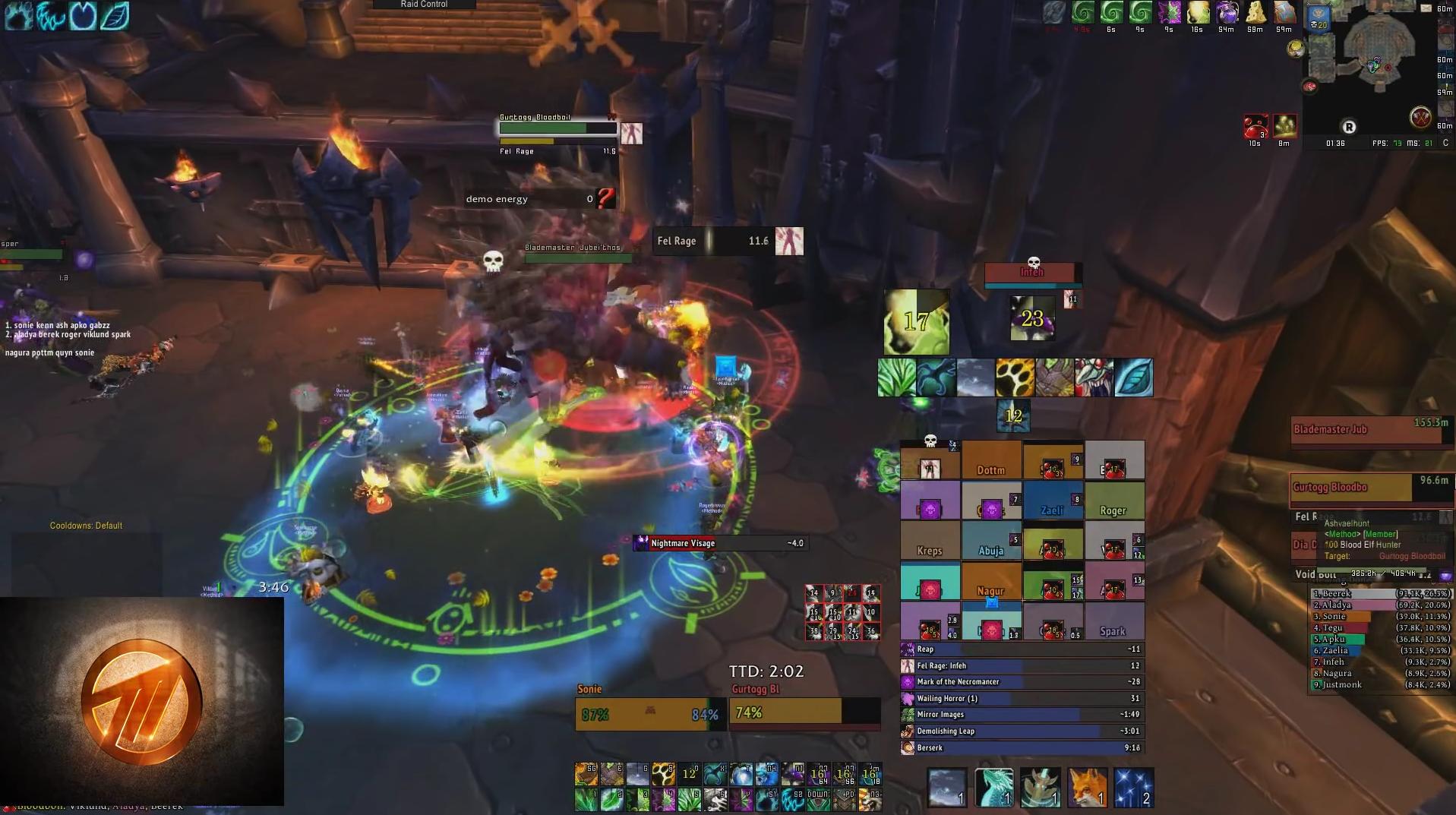 The council fight was about the same difficulty as the nerfed Kormrok, maybe a bit more since we did in fact have a few extra item levels and most importantly leech trinkets for me, Zaelia and Apko. We did indeed end up 5 healing this encounter as it was easier to sustain and we didn’t want to waste any time at all. We actually started out 4 healing and it went “okay-ish” but quite quickly decided to make the swap.

I was truly amazed by the power of the leech trinket, it felt like you were doing it with 1 extra healer just because you had 3 trinkets. Obviously this healing doesn’t show up on the healing list so a heads up to you raid leaders out there to not judge a healer too quickly by the meters if he or she is using it. The fight felt quite similar to the heroic version, at least from a healer point of view and he fell over without too much trouble. It took us 9 wipes in total. 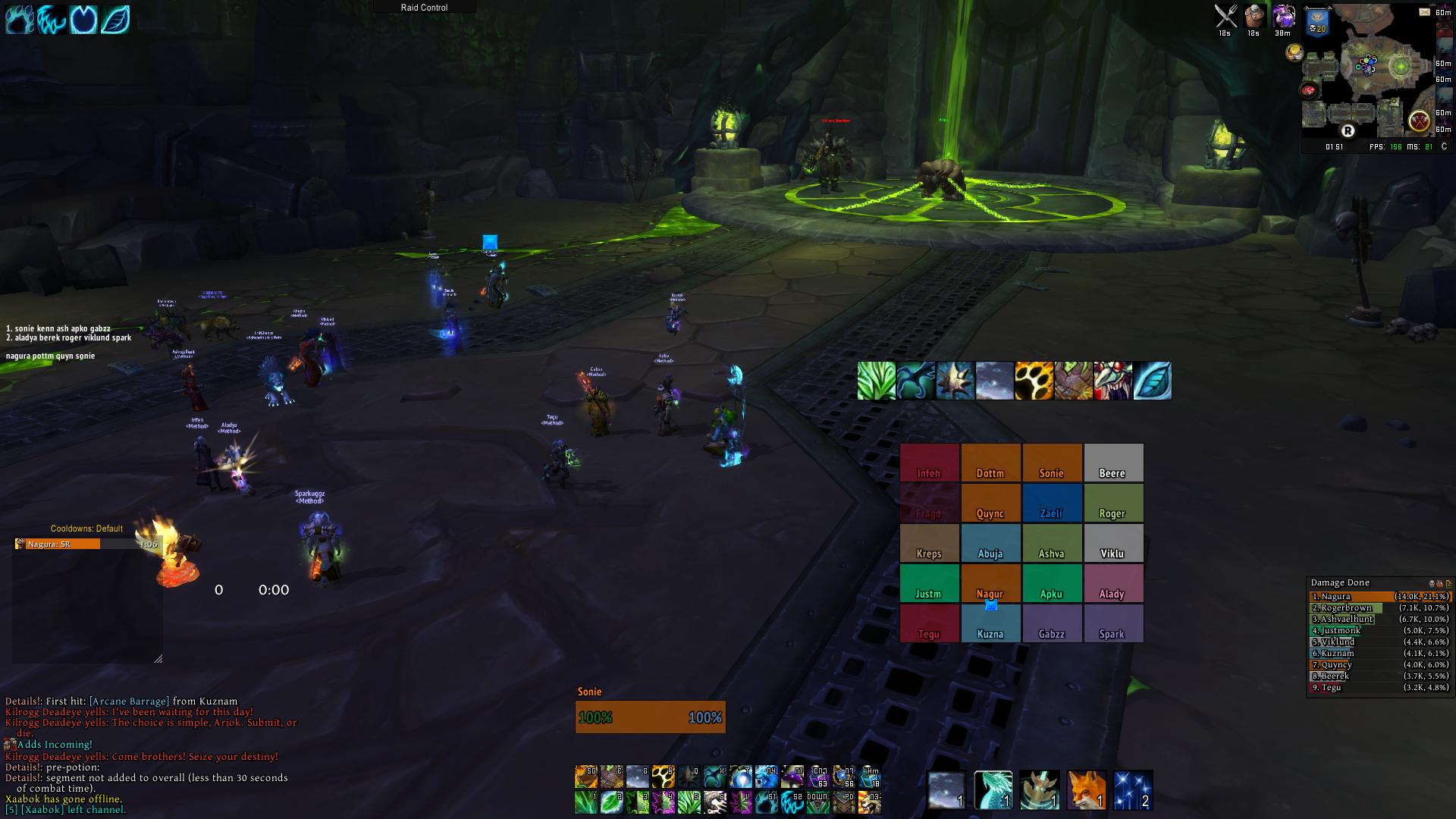 Next up was Killrogg Deadeye, which was quite special and fun in my opinion. It was really fun to go inside the special room, whatever it’s called, and then after to come out with a big healing buff and go ham. We actually made a mistake on this encounter, we used Bloodlust/Heroism on the pull as you can see in our video. The reason for this? Lack of preparation and making assumptions without actually trying it. If you didn’t know, it’s recommended to use Bloodlust/Heroism when he starts using double Heart Seeker to quickly kill him off before he kills you. Double Heart Seeker on Mythic where the debuff doesn’t disappear really puts stress on your healers, and it makes the fight a lot easier to quickly kill him off with Bloodlust/Heroism at this point.

We assumed that this Heart Seeker was time based, and obviously then it would be best to use it in the start. But it wasn’t the case, it was % HP based. But we ended up killing the boss in 8 attempts anyways, which wasn’t too shabby, so it was not the end of the world. S**t happens, can’t be 100% prepared for everything. 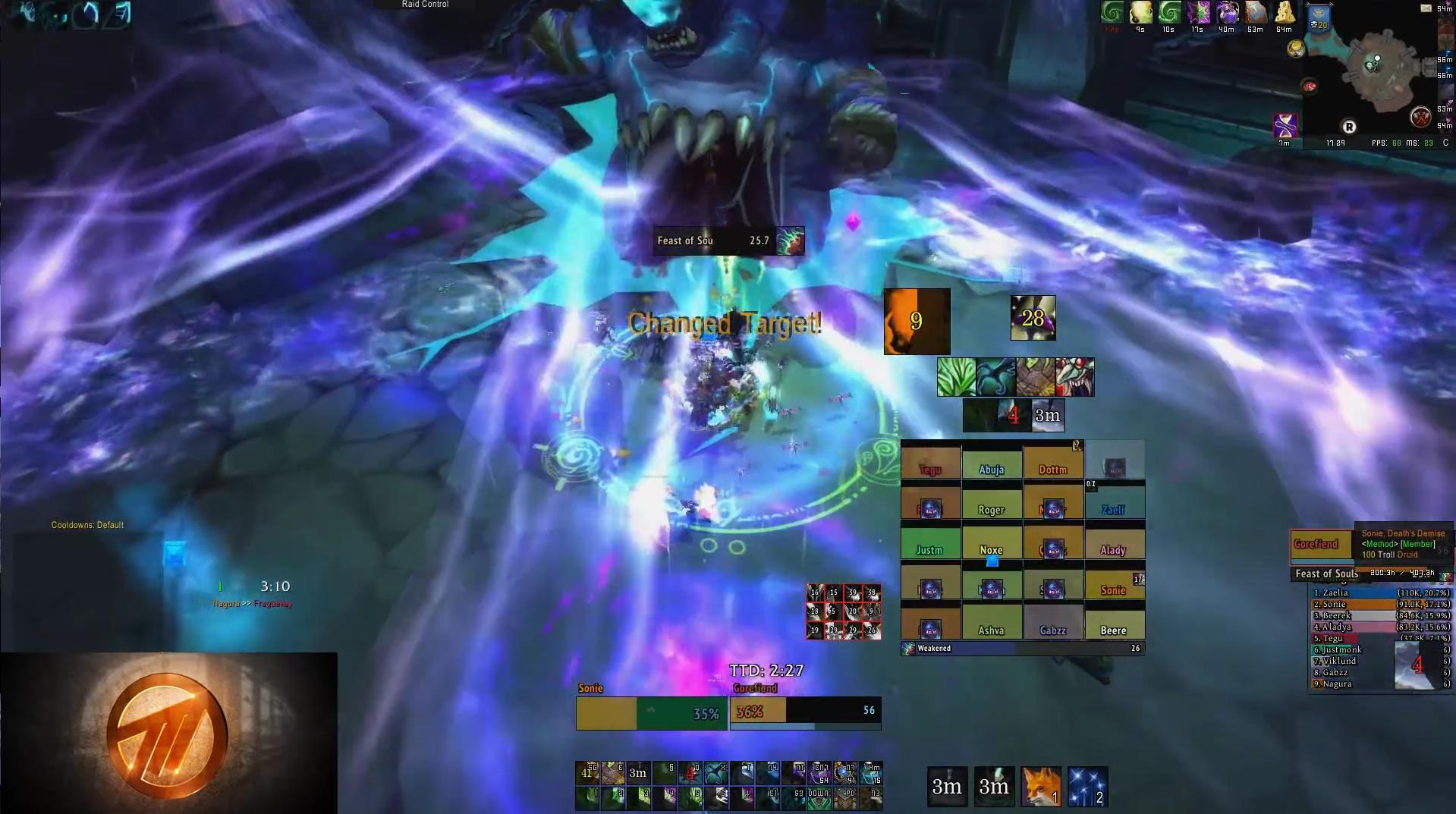 The next encounter was very interesting, Gorefiend. He definitely put up more of a fight than the previous encounters and he ended up being a wall for many guilds. This was really a control fight, but also another test on your healers. You had to keep up on the adds, while at the same time keeping the raid alive from the massive Touch of Doom damage. But the really difficult part of healing this encounter was the Feast of Souls phase. It wasn’t that easy with 4 healers, and again I believe having the leech trinket on both me and Zaelia played a big part of this as the leech healing in this phase really was massive.

So this encounter was a struggle with balancing having enough healing and having enough damage to not fall behind in phase 1 on adds. Most guilds ended up 5 healing this encounter so I definitely believe it helped us a lot that we were able to 4 heal it and maybe it explains our low wipe counter here compared to the rest. We killed Gorefiend with a total of 45 wipes, our first World First of the tier and it felt nice to prove already here that we were better than our competitors since we actually reached the encounter way later than both Paragon and Midwinter who ended up killing it after us.

And that's it for this weeks episode. Make sure to tune in next week for more action. On Tuesday I’m traveling to Spain together with Soniegirl for 15 days of vacation. But I won’t let you down, will still publish articles on Sunday as usual. I will be slower with reading and responding to comments, but I’ll try to get around to it when the time allows, probably in the night before sleeping. See you next time!