The race is on! This time around we ”kind of” learned from our previous mistake in Blackrock Foundry, to do heroic raids before mythic. We decided to do 3 bosses on mythic before doing our heroic raids. At least it was an improvement from the previous tier where we didn’t do any and we got stuck on an extremely bugged Kromog for a few hours while Paragon spent that time doing heroic clears and later had a very easy Kromog after the fixes. We did waste some time here still though, as Kormrok was a bit overtuned in terms of the 3 wave globules. If you watch our video and compare it to some of the later guilds, you can see how much they nerfed the globules. But I’m getting ahead of myself, let’s start with Hellfire Assault. 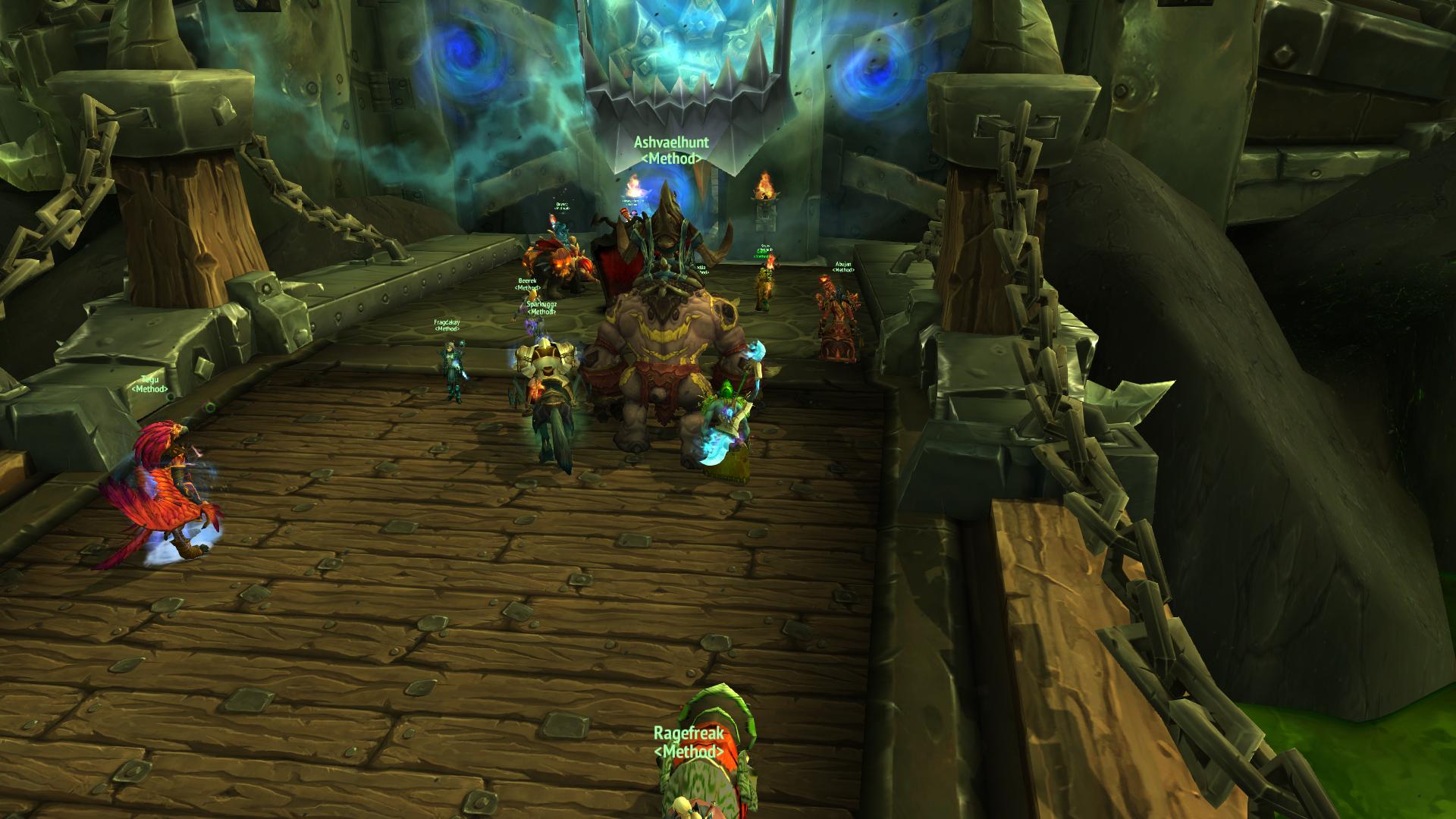 I think everyone's expectations of this fight was for it to be extremely easy but we have a history of underestimating the first bosses in previous tiers which lead to that people just playing completely yolo and not paying much attention. And it’s what happen here again, but luckily we didn’t wipe because of it.

The fight started out extremely slow and it actually felt like we forgot to switch the difficulty to mythic instead of heroic. But luckily the fight ramped up a bit, at least towards the end. For healers it was a snooze fest up until the end where a lot of Felcasters show up. I don’t recall exactly what happened but I believe some vehicles were incoming and a lot of Felcasters got pushed and cast Metamorphosis. Finally there was something to heal, actually a bit too much and we were extremely close to wiping, but luckily our cannons managed to finish the encounter before the encounter finished us! Hellfire Assault fell over after 0 wipes. A promising start for once, which was about to be destroyed. 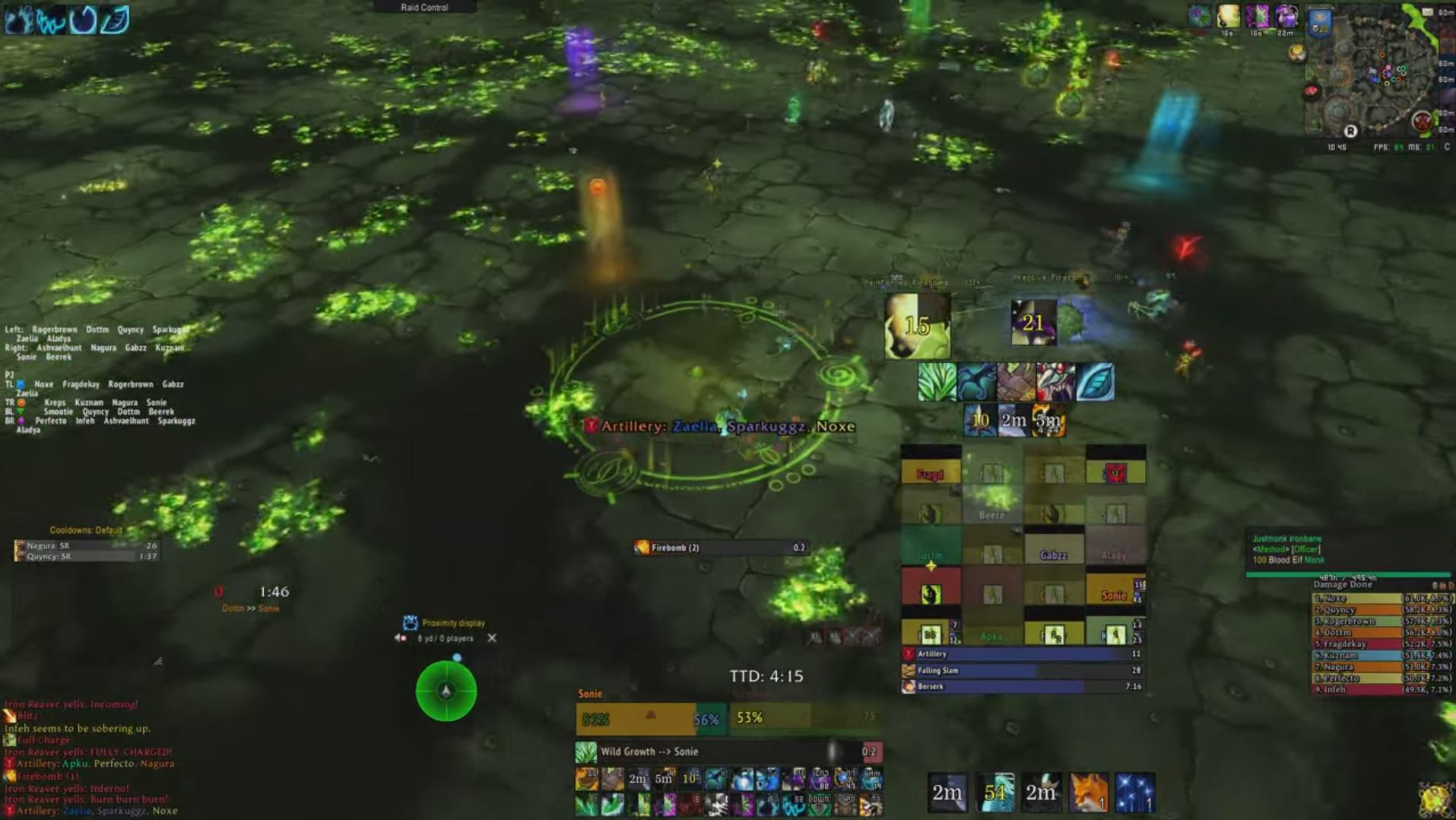 Next up was Iron Reaver, and it definitely caused us more problems than it should have. Aladya started disconnecting all the time, and we tried first to go with 4 healers, which was definitely doable but unnecessary. A few mess ups on Barrage, including myself that for some reason thought my Displacer Beast was ready, but apparently it was not. We had 3 stupid wipes to Iron Reaver which was a bit embarrassing but not the end of the world I guess.

Now we started to have some discussions on teamspeak about our plans. Some people wanted to do the heroic raids now, while some others wanted to kill Kormrok as well before. Both paths had ups and downs. If you do mythic first, then you know who maybe coined something, or who got some piece of loot. And you could optimize the heroic raids and not waste loot then. On the other hand, having the extra gear from heroic and waiting for Blizzard to fix some broken/overtuned stuff can be a big time saver. After some discussion we decided to continue and do Kormrok aswell. The encounter wasn’t that difficult. We had most of the stuff figured out from PTR already. To be honest, the most difficult part of this encounter for us was the Empowered Explosive Runes. I think most of our wipes were due to that, and the second biggest reason for the wipes was the globules at around 20-30% of the boss where all 3 waves come at the same time. As I mentioned before, this got nerfed shortly after we killed it, and I believe if we had done heroics first and waited for this fix, we could have cut down on maybe 6-7 wipes. We had 18 wipes to Kormro kin total 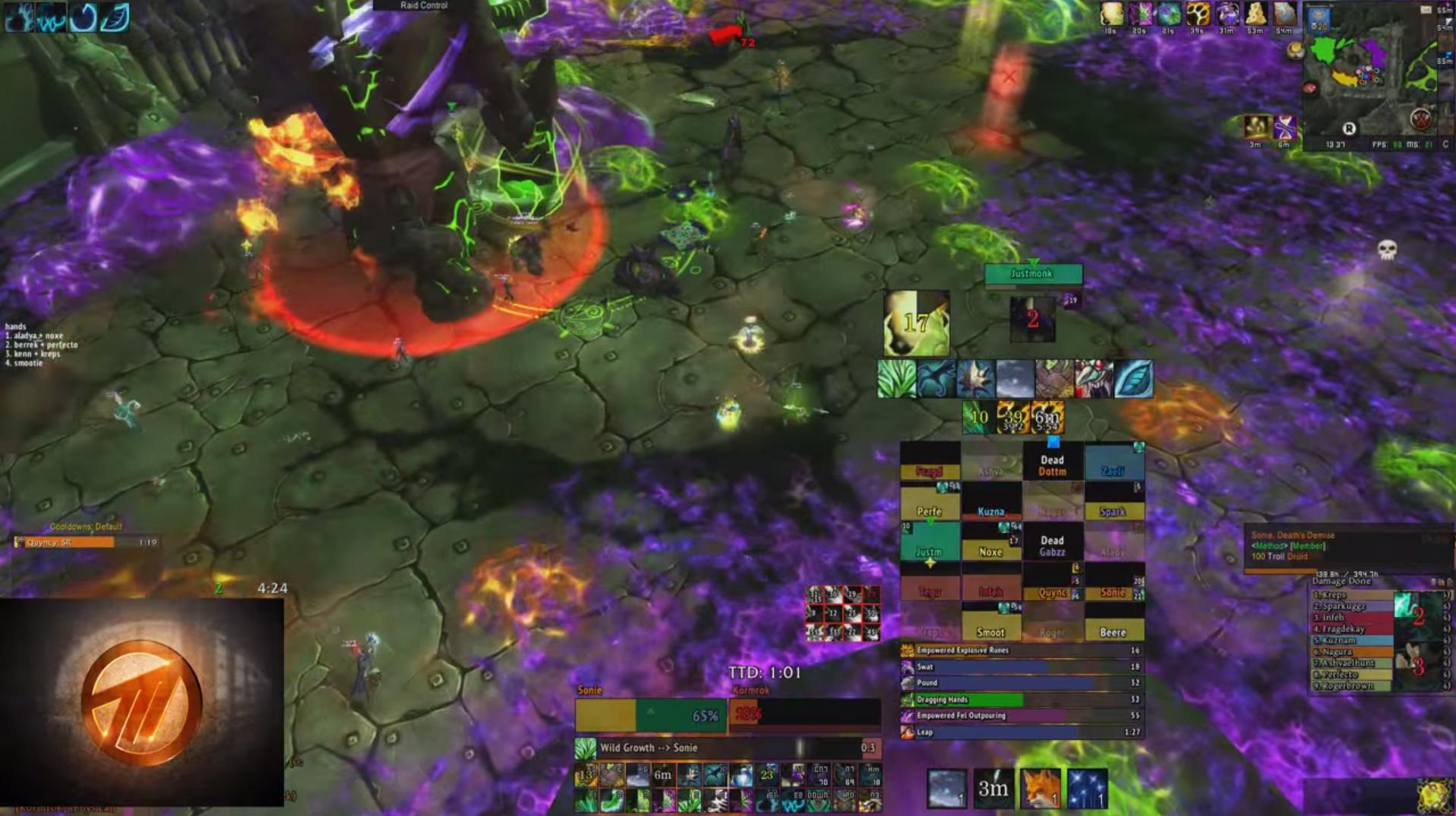 Personally I believe it would have been better for us to start with heroics after Iron Reaver, but it’s easy to sit here and say so now after we know how it played out. At the end of the day, it wasn’t that big of a deal. After Kormrok it was finally time to do the heroics. I had big hopes that I would get to finish my 4p bonus. Oh boy, I was wrong. I wasn’t able to finish that until the week after. It’s really stupid how many people need vanquisher tokens in a 20man raid. The heroics went ok, I don’t wanna get too deep into that as we already talked about them in my previous blog. We did 4 runs, and towards the end of our last raid Paragon had finally started with their mythic raid and they actually caught up to us and passed us. We got some intel that the globules had been nerfed and we were a bit mad at ourselves and Blizzard that we didn’t delay Kormrok. But oh well...

After the heroic raids, we took maybe a 30 minute break to finish some crafts. We didn’t wanna do crafts before we did the heroic raids this week, as maybe you would get lucky and loot something equal / better in there and all that gold would be wasted that we could have used to craft another piece that we actually needed. This helped us a lot. Our average item level raised from 708.38 which we had after the Kormrok kill to 711.38. So a 3 average item level gain in our raid group, that’s actually a very big deal! We continued our journey to Hellfire High Council where I for the first time would be able to try out the leech trinket which I luckily looted in the heroic raids. 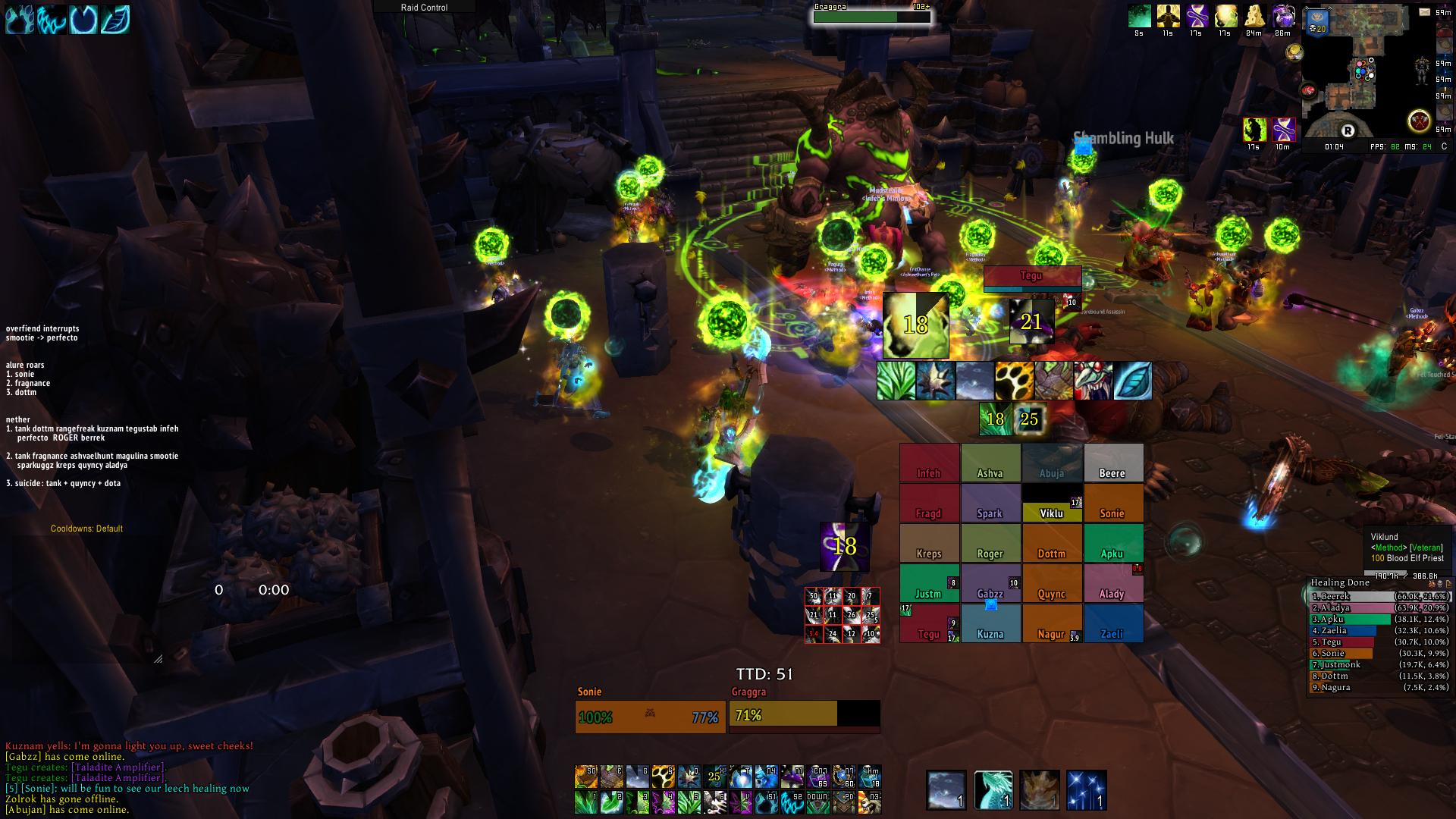 That's it for this week, next week we will continue with Hellfire High Council, Kilrogg and Gorefiend. See you then!