Hi, I’m Mark, Most people know me as Wormie and I've played World of Warcraft since US Beta, then to US live and then EU live. I have played in some truly amazing guilds throughout my time in WoW. The most recognized would be , , & , my current guild.
Throughout these past 8½ years I have been raiding all dungeons and raids that Blizzard provided, and now I hope to be able to give you some detailed insight into “hardcore” raiding Vanilla style. Throughout out my “career”  I've played Hunter,  DPS/Tank Warrior, Holy Paladin, and Warlock (which is my current main) 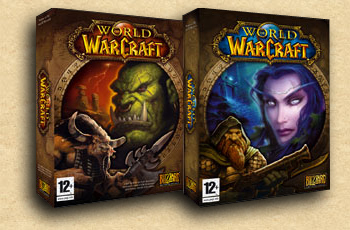 Back in Vanilla things were a lot different compared to what Blizzard provide you in the current expansion. There was nothing called 10 or 25 man raid types, it was all 40 man or whatever you could bring. The Alliance and Horde were different and there were massive balance issues with abilities and races, most of which worked out in favor of the Alliance.

When Blizzard released World of Warcraft, most people who started playing the game never played an MMORPG before. And those who had all came from heavy focus PvP games with very little “hardcore” PvE. So basically everyone started from scratch, including me. I played a Hunter in vanilla US release but swapped to a mighty Tauren warrior at EU release. Together with 10 IRL friends and a bunch of people I known from other games I started my adventures in World of Warcraft. There were plenty of websites talking about this new game and most Scandinavians had chosen a server called Stormscale-EU. Me and my friends went there as well and the server was later known as Swe-scale due to the many Swedish players.

After adventuring around in the world doing dungeons and world pvp with my friends, I decided that I wanted to try to raid, so I wrote an email (in-game because that was the s**t back then) to the Guild master of one of the best guilds on the server called Nilbog. It was an almost pure Swedish guild who had just taken down Onyxia when I wrote to them.

This was the first Major PvE achievement on the server and everyone was super impressed, including me. So when Rocksteady wrote back to me in a PM asking if I would join tonight’s raid on Molten Core, I was so happy and more nervous than I have ever been. I got invited to this group of 38 people and just ran into the instance. The first feeling I got was something like "this game is amazing, the rooms and the creatures are bigger than anything else in the game and the feeling about being part of something epic feels so good". Nilbog already downed a few bosses by the time I joined them and my first every encounter with a raid boss was Baron Geddon. The encounter had a mechanic that made you take 3200 damage (which was a LOT of damage back then), and threw you up into the air. But the damage from the debuff was not just hitting you but everyone around you. I remember being told that whatever you do if you are the bomb you run to the wall and die. Looking back now, having 8 seconds to move away from the rest of the raid would be a LFR joke but back then it was the “hard” mechanic because it was new.

We killed Geddon and guess what dropped: Bindings of the Windseeker (the first part of 2 to combine for a legendary sword, the first of its kind). Back then no one knew what it was, someone heard it was a 1h sword of some kind but it required 2 pieces to get, and most guilds ran DKP systems for loot so no one wanted to use their hard earned points to get a quest item. And the first and last binding of the windseeker from Baron Geddon in Nilbog went to a Hunter. It’s also worth keeping in mind that the loot from 1 boss in Vanilla with 40 players was usually 2-4 pieces depending on the encounter, so getting raid loot was VERY special. I remember my first loot was from Garr where Brutality Blade dropped (this was like my 5th raid with Nilbog), I was filled with joy the whole evening.

Have you ever done a boss in a room that it didn’t spawn in? Well, in Molten core that was the standard. After you killed Garr there was a huge round room that equaled the perfect spot and range for a boss fight. Also some bosses were “roaming” Inside MC making it impossible to fight them where they stood without risking pulling the other roaming bosses. Our tactic for this was to use a Hunter to control his pet. Then he ran all the way from Garr’s room in to Shazzrah & Geddon’s room and pulled them, and when the pet died the hunter would have agro and would run to Garr’s room, where the boss fight started (luckily there were no enrage timers). You've probably heard this story before, but this is the first iteration of it!

Blizzard hate melee! Actually, melee were the best dps’ers in most of Vanilla but it all started with Shazzrah. The boss often does an Arcane Explosion which makes everyone in melee take up to 1k arcane damage (25-30 % of your health). This effect could be reduced by buffs but it was still a lot of damage to heal up if your raid was melee stacked. Often there wasn’t enough healing so you had to run out of melee and start bandaging yourself or start shooting with your bow while you wait for a healer to be able to heal you up (which happened quite a lot!). Some guilds even just used the melee as “hunters” all fight. He had a teleport that he used on a timer where he'd appear on top of a random member in the raid and start arcane exploding. If you were really “skilled” back then you could taunt him as he cast the teleport animation and he would run straight back into the middle to attack the tank instead. Back in Vanilla, you weren’t able to see what buffs an enemy target had unless you had a mage in the group, so for this boss you needed to keep up a spell that is no longer in the game called Detect Magic. This was need because Shazzrah put up a buff on himself continuously called Deaden Magic, which reduce damage taken from Magic spells and effects by 50%, and it needed to be dispelled as soon as possible. The fight was pretty easy design and once you knew what the boss does it was an easy kill, especially if you had good tanks.

If you read the article A History of World Firsts: Vanilla then you know that Ragnaros was alive for months before anyone killed him. But there was a very good reason for this: in Molten core you had to gain reputation by killing bosses with a faction called Hydraxian Waterlords. You had to be honored with this faction in order to obtain an Aqual Quintessence, a 1 time use item that “Douses a rune of the firelords”. You got this item from a quest giver south of Azshara out in the water so it wasn’t super accessible and you had to heartstone to get out of there again. I believe that you needed to douse 6 runes to spawn Majordomo Executus, each placed at a boss and, obviously, you needed to kill them douse the rune. 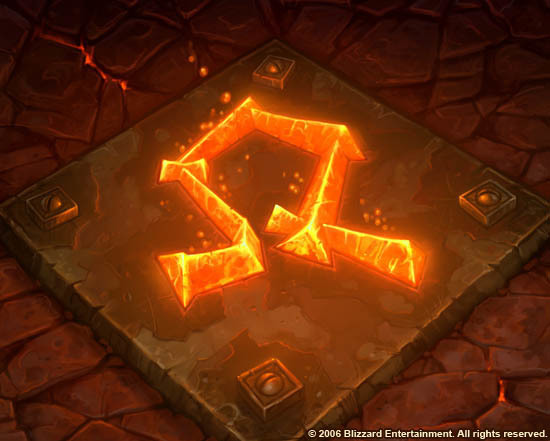 When the last rune was doused Majordomo would yell out in Molten Core and spawn in the furthers corner away from the entrance, and he was the first fight where you actually don't kill the boss but the surrounding adds. He came with 4 healers and 4 melee dps’ers and once all of these adds had been killed he turned Friendly and spawned a chest with loot in it, while he disappeared into Ragnaros' Lair. The fight was relatively simple, 4 tanks tank 1 add each while you CC the 4 healers. And then you dps them down 1 by 1. This is also a fight that gets easier over time as you have less adds to deal with there and significantly less incoming damage, so most wipes happened on the first melee adds. While all this was happening you also need to have a tank on Majordomo himself, away from the other adds. Once in a while he would swap places with one of his melee adds and then it’s up to the tanks to get them under control again. There were 2 shields you had to watch out for: Purple Shield - while this shield is up, up to 100 melee damage per hit reflects back to those inflicting it. White Shield - while this shield is up, Each magic attack has a 50% chance to reflect back to the attacker. Both Majordomo and his adds could cast these shields on each other and they needed to be purged. Once the melee adds had been killed the healers remained, they became immune to CC effects like sheep and you had to fight them all together, meaning you needed to counterspell, stun and interrupt the cast on all 4. Sometimes this could be very frustrating as it was one of the first encounters where you were kind of relying on everyone playing well to coordinate the stuns and interrupts. However, most guilds didn’t get stuck on this encounter for too long. 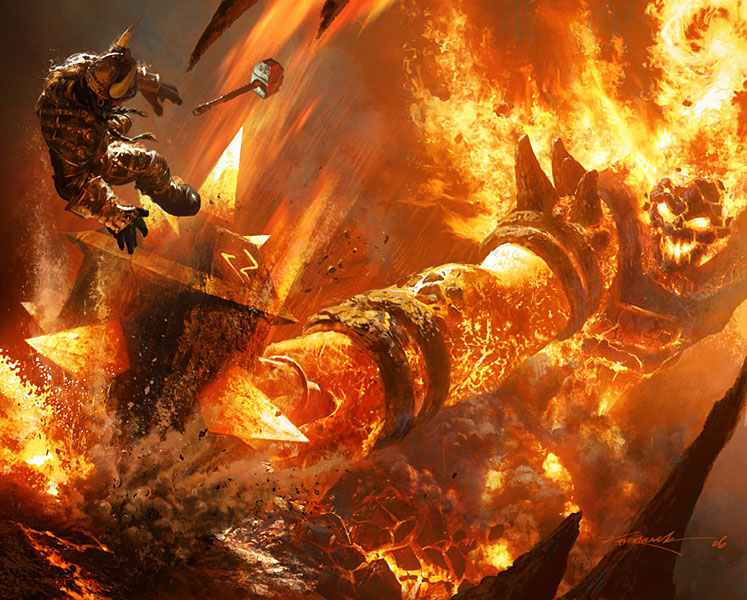 Whoa, that was a lot for the first entry and I don't want to overwhelm you guys this early. So the next time we continue with some focus on hardcore raiding itself, leadership and organization of guilds back then, the biggest bug/exploit in WoW history and, of course, the race for Ragnaros.