Nighthold has taken four top guilds away from the race: From Scratch, Danish Terrace, SNF and Midwinter, with many others having to deal with roster and exhaustion issues, even considering skipping Tomb of Sargeras, as the AP farm and (to a lesser and lesser extent as the expansion continues) legendary search added a lot more pressure on raiders on top of the already huge amount of dedication necessary to compete for World Firsts. We sat down with two Midwinter players, former GM Kaowa and Euphoneous to talk about how and why exactly their guild decided to go casual. 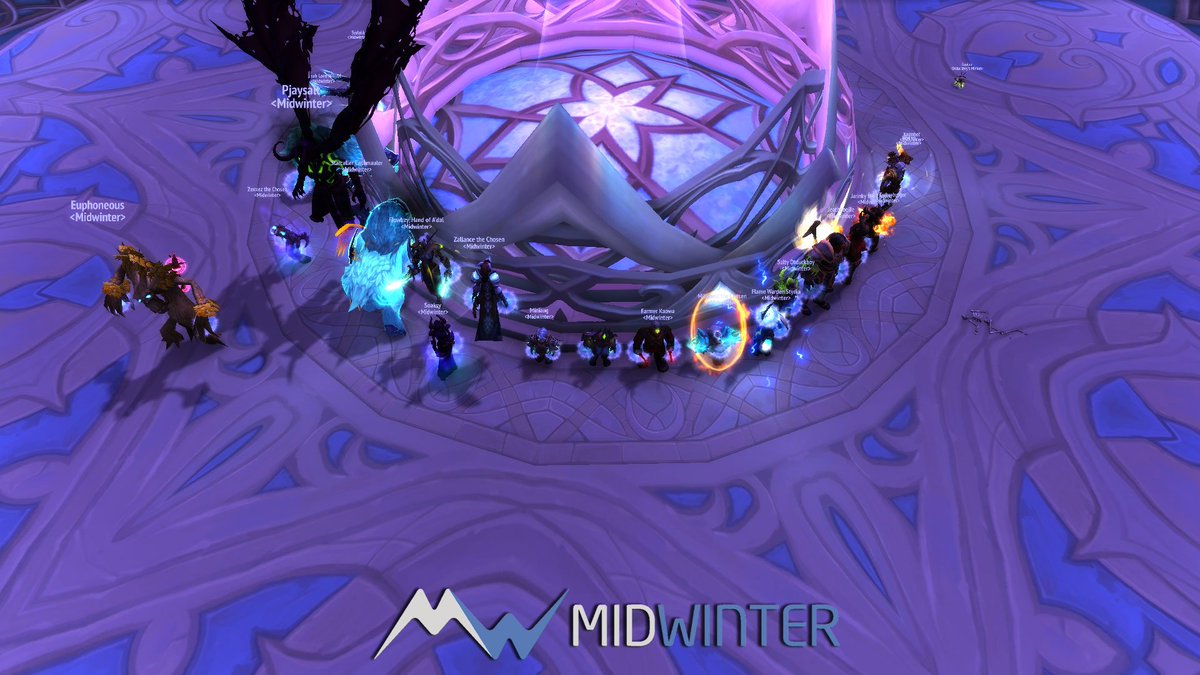 Tell us a little about the guild, it’s history in hardcore raiding, accomplishments etc.

Kaowa: Midwinter started out as a guild competing for server first back in TBC. Through Cataclysm, Midwinter prided itself on being one of the most competitive 20-hour a week guilds as well as being obsessed with going for US 1st "Glory of the X Raider" achievements. Starting in MoP, the guild became more interested in pursuing front page accolades, which meant increasing hours during progression and spending more time preparing outside of raids. Our peak end-tier ranking came in Tier 17 with World 3rd Blackhand.

Euphoneous: I’ve raided with Midwinter for a long time and I think the reason it’s lasted over the years is due to the players that have raided here. The community that surrounds Midwinter has always been outstanding, regardless of its rank in the HC raiding scene, and a lot of us have forged friendships that’ll last a lifetime - that’s Midwinter’s greatest accomplishment in my eyes.

What were the main reasons you decided to quit hardcore raiding?

Kaowa: Nighthold was going to be my last tier regardless. I'm just an old man and want to spend more hours on other things.

Euphoneous: There were quite a few players that could no longer put in the insane amount of time that Legion requires, specifically among the leadership. Farming to 54 on your main (and potentially off-specs), grinding for the BiS legendaries, and just trying to get lucky is rough. It just didn’t make sense to continue HC raiding in MW knowing a lot of us wouldn’t be able to commit to Tomb.


What was THE worst thing about progress in Legion?

Kaowa: The worst thing about progress in Legion is being locked to one spec (mostly as a pure dps) by AP and by legendary items, and in a similar vein, having non-existent talent choices within each spec. The most fun for me during progression, is constantly re-evaluating my choice of spec and talents to better cater to an encounter's demands. The class systems of Legion have all but completely removed that element of the gameplay.

Euphoneous: Farming AP. I had no plans to raid in Legion because I had just started law school but changed my mind about raiding after ToV. Coming back to the game, while behind on AK, and having to farm the AP to get to 54 traits was a truly miserable experience. I’ll probably never step foot in Maw again.

How would you fix these problems if you worked at Blizzard?

Kaowa: For artifacts, make AP apply to all artifacts instead of just one.
The legendary system could be taken a lot of directions but I think drastic changes are needed one way or another - the simplest and most fun solution would probably be to *significantly* increase the drop rates.
There's no simple solution for the talents themselves. They're just going to have to keep iterating until every row across the 36 specs presents an impactful trade-off.


How did you as a guild make the decision to stop hardcore raiding?

Kaowa: The guild was facing a situation where two officers were going to retire after Nighthold, and another two were unsure. While it was possible for the remaining officers to fill the voids, it would have been a lot of work and still carried a fair amount of risk. Meanwhile, an opportunity to join up with some of the officers and members from SNF to create a new guild had presented itself. Ultimately, those who would be participating decided that the latter was the more favourable choice for their goals going forward.

Euphoneous: The officers talked amongst each other and realized the future of Midwinter was going to be more casual. We had already lost some players due to real life obligations and from there it just didn’t make sense to continue recruiting new raiders when the majority of the leadership just didn’t have the time or energy to keep the ship afloat.


How many players still wanted to stay hardcore and how many quit to continue HC raiding with other guilds?

Kaowa: Besides the few officers who were retiring, most of the roster is still interested in hardcore raiding, and many still will be in the new guild, Solace.


If Tomb of Sargeras wasn’t coming that soon would you change your minds?

Kaowa:: It doesn't matter to me, but I will say the pace of the Legion instances to this point has been too fast for my taste.

Euphoneous: Nope. The time requirement each day/week is just way too high for me personally. 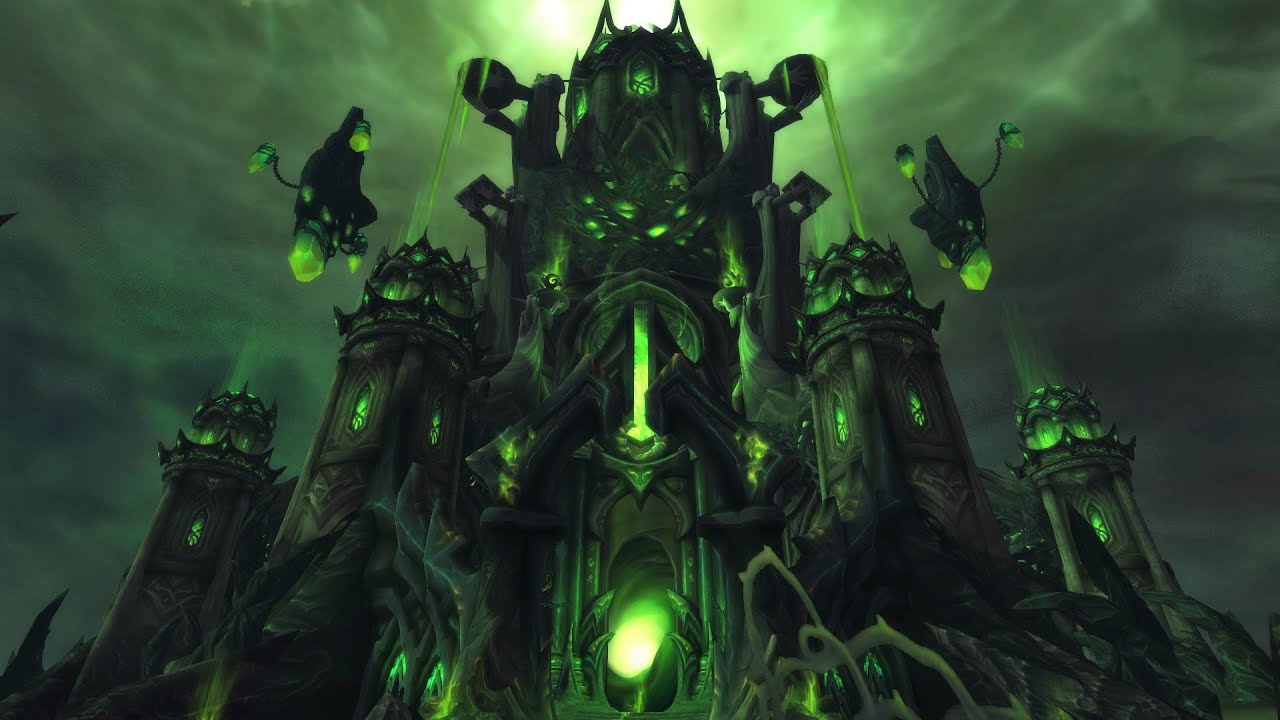 What is the minimum that would have to be changed in the game to make you come back?

Euphoneous: Reduce the amount of time everyone has to play to keep your main and alts relevant. Add some sort of system where you can choose which legendaries you receive. Drop a shard and let us go to a vendor!


What would you like progress raiding to have added to it?

Kaowa: For me, obviously, I have enjoyed the competition between guilds to see who can clear an instance first. To that end, I would like Blizzard to step in and formalize what it means to participate in that endeavor. Adding specific rules and limits to the race would actually do a lot to increase *real* participation in the race.

I acknowledge, however, that for 99% of the player-base, progress raiding is probably not at all about competition and is simply the act of completing new content, regardless of timing. To this end, I think Blizzard is already on the right track. Keep adding new content of all kinds, with increasing diversity, and be free of the shackles that competitive raiding has imposed on design in the past.

Euphoneous: I think I’d enjoy the game more if they implemented the same template system they use for PvP. Take away the RNG loot, stop rewarding the guilds who have the time to run 4-5 splits, and just make progression about personal play and creativity. Have the gear scale up by killing mythic bosses or something.


How do you feel about Nighthold progression in itself ?

Kaowa: Nighthold was a great instance overall. The bosses were rich with fun and interesting mechanics. The tuning was off on a lot of bosses, but I think most would agree that tuning is nearly impossible with the current AP and legendary systems (i.e. characters and guilds are spread over a huge range of power and so no matter how it's tuned, most players will feel it's either under or over tuned).

Euphoneous: I think Nighthold itself was an awesome instance. The bosses were all pretty enjoyable, I have no complaints.


What was the worst / best boss to progress on in Nighthold?

Kaowa: I'd say Krosus was the biggest disappointment for me. Normally, I like a Patchwerk encounter, but this one didn't quite give me a rush.
I enjoyed Star Augur the most. I'm convinced Grand Conjunction should be a mechanic on every boss going forward.

Euphoneous: I think Star Augur was an amazing boss. I’m not going to say I enjoyed Grand Conjunction but I respect it as a mechanic and the other mechanics were pretty engaging from a healer PoV.  I’m still too upset about Brackenspore to be mad at any bosses in Nighthold. 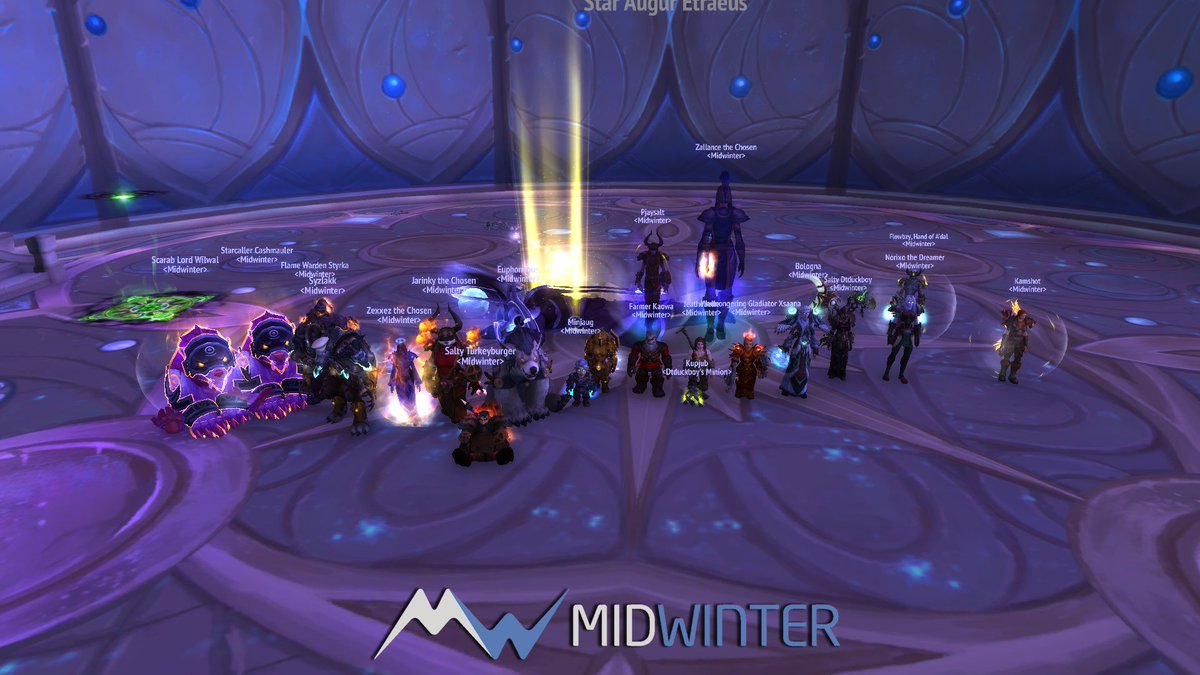 All in all, throughout your “career”, did you enjoy your time as progress raiders?

Kaowa: Absolutely. Raiding is the greatest team sport for nerds that exists.

Euphoneous: I don’t think I could’ve had a better experience as a progression raider. I’ve made some great friends, awesome memories, and I’d do it all again given the opportunity.


Any messages to the people that are still going to be doing hardcore raiding?

Euphoneous: Do what makes you happy and enjoy the people you’re doing it with!