Raid History T16 Loot Drama: US Getting More Gear than EU - Update: The Issue Is Resolved!

T16 Loot Drama: US Getting More Gear than EU - Update: The Issue Is Resolved!

Greetings,
When Patch 5.4 released, Garrosh Hellscream was set to drop one tier token on 25-player Normal difficulty. This was inconsistent with other bosses in the zone, and we planned to correct that via hotfix. Our intent was to release this hotfix during weekly maintenance to keep rewards consistent throughout this reset; unfortunately, due to an error on our part, the hotfix was applied early to the North American and Asian servers. This has resulted in an unfair advantage for guilds that defeated Garrosh later in the week, not only against the NA/Asian guilds that defeated him before the hotfix was applied, but also against all European guilds that have defeated him (as the hotfix has not yet been applied there).

Fortunately, this only affects a small number of guilds, so we are able to correct the error. We’ll be reaching out to all guilds who only received one token from a successful Garrosh kill this week and providing the Guildmaster with an extra two tokens at random, which can then be distributed to any raid members who were present at the time of the kill.

We sincerely apologize for any inconvenience or frustration that this has caused. Thanks for your understanding, and good luck in Heroic difficulty!

Every tier must have at least one controversy, it seems. This time around it's almost an exact replica of tier 14's double reset nonsense - with the US getting a significant loot advantage over the EU. There was/is a strange bug that messed with Garrosh's loot table, specifically the tier tokens he drops. Before Sunday the US got 1-3 tier tokens dropped from Garrosh. On Sunday there was a hotfix and he now always drops 3 tokens. The problem is that the EU had a more severe version of the bug that is still active - Garrosh only drops 1 token. This isn't 100% certain but it seems very, very likely considering many guilds checked on the EU and US sides and the hotfix in US.

So why would this be such a big deal, you ask, it's only up to 2 pieces of loot. Well, no. You have to additionally take into account that the top guilds do 3-5 raids in Normal mode, so that starts adding up, as well as the fact that the 4 set t16 bonuses are a very large factor in a classes effectiveness, particularly in DPS-heavy fights.

So, to give you an idea of the situation: at the moment in the US we have Duality with 9 tokens from 3 kills on Sunday, Blood Legion with 11 tokens from an undetermined number of kills before Sunday; in the EU we have Envy with 5 from 5 kills, ScrubBusters 3 from 3, Exorsus 5 from 5 etc. Method, as well as genuine, seem to have played their cards wisely, being experienced with new tier problems and Method have only finished with 1 of their 5 raids. However, if the issue isn't fixed by tomorrow in the EU they'll still end up with 5 for 5 (or 4 for 4 in genuine's case). And if they do manage to down it after the hotfix and get 3-4 raids worth of 3x tokens that's pretty unfair towards the other EU guilds as well, so the whole thing is very much a mess.

If this tier turns out to be a relatively short one (aka only 1 reset) this could be a pretty big advantage for US guilds across the board, and that's definitely not something they would want either, as some people will definitely reduce any accomplishments they may achieve based on this. 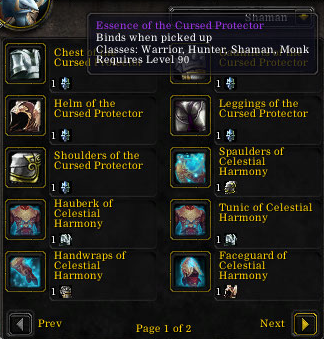