Hey guys, welcome to the 2nd edition. It's time to get down to business - the wait is over, the PTR is finished, the time is booked off work or, in my case, I’m calculating how many seminar classes this progress is going to cost me. For someone in my position it’s not hard to simply disappear from University for 2 weeks and miss all my classes, what’s more awkward to dodge is the out of hours group meetings - try explaining to your marketing group that you’re going to have to miss the next few weeks' meetings. It goes along the lines of "Yeeeeaaa I’m just really busy over the next 2 weeks, so I can't meet up at any hour of any day. Sorry.”

Normal Mode Week Commences
The normal mode week of progression has evolved a lot of the last few expansions. If you look back at Wrath, when hard modes were 1st introduced in Ulduar guilds still pushed for the normal mode 1st kills. I didn't raid competitively back ten but I remember World 1st Yogg-Saron normal mode seemed like something to be proud of, whereas today it is completely irrelevant. Looking further ahead even Lich King normal mode was a race and caused some controversy. Nowadays however, the normal mode week has turned into a fine art for the top raiding guilds, it doesn't matter at what speed you complete the normal mode lockout as long as you complete it as many times as humanly possible. This tier we managed to pull off 6 normal mode raids, which we then condensed down to 5 after Ji-Kun and then finally condensed to 4 at Lei-Shen. We’re funneling all loot onto mains of course; it’s a case of if the loot drops it's yours so you better pray the trinket drops on normal mode week which, if your me, it never does. The schedule we run on a normal mode week is pretty intense evening raiding - if I recall we raided almost all 7 days of the normal mode reset so the social life is already over for me on this week, but of course for the members that are working a 9-5 there’s no need to take time off at this point. We are not only clearing the instance in this week however, due to the time constraints of PTR you can’t test everything you want. We might spend an hour or two on some of the later bosses getting everyone comfortable and 'practicing' the heroic mechanics with a full main raid.

During this week is when I began having an issue which ended up making this progress quite a lot different than previous ones. Living in University accommodation I have little control over my internet, it’s just an Ethernet socket hanging out of the wall. On the evenings of normal mode week I was rocking a steady 3000ms past 6pm until 1am and it was totally unplayable. Throughout the week I was on the phone to the provider trying to get it fixed but 40 emails and 10 phone calls later it was going nowhere. There’s no way I was going to miss progress however, so I decided to take my whole setup to one of my mates flats and just go for an EPIC Lan for the whole of progress. We took Tuesday off so everyone could have a small break and get fresh for the race on Wednesday, the perfect time for me to move my computer around to my mates flat and get everything ready to go. 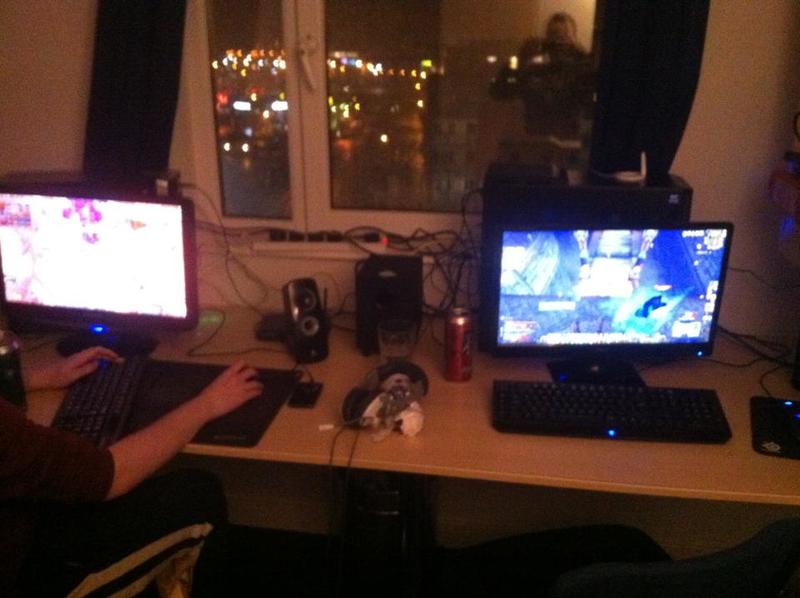 Tuesday night and everything is ready to go. 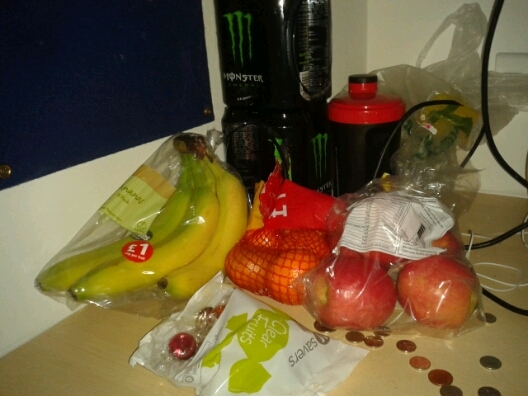 I have my shopping sorted, I was predicting progress to last no more than 2 weeks. I actually thought we would be at Lei Shen by Sunday and kill him after a quick re-clear on the Wednesday. This wasn't the case however, so sadly my measly 8 Monsters didn't quite last me. Top tip for free, sugar sweets are amazing for progress. There's only one thing left to do before smashing it on Wednesday and that’s refresh WowProgress all night to see how easy the first few bosses are going to be. My personal viewpoint is that any boss that dies before we even log on the servers is a boss that doesn't matter or is worth any conversation. This time around it was going to be the first 6/13 dead before we even began.

Heroic Week Commences
It’s an early start, I made the fatal mistake of getting pretty much no sleep before the 8am raid start time but I’m high on Monster already so it’s no issue. We know the first 6 bosses are going to be a joke but we need to make up the time difference so we're going hard straight away. Jin'rohk goes down first pull no surprises, messy but dead. Everyone relogs the alts for a quick normal mode kill and then it’s another 1 shot on Horridon. Now the next boss has got me a little worried - it took the Americans over 5 hours to down this so I’m expecting some challenge. It was pretty hard on the healing on that first reset, it took us around 3 hours or more which is pretty perfect tuning for a boss that early in the instance. So around 20 attempts later Council is down. We take a quick 30min food break before continuing. Tortos is incredibly easy when class stacked (we ran an almost full ranged raid but kept in some melee purely to not waste gear), since the true race is always going to be the last boss our main priority at this point is maximising gear. Tortos is down after around 6-7 attempts and then Megeara is down in around the same amount once we realised on the 3rd attempt we should just ignore the Venom head and sorted a basic cooldown rotation. It's getting into the evening now, and after another food break were on to Ji-Kun - a fight so poorly tuned it was easily killable in 5 attempts without any raid members even being able to collect the damage modifier buff. I think this issue was fixed by the next reset but on the first week obtaining the nutrient buff was close to impossible. At this point I’m feeling like progress hasn't even begun, we probably spent more time on food breaks and relogging to kill the bosses/trash on normal mode than actually in progression attempts.

We cleared the first bosses a good 5-7 hours faster than Blood Legion and were already looking at a possible world first on Durumu. The only issue this fight seemed to have is the dps requirement on the Ice Walls, so after around 5 attempts we go for 5 Elemental Shaman class stack and are easily clearing the walls every time. The next issue we face is random fails holding us back, reaching the enrage timer. 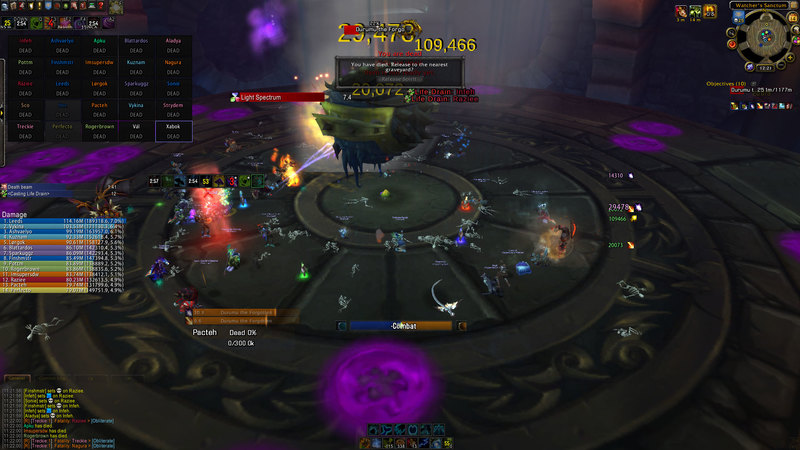 As we progressed into the night Ice Wall DPS became a non-issue and we began peeling away Elemental Shamans in favour of boss damage which appeared to be the core issue. To be honest we could have grabbed the World First that night before we went to bed if we realised the fight was simply 1 tank-able. Instead, after struggling with the enrage timer we called it around 3am. Nice early start at 10am and we're back on Durumu, Blood Legion snag the kill on it moments after our raid begins which is a little demotivating but doesn't bother us too much. We secure a kill mid-afternoon after around 60 attempts and go for a food break. Onwards to Primordius. Sadly I missed every single testing cycle on this boss and played through it on normal week with 3k ms so I had little to no idea what was going down - luckily for me all I had to do was get 5 buffs and dot everything with a nameplate so it didn't turn out too badly. We kill Primordius in around 5 attempts getting our first World First of the tier and move on to Dark Animus, the first true boss of the instance.