Raid History Pacteh's Perspective: Animus, Twins and It Gets Messy

Pacteh's Perspective: Animus, Twins and It Gets Messy

Welcome to the 3rd Edition of my short series, its heating up and were finally in the lead on Thursday night after making up the 12 hour headstart mainly due to our rapid dispatch of Primordius. 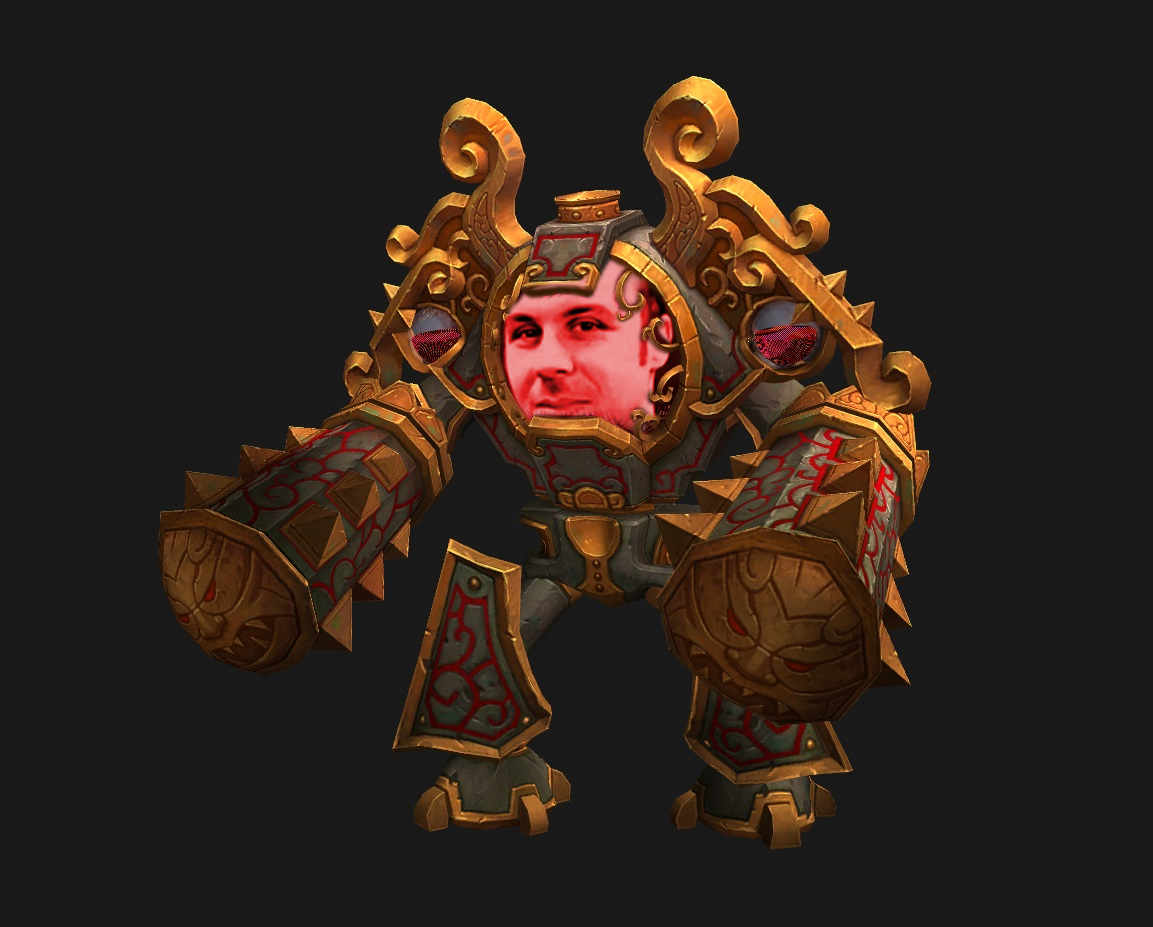 This was the first true boss of the instance, as soon as we saw his HP on heroic we knew enrage would be a huge test at our gear level. The fight is so delicate in the opener the wipe tally became quite outrageous, constantly wiping 10 seconds into the encounter becomes pretty annoying after a while. But that wasn't the main issue, we had to find out a way to maximise the enrage timer as much as possible. Gear is something which I think a lot of people overlook when judging guilds killing bosses, the difference between an extra reset of gear is absolutely massive on both raid dps and survivability. Only 4 guilds managed to kill Dark Animus with that 1 reset of gear which I think shows the skill gap. Here is a sample of Rogerbrown's masterpiece working out how to maximise the enrage timer as much as possible.

The fight just wasn't correct however, it didn't seem right to him to ignore half the mechanics of the fight and he sat there constantly questioning the tactic, scared we was missing something. This is one of the scariest things during progress raiding - deciding on a tactic and sticking to it in hope it is the best one, getting a world first is sometimes more down to who finds the correct strategy the quickest rather than the skill base of the players. So we smash against Dark Animus all of Thursday night, all of Friday and Saturday. We were raiding maximum hours at this point, 11am til 3/4am style and it was starting to get messy. My dreams of progress being over before the reset ends were also starting to get shattered and my LAN setup was getting messier by the day. Dark Animus was one of those fights were something different went wrong every pull, one guy looses aggro on his add, next attempt somebody else looses aggro instead. Then somebody forgets to tell their pet to attack, next attempt somebody dies to Anima Font, followed by 24/7 tank deaths. The fight isn't even that long, we just needed nothing to go wrong within 5 minutes which was seeming to be an impossible task. 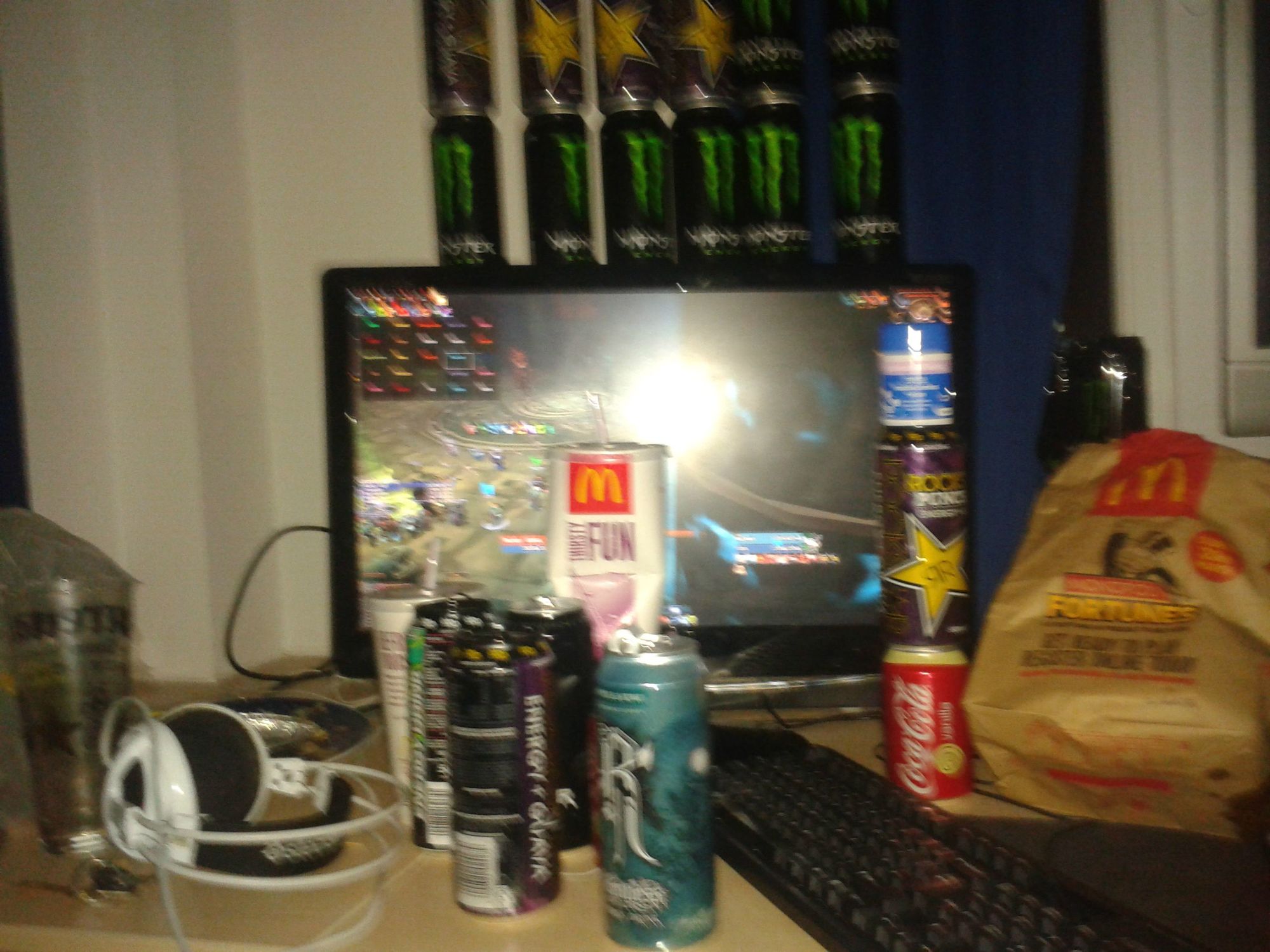 The original Dark Animus on the first few days was even harder than the version we killed it on mid-week. The Interrupting Jolt damage originally hit for 500'000, up from 400'000 which it hits for now. With the low hp levels we had back then it was absolutely brutal, even with an aura mastery or rallying cry the whole raid was down to sub 5/10% hp every Jolt, so there was absolutely no room for error with Matter Swaps. To be honest the boss probably was killable in its original form with another reset of gear, but when the nerf went in on Saturday it didn't take long for us to secure the kill that night, not before a few nail biting wipes however. 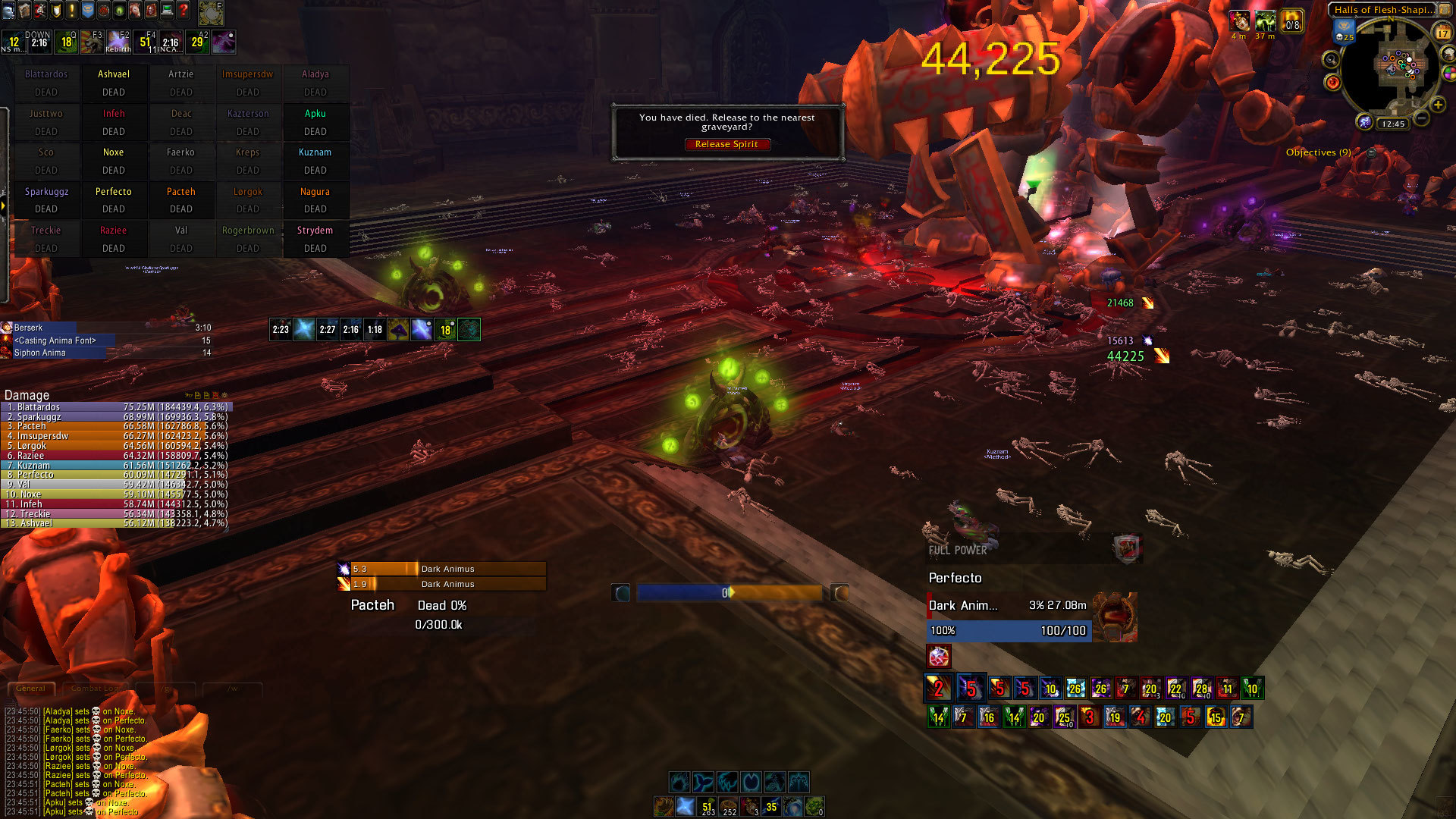 Maybe the nerf came in due to the humorous ticket I sent in on Friday night when I was at my wit's end. Shockingly it actually got a reply from a Game Master and the nerf came in a few hours later. 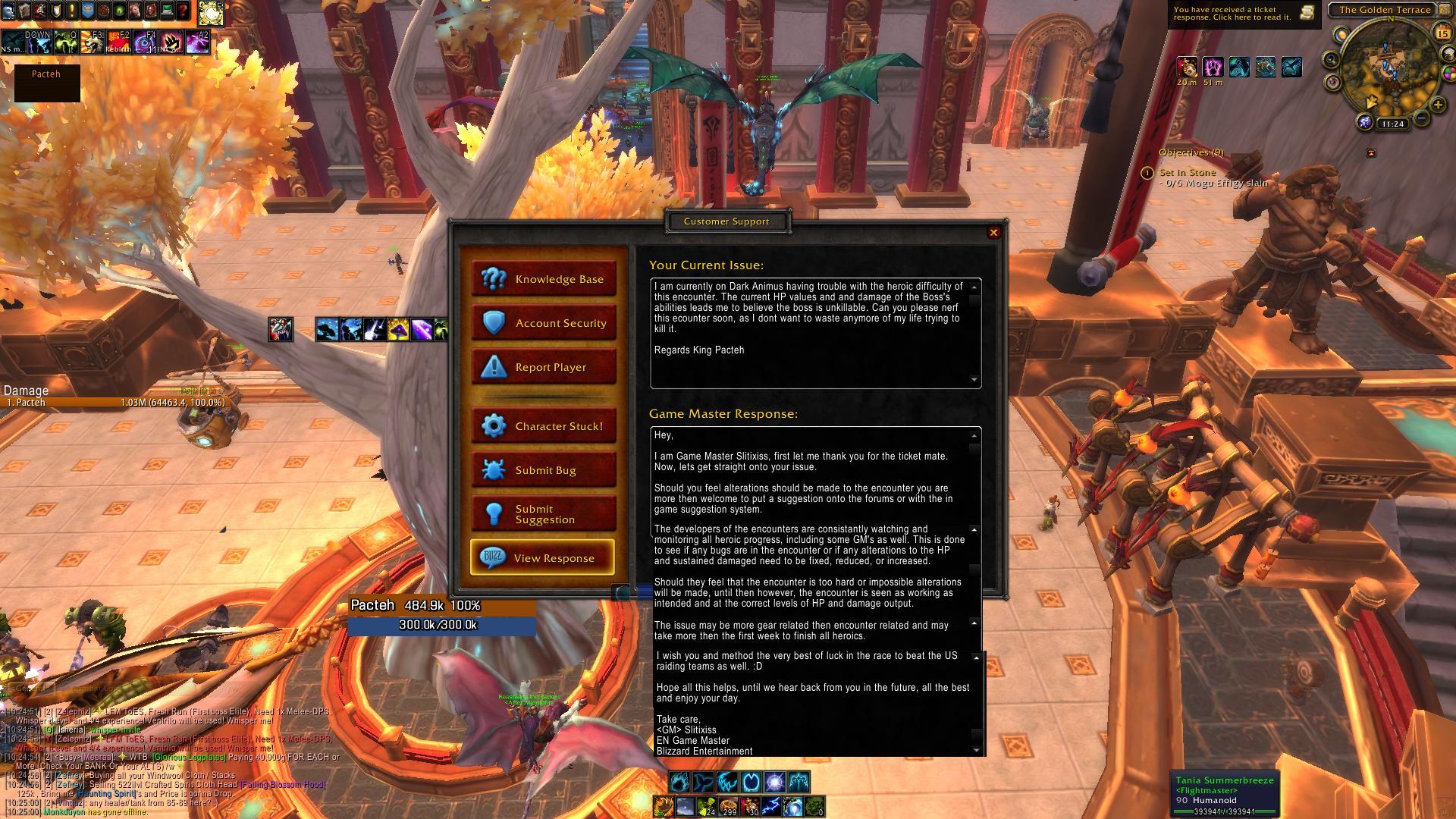 Massive respect to Blood Legion however, for killing it so fast after us. The moment we killed it I leaned back in my chair and told my mate next to me: "No one else is killing that this week" - forced me to eat my words Sunday morning. We gave it a small break and started at midday on Sunday before quickly dispatching Iron Qon, an absolute joke of a fight for its position in the instance. On the 1st or 2nd pull we established enrage timer was no issue whatsoever and so we could simply save Blood Lust and over heal the final phase bagging a quick kill in under 10 attempts. Because of how easy the boss was no one even remembered to take a kill shot, which in the end created some nice conspiracy drama about whether we exploited it, I even heard a few guilds actually wasted time trying to find out if it was exploitable. Sadly, this same easy enrage timer could not be said for the next boss. We had 3 days of the reset to go and annoyingly we spent all 3 banging against Twins. Twins is a fight that is neither fun or hard, it simply had way too much hp in order to hit the enrage timer. Once we figured out we could use Aladya to reveal the phase 1 adds and the tanks managed to move the boss correctly to Ice Comets, we were consistently getting phase 3. On those first few days however Twins was pretty bugged, half the attempts it just decided it didn't want to drop any comets which obviously left us chain wiping in phase 2 for quite a while. The DPS was just miles away however, by the time we had killed one of them in the last phase we were hitting enrage. Those 3 days of Twins were probably the most annoying of the whole progress. 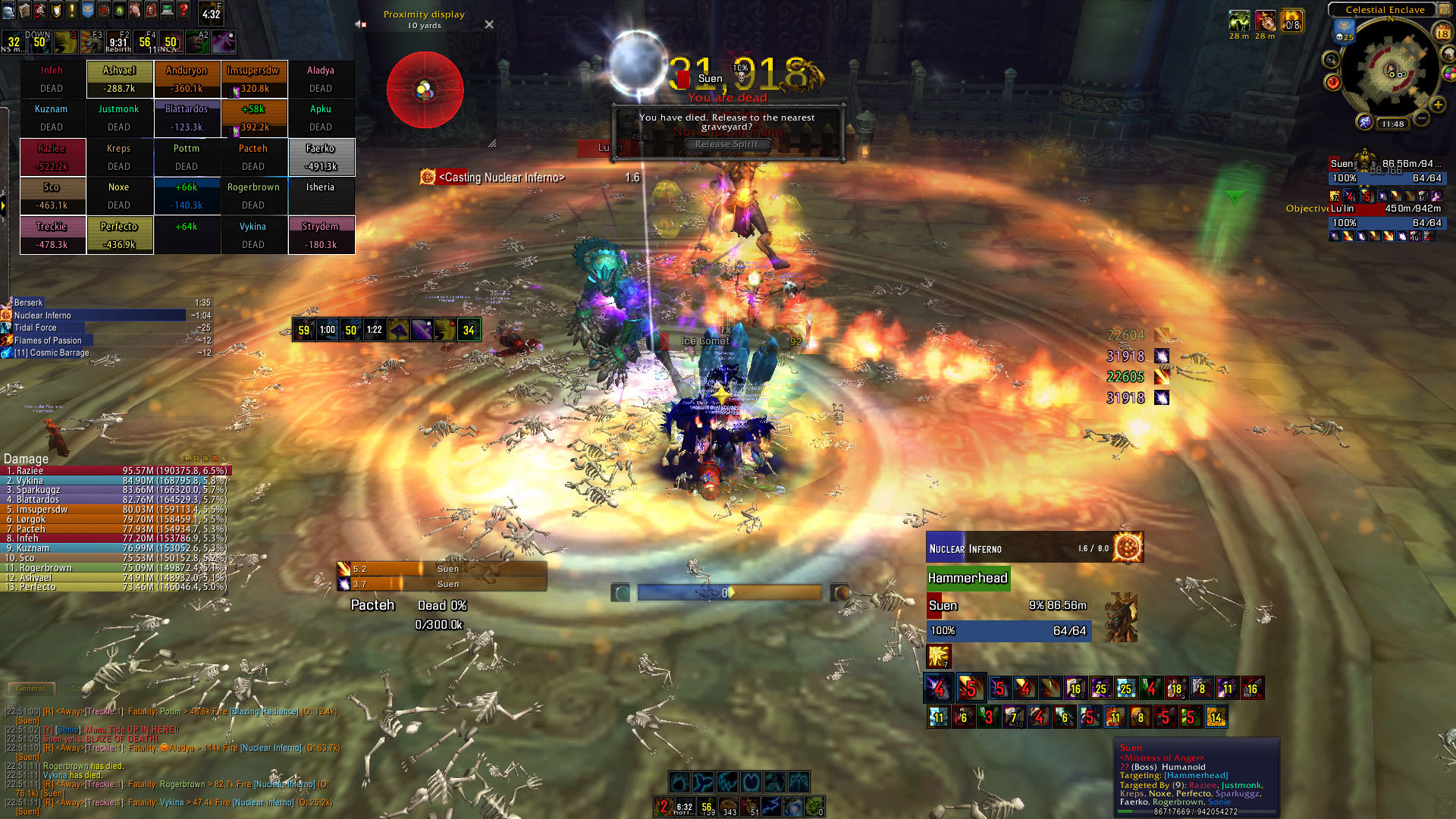 As you can see from that screenshot with only 1:35 Minutes on enrage we had the whole of Lulin still to go. The final blow on the rage meter for this boss however, was when Blizzard decided to butcher the encounter at the end of the reset handing Blood Legion an easy World 1st. We followed by 1 shotting it on the following reset. 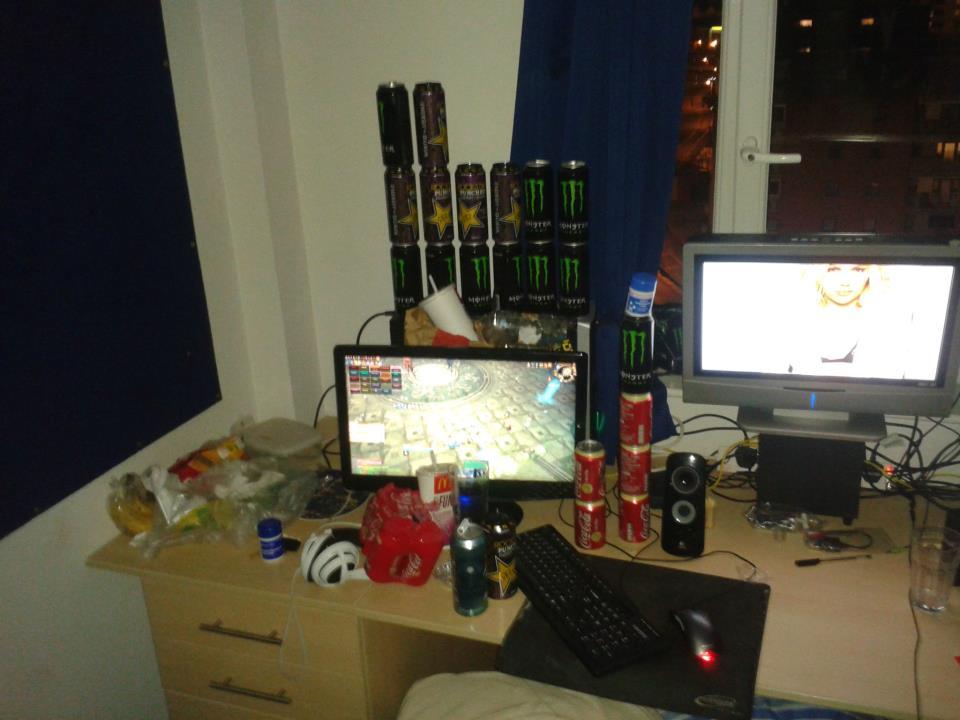 The damage of the LAN after 1 week