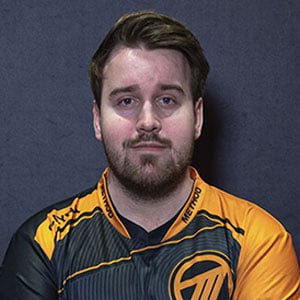 I'm Cayna, a raider in the Method WoW Guild. In retail I am now an external player for the guild and so my time in-game is a lot less than it has been for some time. Having started playing WoW in Wrath of the Lich King, the nostalgia of experiencing the expansion again having become a much better player since then is something I have been looking forward to since they announced Wrath Classic. Having never attempted Ulduar, and never defeating more than 5 bosses in normal ICC when the raids were current content, I am excited to progress those raids and iconic bosses as an Elemental Shaman.

I am a player who likes to min-max, so doing that for the launch of Wrath of the Lich King Classic is something I was interested to do and wanted to share some of that with others! Some of the key things I have done are: Making Gold, Preparing Pre-Quests, Testing on Beta and Finding Useful Addons.

Gold making in Wrath is very different from the current game in Shadowlands. Mining Nodes for example, each node doesn’t reward ore to multiple players, only one person can mine the node, so you cannot have multiple accounts farming at the same time. This makes farming the materials from gathering much slower than you will be used to in Shadowlands.

So, some of the best ways I have been using to generate gold are quest rewards, dailies and looting mobs. So far having completed all quests in Outland, farmed mobs for 3 days and doing dailies on the Isle of Quel’Danas I have farmed 16,000 gold in the span of roughly 10 days.

When starting to prepare for Wrath, the first thing I did was start with my professions, Mining and Tailoring (bonus of extra cloth drops). I have leveled up my mining and will mostly use it for making gold once Wrath is live, since the ores will be the most expensive at the start. And later down the line I will swap to Engineering.

Because the competition for mining ores is high, I don’t go out of my way to only farm ores, instead I use it as an added benefit whilst farming something else. The occasional node will spawn and I can mine that for free.

This farming spot is located at Manaforge B’naar in Netherstorm, Outland. The way to farm this spot is to pull the packs of mobs, killing them and vendoring the looted items and cloth for raw gold. Moving around the large building from pack to pack.

I like this area the most because there are a couple benefits of the farm spot, firstly, Rep Tokens (Signets and Arcane Tomes) that I sell on the Auction House. Secondly, throughout the route, close to carts and tents, there are Adamantite Bound Chests that contain items that give you extra loot. Outside of those, the mobs in this area can drop Mana and Health Potions, Patterns and blue items that can sell well on the AH.

There are a few things to help make this farm spot easier:

This is the main method I use to make gold, but you should make sure to research your own role and class specific ways to make gold. Some do better in AoE, some can use an immunity to stack mobs up, etc.

Pre-Quests are quests that you can complete before the expansion launches, but that you haven't turned-in yet. The aim is to have a lot of quests completed in a condensed area. Once the experience bar is unlocked at the launch of Wrath of the Lich King Classic, you then quickly hand in all of those quests and receive 20-30% of the level to 71.

My own turn-in plan is to pre-complete the Shattrath and Isle of Quel’Danas daily quests (18 in total) and 7 Dungeon quests located in the Auchindoun. Once Wrath Classic opens, I will turn them all in before starting questing in Northrend.

When farming gold I use the Plater Addon and its “quick color function”. Under the NPC Colors and Names tab, you can change the color of the mob’s nameplate to make it easier to spot within the group. I use this for the Sunfury Captains to quickly target them to avoid getting the debuf they apply.

I have used Questie, it adds quest objectives and points of interest onto my map. Search for one that you like the most, to help make the questing experience closer to what you are used to in retail.

Using the WeakAuras addon is just as useful as in Shadowlands. Being able to customize your UI and tracking things such as flasks or class specific abilities and buffs during leveling is really helpful.

Don’t feel that any of this is necessary, you should enjoy the game and play how you like it the most, this type of farming is just something that appeals to me and I wanted to share it for other players that are the same.

Gold is very useful, but really isn’t required. To cover the basics, you just need to afford the Cold Weather Flying at level 77, which you should make through doing the quests up to that level. Extra gold that you have could be spent on luxury items like a Wooly Mammoth (with vendors) for 20K gold from a vendor, the very good Kirin Tor Ring (Dalaran Ring) for 8.5K from a vendor or Epic Flying for 5K gold to name a few.

Gold is a luxury, it's not required, just make sure to play the game how you enjoy it the most.

Thank you for reading, and I hope you enjoyed this article about some of the min-max that I have done before the launch of Wrath of the Lich King Classic on September 26, 2022!