Hey again. Tyrant died and we had caught up to Paragon at 11/13M and that’s where we left off last week. Before we started this race we always expected Mannoroth to be the first challenge, and he really proved to be a big step up from the previous encounters. 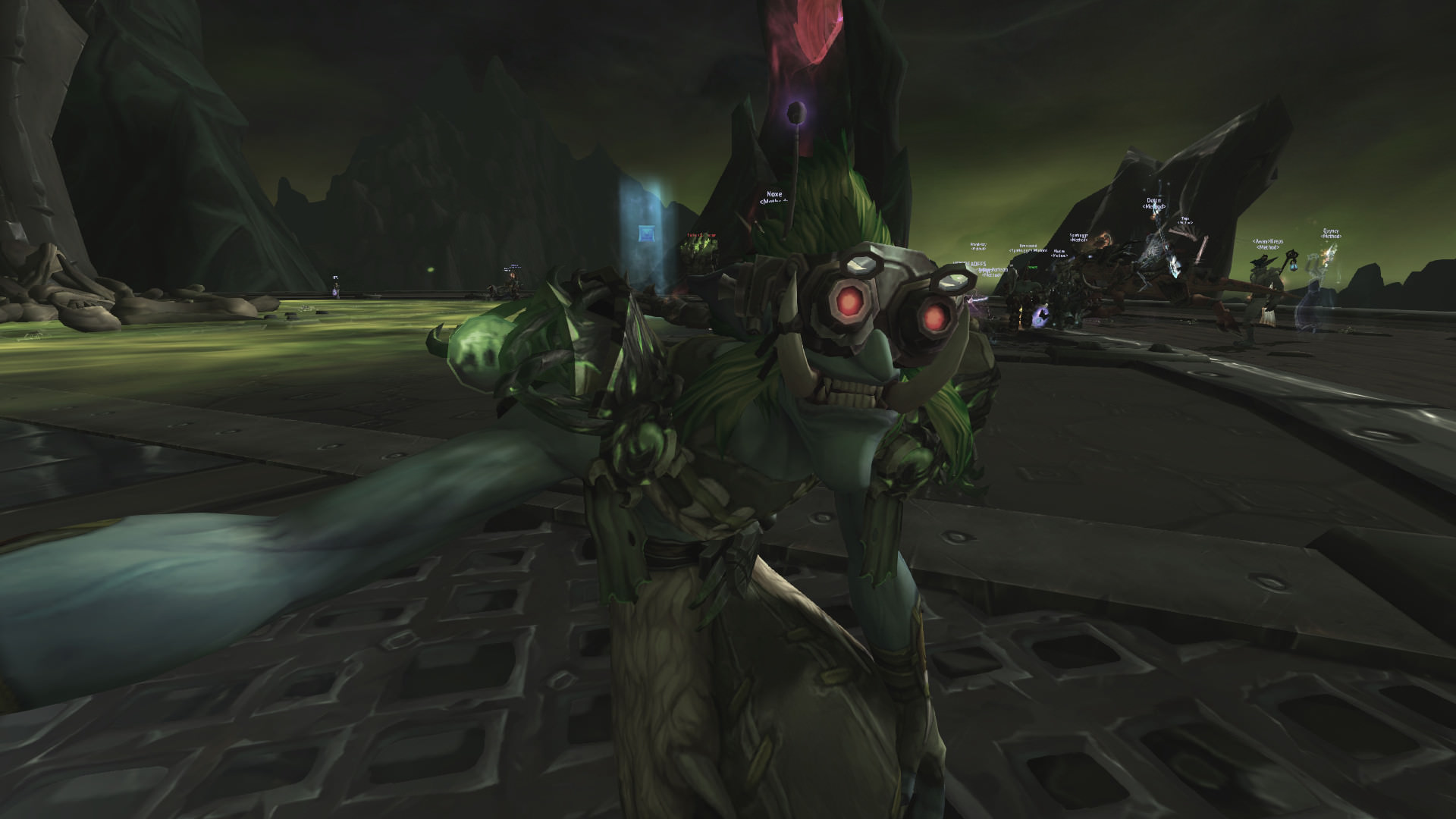 During the PTR we had some solid tries on this encounter and we felt somewhat ready. I actually missed the PTR testing session for this guy though so everything was new to me. The first challenge of the encounter was how to deal with the Curse of the Legion. I heard that Paragon spent a lot of time trying to figure out the best timings to dispel it on, but we really didn’t waste any time here. We pretty much decided from the get go that we will just instantly dispel it which proved to be the right call. I actually liked this ability, Iron Bark never felt so useful. With the short cooldown it was ready for every curse and together with a shield from Berrek, we very rarely wiped due to the debuff.

The real difficult part of phase one ended up being a combination of abilities which we refer to as “wombo-combo”. It’s when you first get Mark of Doom and then shortly after you get fears. It was a lot of damage and could cause deaths if you didn’t use a personal cooldown and because of that we broke the Mark of Dooms by letting the Doom Lord cast his Shadow Bolt Volley. We had some wipes due to bad management of the fear, Mannoroth’s Gaze, but we quite quickly decided to spread in a pre-determined circle around the boss, so that we always had people in range to help soak the fear, and so that we would be spread out for Felseeker so not everyone always had to move. 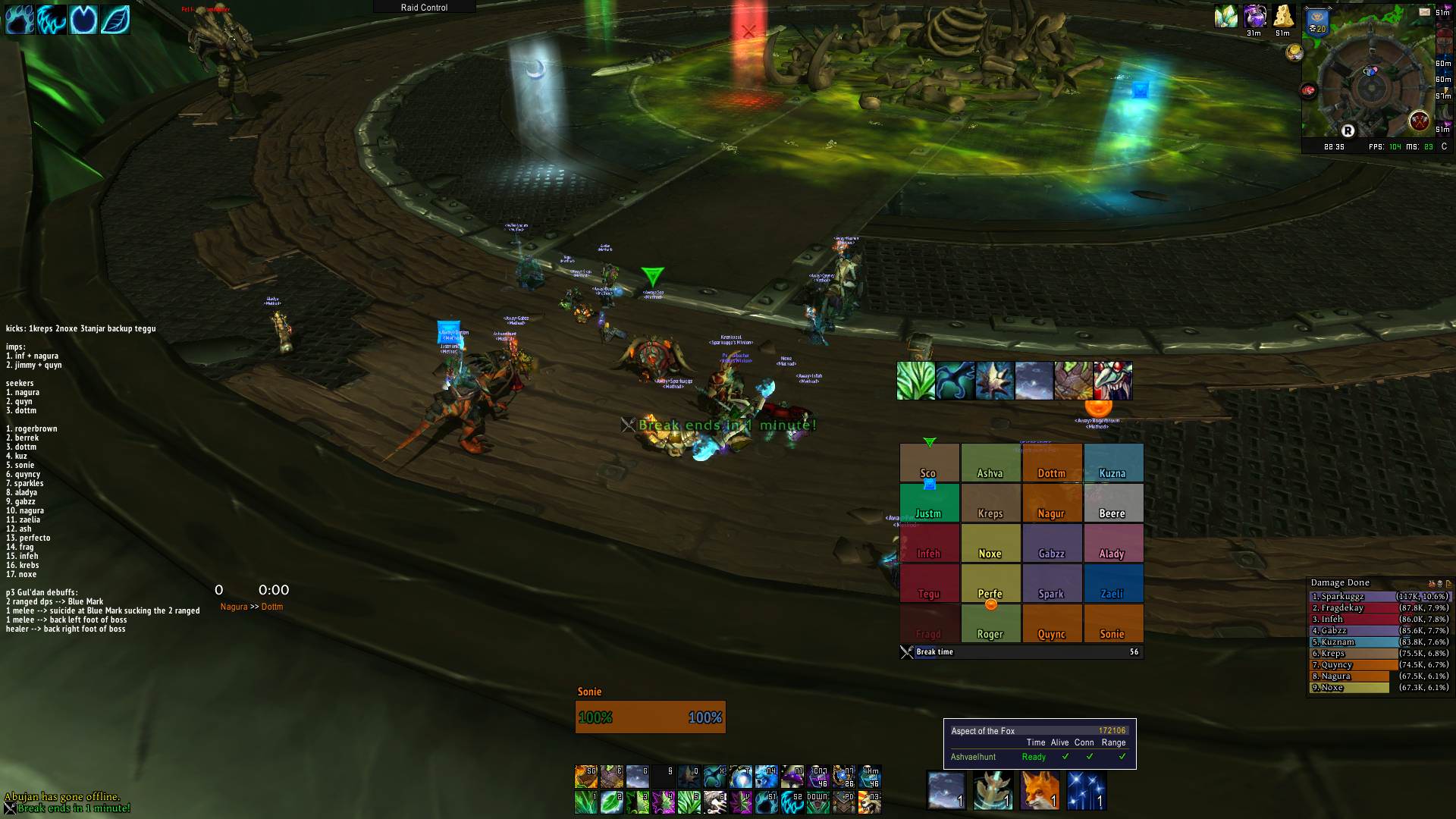 Phase two is probably where we ended up wiping the most during our progression. We didn’t have a safe strategy for Shadowforce so from time to time people without blinks fell down. Additionally it was a difficult timing with the second curse in the phase that you couldn’t instantly dispel or it was possible to have people with Mark of Doom getting feared, and then… boom! We agreed on that it needed to be delayed. It was not the most easy thing to remember though as we always instantly dispelled all the other curses and when you progress for many hours straight you sometimes phase out on a so long and sometimes tedious encounter. In my opinion Mannoroth had way too much hp and it felt annoying to spend so much time in phase one just because of it, when really the encounter starts in phase two.

We didn’t wipe too many times in phase three, we had a pretty good understanding of how we wanted to execute it. It was only the last Wrath of Gul’dan that we had to get sorted, and how did we sort it? Simply by playing well, by having the combat reses ready so we could kill off the debuff on purpose. Was it a fail on Blizzard side to allow this? Personally I don’t think so, if you play good and don’t waste your combat reses on nonsense, consequently you should be rewarded. 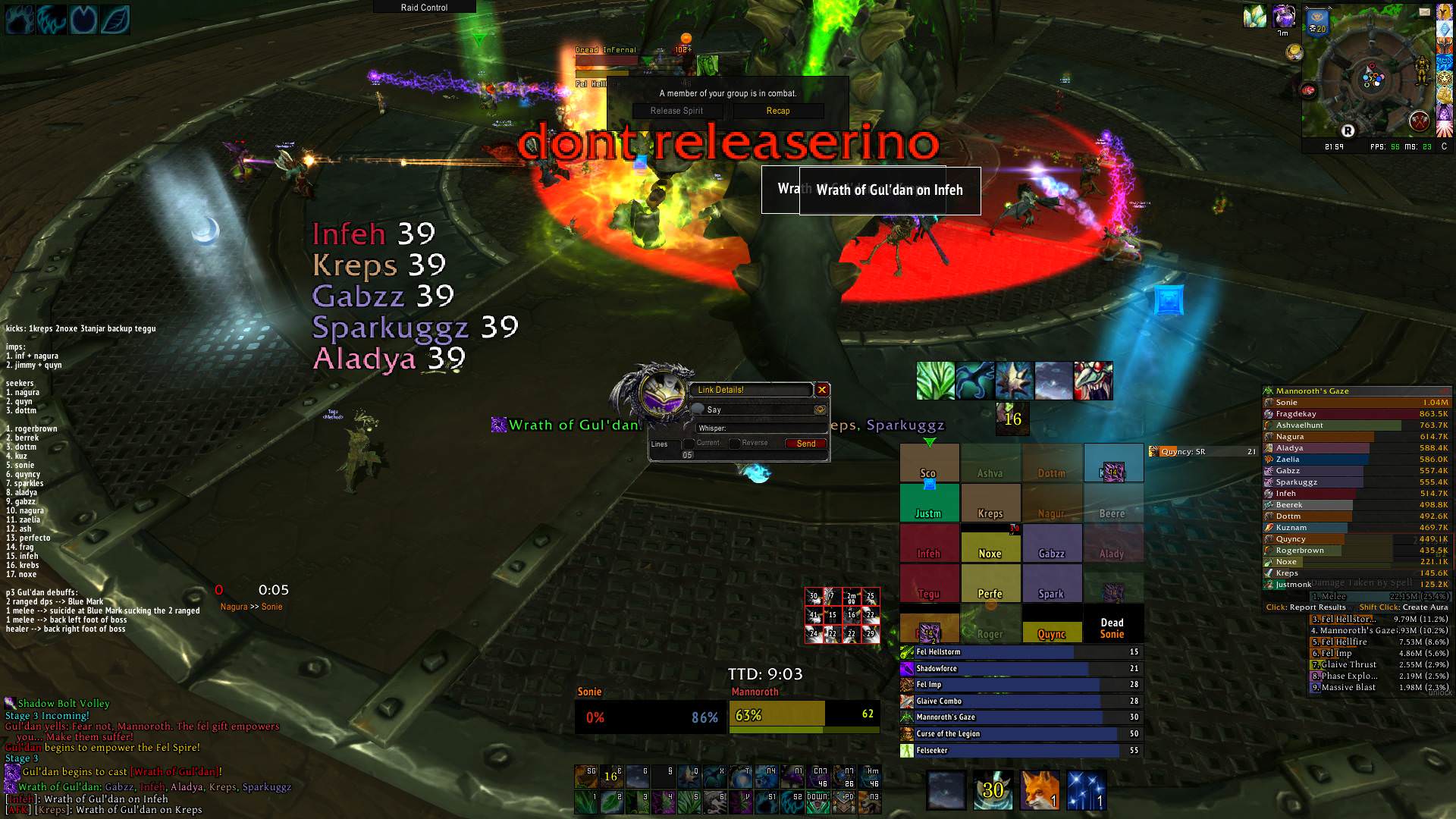 The difficult part was only getting to phase 3 with 2 reses available, so that we could sacrifice both of our melees and then res them. This meant we only had to deal with 3 Wraths instead of 5 which made things easier. It didn’t take us too many attempts where we had reses available in phase three to kill him. Mannoroth died, and it was a World First! It took us 121 wipes, about the same as Blast Furnace in BRF.

We proved once again that we were the best, but we knew that there was no time for slacking. It was still Tuesday and we had some very valuable hours left to spend on Archimonde before the reset occurred.