Welcome to another episode, and also the first episode about Blackrock Foundry. I think everyone knows the deal and how it works by now, but in case you don't I will catch you up quickly.

Something that a lot of guilds do, including us, which is pretty much required to be competitive is to gear funnel. So what does this mean?

It means that we do multiple raids, where we split mains and alts up into different raids and the point of is to gear up our characters that we want to use later for Mythic progression. No top guild cares about the rankings in Heroic difficulty, and therefore it's a lot more important to gear up as much as you can for the actual real race. It was nice for a change to have new raid content that we didn't have to wait 13 months for. Yes, technically (as Aladya would say) Blackrock Foundry wasn't new content since it belongs to the same raid tier, but in my opinion it felt like a fresh tier. It was 10 bosses and the last two were very difficult, and we also got set tokens which we didn't have before (even though the restoration druid one is complete garbage and not worth picking up :D).

So the first question you may have... How many raids did you do? We did 6 heroic raids. 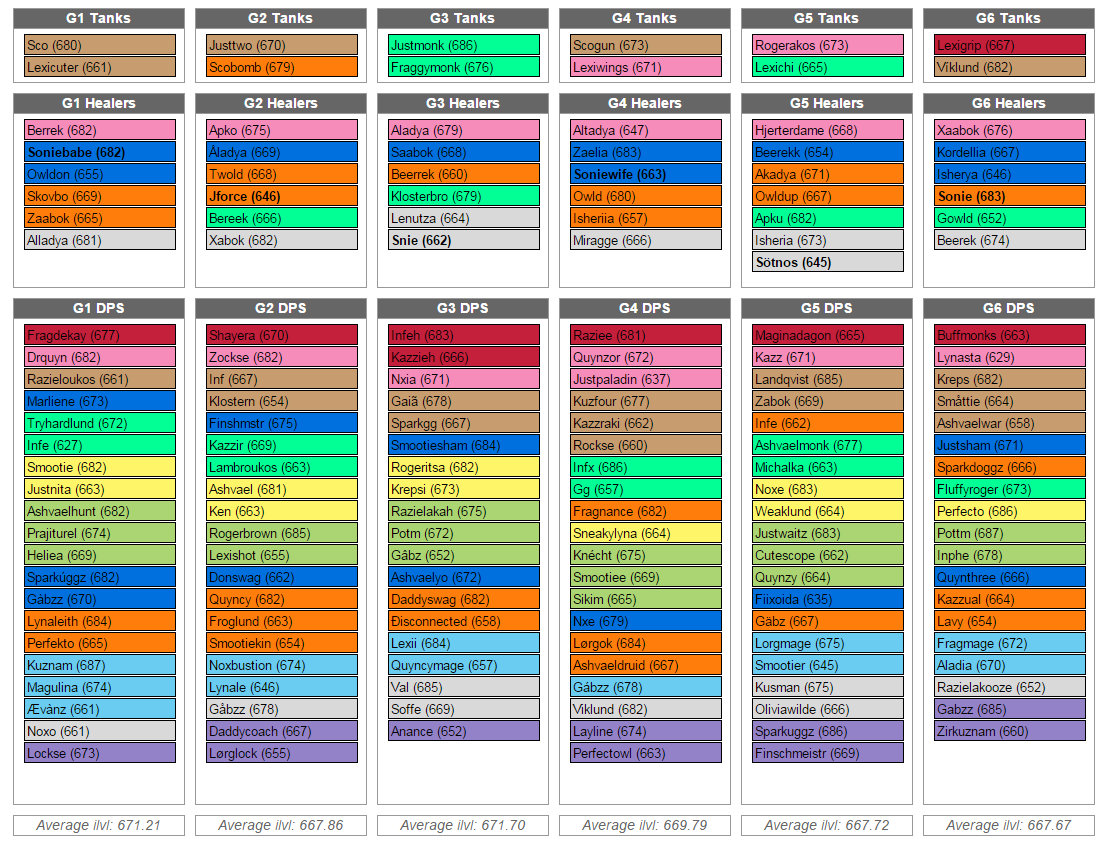 It actually felt like the perfect amount of raids, we managed to get the set tokens on the characters we wanted. As you can see we emphasized gearing hunters and balance druids a lot, surprise, surprise! From the beta testing and a lot of discussion and preparation, we felt like it potentially could assist us in our Mythic progression. I think a lot of people underestimate how much preparation is required to compete in the World First race - of course you need to be extremely skilled, and our roster definitely is insanely good with no weak links, after we cleaned up a bit post-Highmaul. Every choice you take in terms of gearing may end up biting you in the ass later, like it did with us in Highmaul for example, with not gearing an enhancement shaman. This time around we felt more prepared in terms of gearing what we really thought would be good.

We decided to clear up to Blackhand in every raid because that boss had some potential to be difficult even on heroic. And then maybe we would switch down the amount of raids or the amount of people in each raid, and it's always better to be sure before since one of the groups may be a bit stronger and maybe won't run into any problems, while the others will. Another good reason to wait with killing Blackhand was because he dropped tokens that could be turned into anything (or he was supposed to at least :D). And only when you cleared all raids to 9/10,  will you know which character still needs the tokens or not, so maybe you want to switch the raids a bit to even it out more. 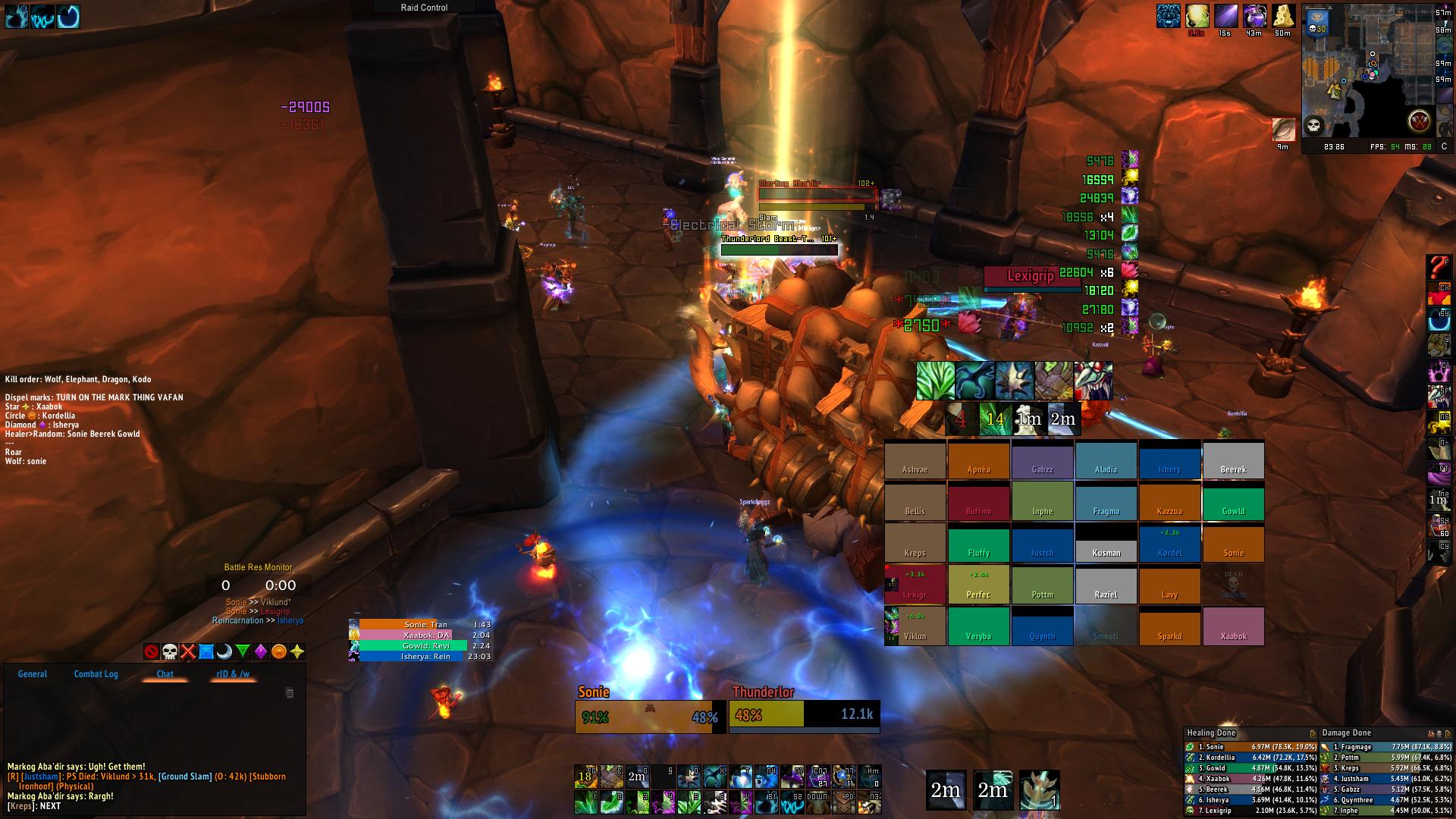 We got help from some casuals, old raiders and close friends to fill up our raids. Not everybody had 6 characters so naturally we couldn't get 6x 30 raids by ourselves. If you aren't aware of how it works, you get extra loot to distribute the more people there are in the raid, so you want to have as many as possible when funneling items. All the raids went quite smooth, I must say. But we definitely were pressured by the clock to complete these raids since we only raid evenings during heroic week, and we also wanted to have 1 evening to practice the bosses with full mains to try out some stuff that we could use for Mythic. This meant that we had to complete 1 raid every day in theory. We managed to finish clearing all raids to 9/10 by Sunday and that meant we could have Monday dedicated to killing Blackhand.

Blackhand was definitely more difficult than I expected on heroic, but apparently it was because of some weird scaling with over a certain amount of members in the raid, something around 25, I think? Correct me if I'm wrong. Apparently the boss did crazy amounts of extra damage in phase 2 due to this scaling bug. We actually went down to 5 raids because of this and completed 3 of them on Monday and the two others very quickly on Tuesday, which gave us at least a few hours to practice Mythic strategy. 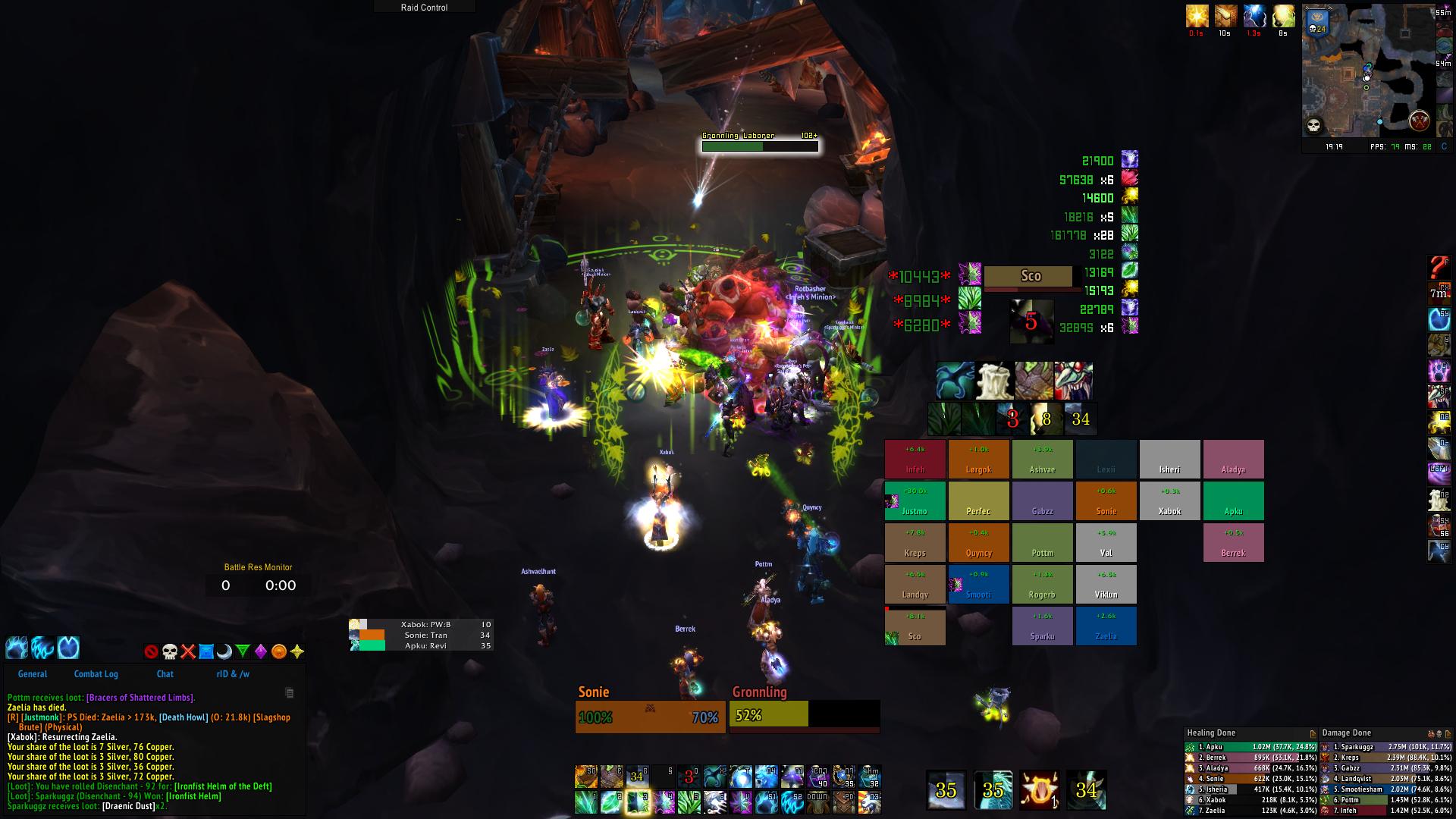 So what did we practice in these raids? Well the point is to practice some mechanics that could very easily kill us on Mythic, a few examples of this are Hans'gar and Franzok with the stampers, and here we practiced some positioning and movements. Another example is Oregorger where we pretty much did the same. We basically try to reduce the amount of time that we could waste on Mythic due to deaths that can be avoided if you practiced! Normally we would have Tuesday off to relax and prepare mentally for the race, and it actually was our plan heading into the Heroic week, but we underestimated the amount of time we needed and this time we would have to survive without that relaxing day. But maybe it was for the best?

Next week, we will get into the good stuff. See you then!