Cayna on Method Crucible of Storms Prep and the Race Itself

The Crucible of Storms Mythic race starts today over on NA servers and we thought we'd warm up for it by going over the specifics of Method's raid preparation for this particular race with Cayna. We also talk about how the short boss count affected Method's view on the race, whether it's the same as for Dazar'alor and Uldir, and whether he considers this a "real" race. 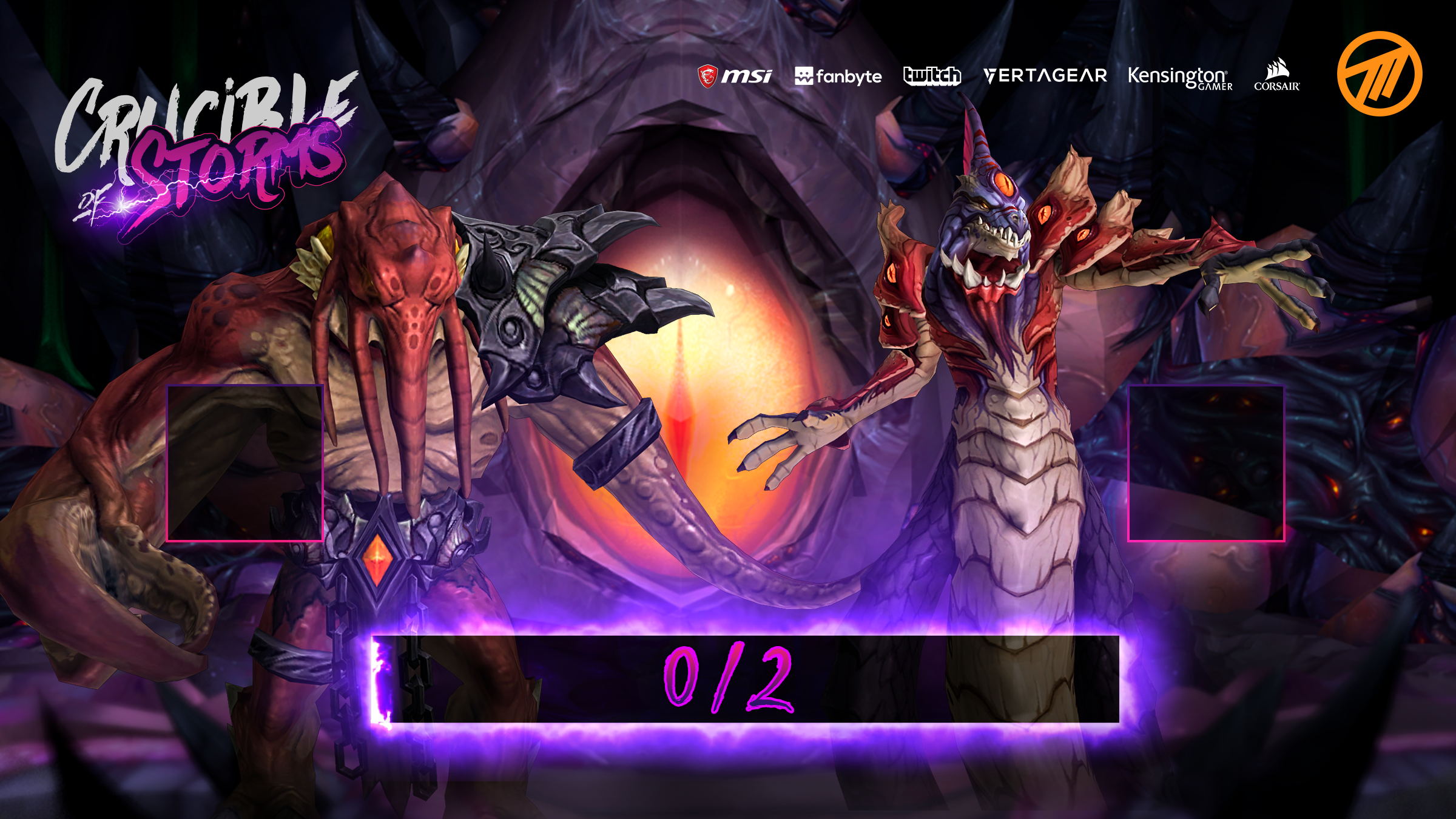 How have preparations for Crucible been different than for BoD or Uldir?

Cayna: Many splits - since there is no real item level increase, gearing/preparing alts is even more important. Normally it’s too “scary” to stack a specific class many many times, but now you kind of can since it can mostly be alts that will be closely geared to mains.

PTR has been done but was kind of buggy, so Heroic week is filled with testing things we often try out during PTR.

Other then that, we have farming 48 traits on important characters for the +5 on Mythic azerite, making sure crafting is done and buying BoEs for all the alts we can/will be running.

What’s the most important thing to have for this progress?

Cayna: A ranged character without a sliver trinket is useless, so making sure all casters have the trinket is very important. Other than that, good ilvl/socket/optimized gear, bis azerites and 48 traits and welcome to the progress life!

Would you consider Crucible a “real” race? Did you prepare for it as if it were a real race?

Cayna: The real race part is going to depend on the tuning. If the boss dies within 36 hours, no. If it goes past 3ish days I'd say it was a good fair encounter and should be considered.
As for the prep, we did do some but not nearly as much as for a “real” Tier.

Blizzard recently said Uu’nat would be as difficult as Jaina, but didn’t specify whether that was as Jaina is now or as it was on week 1. If it was the same difficulty as Jaina (before the nerfs) but you had all this extra gear, how long do you think it would last?

Cayna: I HOPE it will be a week long challenge, but my gut says Uu’nat will last about 2 days (I hope for more).

Was Jaina’s difficulty about what you’d want from an endboss in general?

Cayna: Not really. Although Jaina was “hard” It could have been WAY harder. The last pase did not even have a real DPS check, We did not optimize DPS in any way and killed it without a real stretch. We had about 5-6 more seconds to go on the boss before we would have gotten hit by the hard enrage. It was a decent boss but not super hard tuned.

How do you feel about Limit’s streaming? What will it change for you?

Cayna: We can leech day 1 tactics off them:). In a more serious way, good for them, I like it. Brings more attention to the entire thing. I hope it will work out for them. We always prep our own tactics, but having a sneak peak on what they did to see tuning is always done to compensate for the head-start they get.

If Crucible ended up lasting as long as/being the same difficulty as BoD was, would you prefer short raids like this where the final boss is basically immediately available, or the bigger instances, considering you clear most other bosses in 1 day anyway?

Cayna: If anything, I'd prefer all bosses to not be cleared day 1. Smaller instances are fine in between with no ilvl jump. If it's a big instance with no ilvl jump it'd be kind of weird, progression wise. Trial of Valor was a very good raid, if they can duplicate it here ill be happy with it

What are you expecting from Crucible all in all?

Cayna: The bosses LOOK very fun to play. Many things you can do, many tactics you can apply. Please nail the tuning and it should be a great great raid.

What do you think the competition will be like in Crucible?

Cayna: Limit ofcourse has a headstart and since the tier can be short cause of the amount of bosses it will be “rough” to win from the if not tuned hard. Other then that any guild that decides to day raid can give it a shot. Many guilds will be at the last boss at the same time and see both guilds stream. Since most top guilds atleast do 1 split, They will also have classes avaible.

Hopefully many guilds will join in and it will be a good race!

Since we have you here, what are some of the things you’re most excited for in 8.2/the best additions from what was announced?

Cayna: Hopefully the new azerite system brings a more complete gameplay back. The new raid of course looks cool. And I am quite a personal fan of progressive questing hubs. I really enjoyed things like Timeless Isle , Garrison ( at the start ) and the Firelands questing hub. If they can do something like that, yea hit me up!

Cayna also recently posted a video about the NA head-start, going over the basics, the advantages and disadvantages for EU guilds (and Method specifically) and presenting some solutions as well: