The Dragon Isles have emerged from their shroud and the bells of adventure are sounding once again. Method is thrilled to announce our World of Warcraft: Dragonflight launch event, the Race to World First Level 70. Take flight and join us as we paint the skies in blue and red, November 28th at 10:30pm CET on twitch.tv/method!

Our Race to World First event follows the perspective of many World of Warcraft content creators as they embark on their expedition to the Dragon Isles and start their journey to individually reach max level as quickly as possible in the new expansion, Dragonflight.

Throughout the event you’ll be joined by four talented hosts you may recognize from the World of Warcraft community; Krista, Grant, Korimae and Kexman. Equipped with best in slot gear provided by HyperX, our casters will accompany you as players set ashore on the Dragon Isles and embark on their journey to reach level 70!

Read more about our team partnerships:

Who will be featured?

Our Race to World First 70 coverage features several different points of views as the streamers make a dash to reach max level in the new expansion, Dragonflight!

When is the World of Warcraft: Dragonflight Global Release?

The Dragonflight expansion is globally released on Monday the 28th at 11pm GMT, see the image below for more timezones. 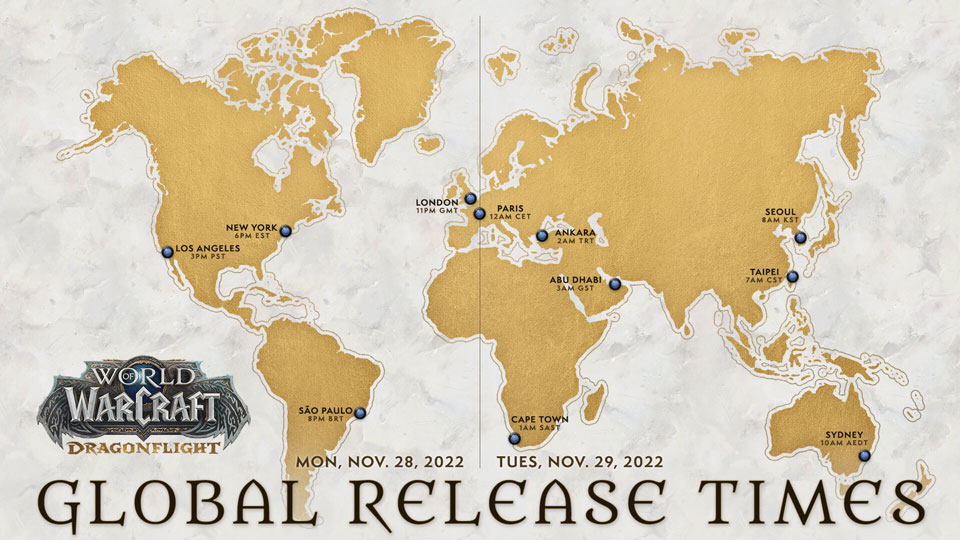 When will the event be broadcast?

The Method Twitch channel is set to go live at 10:30pm CET on Monday the 28th of November, 2 hours before the official launch of World of Warcraft: Dragonflight. Remember to follow our socials to stay and to date with our coming events.

We hope to see you there!