The 2017 Arena World Championship system has been detailed and we get a good look at what it's going to take for the Method boys to get back to Blizzcon and maybe this year we can get an all Method Grand Finals! There's also a nice summary video of last year's event, including the insanely tense final game of our NA team going up against Splice, which you really should check out even if you aren't into Arena and PvP in general, it's that good! Here's te full post, covering the extra qualifier tournaments and detailing the new ways players can get involved:

World of Warcraft esports is leveling up! This year we’re bringing you more ways to participate, more teams, and more live action for everyone watching at home. So if you have a competitive bone in your body (and who doesn’t?), read on for an overview of the exciting changes. There are many ways you, your team, and your community can get involved.

But first, a quick—and epic—reminder of what you can expect. . . .

This year, there’ll be more opportunities to prove your teams’ prowess on the world stage:

Points Win Prizes: How to Qualify

To advance, teams can earn points through a variety of events:

How Points Are Awarded

Note that points are earned by teams, not individuals, so leaving your team means leaving some of your points behind. Safety in numbers, friends!

The Road to the World Championship Finals 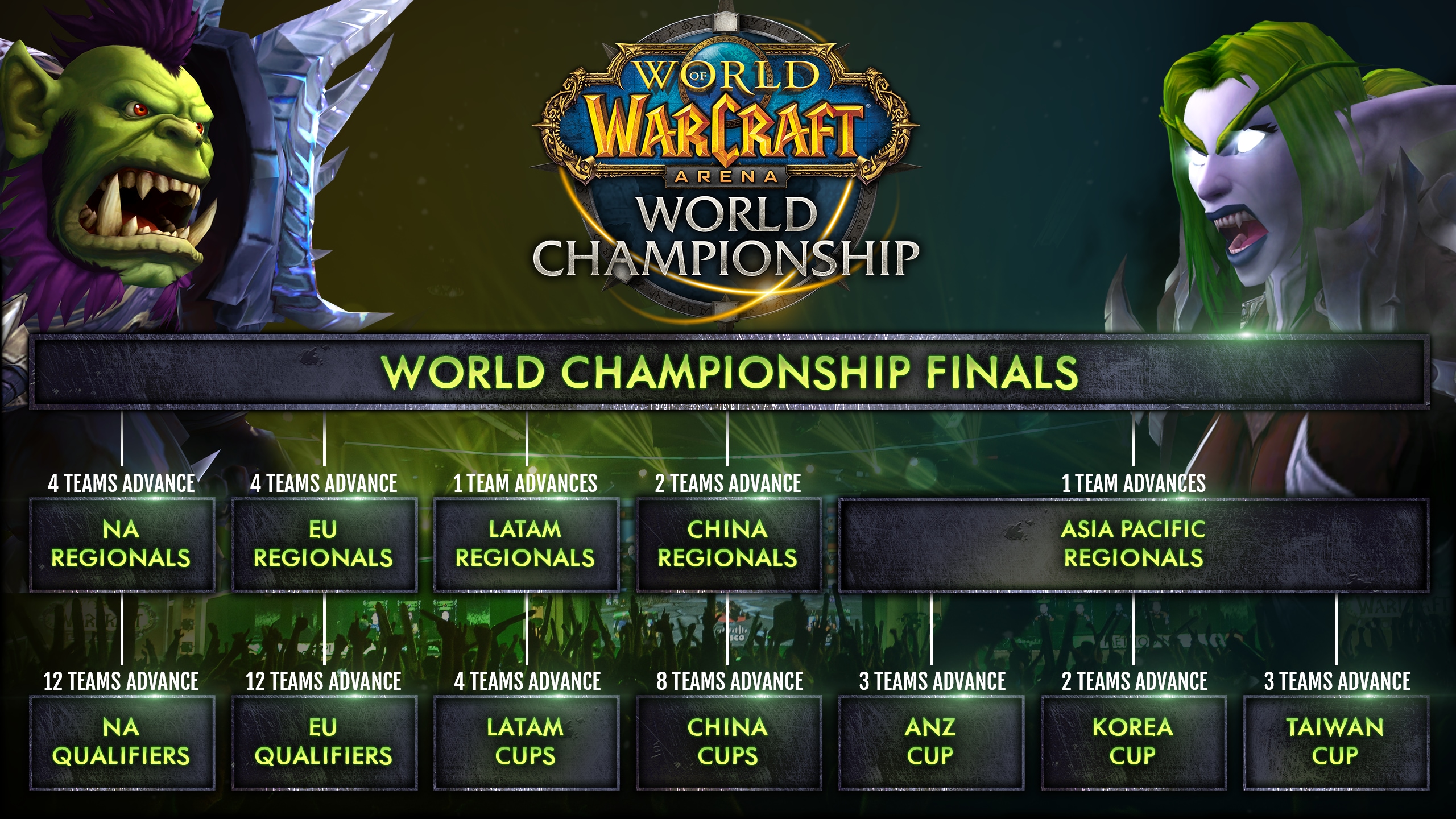 Not looking to participate but want to follow the action? We’ll be updating you soon on when and how you can catch the epic battles, so you can follow your favorite team along the glorious road to the WoW Arena World Championship Finals. Up for the challenge? Keep your eyes peeled for event announcement and rules in the coming weeks.