Method Rocket League have done it! They have lifted the trophy of Gfinity Elite Series Season 4 and won £25,000. Borrito B, Rix Ronday and Kassio have made it to the very top of this season and despite this amazing victory, their road to the grand finals at the Gfinity Arena in London was pretty tough. The regular season went really well for the whole team around captain Rix Ronday and with three wins and only one loss against Team EnVy, our guys were able to secure the first place in group A. Then it was on to the semi finals, where the team faced Reason Gaming. The match was particularly nerve-wracking, as they were immediately down 0-3 and it was looking pretty bleak, but they then gathered their resolve and reverse swept the match and stepped into the final in London, showing a huge amount of will and determination which would later take them to the gold.

Qualified for the final of Gfinity Elite Series season 4 .First time i'm reverse sweeping a bo7, Ggs was so scary. Feel bad for Reason who was deserving aswell

The other semifinal saw Fnatic face Epsilon eSports. The Danish guys from Fnatic were also able to win the match 4:3 and at the end we got the dream final between both group stage winners. Method had a tough start in this final and lost their first match, but with their heads up high, our guys were able to muster up a strong mindset and so Kassio, Borrito B and Rix Ronday won game two. In game three they were able to secure a safe 4:0 win. In the end Method took down Fnatic 4:2 and our guys lifted the trophy in the Gfinity Arena. Not only did Rix Ronday, Borito B and the newest man in our line-up, Kassio take the gold, but Kassio was also able to get the trophy as top scorer of the whole season with amazing stats:
Total goals: 31; Total assists: 13; Total saves: 36; Total shots: 90.

THE FINAL CHAMPIONS OF SEASON 4!

You can check out the full VoD of the finals below, and it's definitely worth a watch as it's some truly top level Rocket League talent on screen.

Once again, huge congratulations to Boris "Borito B" Pieper, Rix "Rix_Ronday" Ronday and Andy "Kassio" Landais on their amazing performance in this years Elite Series, and we're sure to see them on many more podiums in the future! 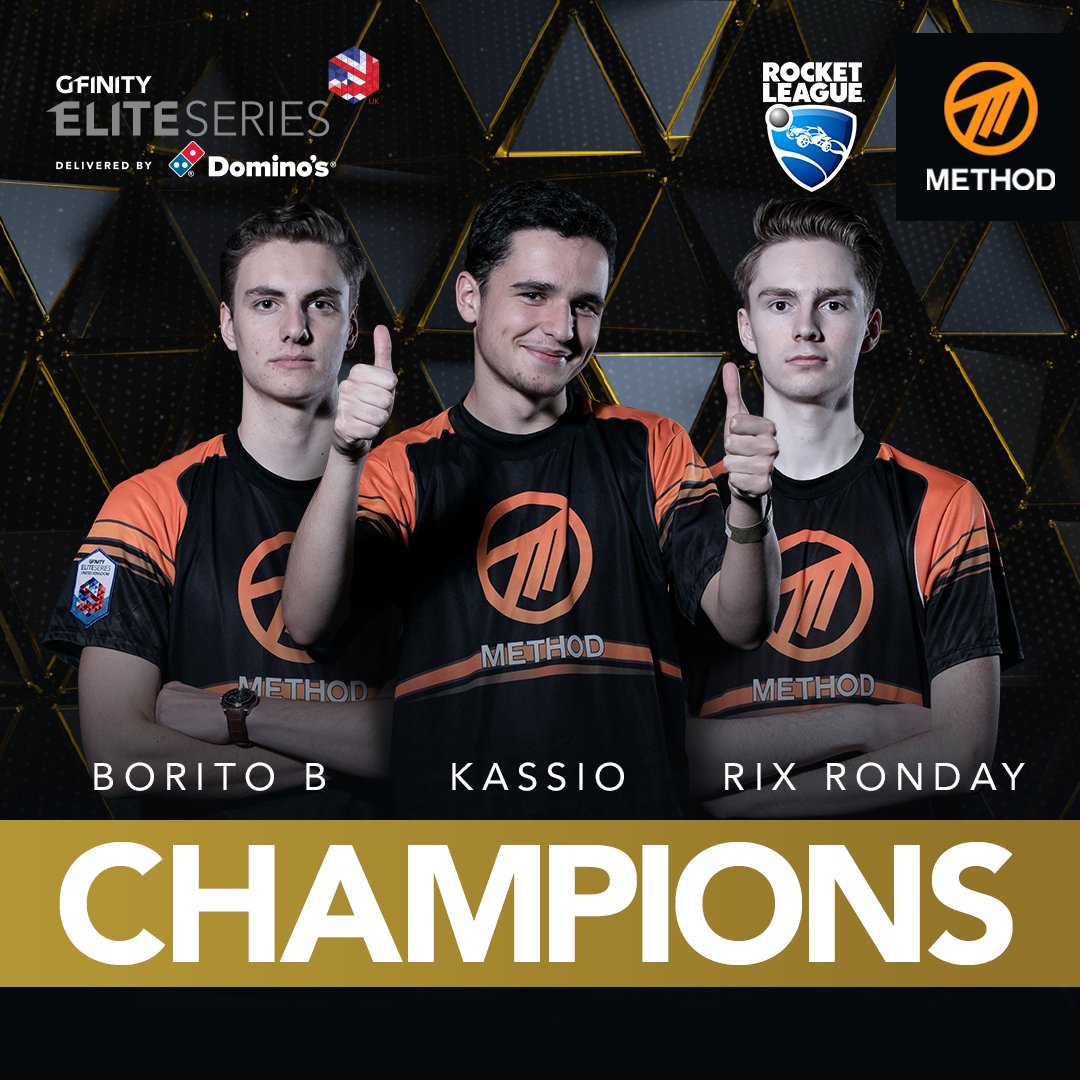