A UI is mostly about preference. My UI is incredibly weird compared to most people I talk to, but it works well for me, so there is no reason for me to rework it. 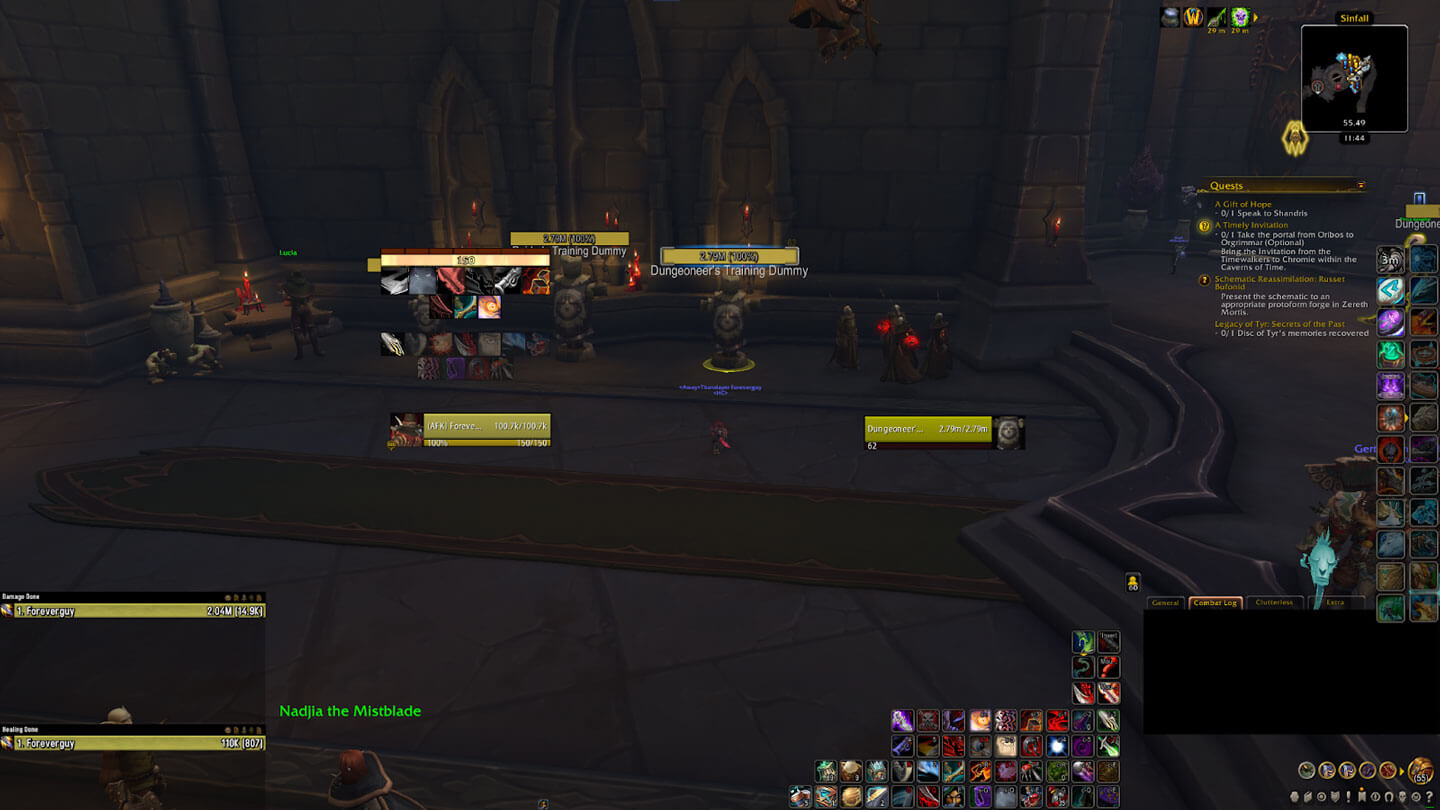 The essential addons to get are:

Weakauras is an essential addon because you can track boss mechanics, your cooldowns and get alerts when a specific mob is casting something.

BigWigs, so you can track every boss cooldown, so you are never caught off guard for when mechanics happen. Make sure to customize the addons alerts and timers because they will alert you for tank mechanics by default which is not needed for a DPS player.

Plater is just a cleaner nameplate addon that I prefer to use. However, any nameplate addon will work as long as it gets the important information such as the cast bar of an enemy because this will show you your own Between the Eyes and Ghostly Strikes debuff and such.

Tricks of the Trade Macro

This is a Tricks of the Trade Macro that will target the leader of the party. Make sure to tell whatever group you are in to “give the lead to the tank” so that this macro isn’t directing threat to the host of the party like a healer or another DPS.

This is a Grappling Hook macro that makes it so you don’t have to click to confirm the travel, it takes some getting used to but it’s worth it 100%.

This macro gives you maybe 50 silver whenever you sap something, so you might as well use it.

I’ve made my own version of the Afernars Weakaura package that I’ve modified to make it more appealing. I’d suggest either looking over on Wago.io for your own package or using some of the suggested ones below.