Your Opinion: Is Zor'lok Too Hard? - Fare Well, Friend

UPDATE - Nov 09 01:05 by Starym
As you know Zor'lok was killed earlier today by Method and I though it would be nice to say a few words about our fallen hero, a eulogy, if you will.

You were there for us, oh Zor'lok, when all seemed casual. Kills within an hourof a raid opening, whole raids devoured in no more than 1 reset, and kills coming down within minutes of each other. Your kind was mistreated before, with Gara'jal also receiving a swift bat of the nerf after some "creative" mechanics were employed to down him and the playing field had to be leveled. His reign was very short lived, but you, you lasted a whole THREE DAYS, my friend. Epic is a word thrown around so lightly in this game, but you, sir, earned it.

Even after they threw their "balance" and "tweaks" at you the first time, you persisted, killing more and more raiders and showing them what a boss should be. But, alas, some were angered by your defiance, seeing your skill as an insurmountable barrier and decided to go kill your weak sibling, Normalzor'lok, thus ignoring you and killing your brethren further into the dungeon. And then the final blow came, a second wave of poison to weaken you and make you fail. It worked and you went down, taking many with you, thus ending your reign.

So here's to you! Perhaps you were random, perhaps you went left a bit too often, but you sure stood for something, and the other pillars of difficulty in this game salute you. You will be missed.

"We will not give in to the despair of the dark void. If Her will for us is to perish, then it shall be so." - Imperial Vizier Zor'lok's last words 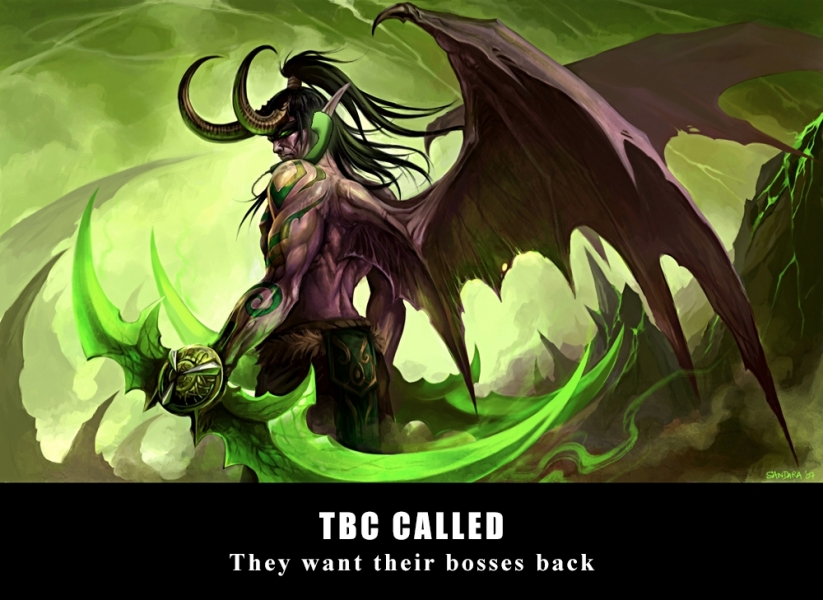 The currrently leading image in the "Immortalize Zor'lok" campaign

UPDATE - Nov 08 23:30 by Starym
And we have the inevitable consequences of skippage, Blizzard deciding to go back in and nerf/hotfix the boss some more:

I thought I'd hop back in to this thread to share a few additional changes that we'll be hotfixing to this encounter today much as we did yesterday:

Ofc we can't be sure that the skipping is the reason for the nerf, but it definitely didn't help.

UPDATE - Nov 08 16:19 by Starym
Well, it seems the "nerfs" were actually needed and they didn't go too far, so Blizzard really did a great job with it, making the boss possible but not too easy. The reaction from top guilds has been very positive.

UPDATE - Nov 07 23:15 by Starym
Well, it was inevitable I suppose, it is "only" the first boss after all. Now these "quality of life" and "balance" issues they're trying very hard to not sound like nerfs are clearly that and we should expect a kill within an hour of them going online. Hopefully these are truly just minor tweaks but even those can be enough considering the amount of time guilds have spent on the encounter.

The Heroic Zor'lok encounter is currently more difficult than intended. While we prefer to avoid changes to encounters in the midst of progression, we would like to fix a few quality of life issues and make some targeted balance changes that do not invalidate the efforts that guilds have put into learning the encounter so far. Later today a hotfix will make the following adjustments:

Zor'lok's Echoes will pause briefly before beginning to cast Song of the Empress.
Zor'lok's berserk timer has been increased slightly.
Zor'lok will no longer summon Echoes of Force and Verve during the final phase of the encounter.

We as raiders like it rough. For years now the raiding community has screamed for harder bosses, meaningful progression and the like. Today marks the first day since a very, very long time that the first boss of an instance has survived the first 12 hours.

While it is true that some US guilds had to suffer through lock-out bugs and crashing servers, other guilds were actually able to fight the boss. Take vodka for example. They encountered no technical difficulties and have been neck-to-neck with Blood Legion in the last raid. Still, they have not been able to put a dent in that boss.

The EU realms have undergone extensive maintenance last night, which have been extended by another 2 hours to 15:00 CET. Last time, Method was able to catch up to the US within two days and managed to grab the 25m World First. On 10m Paragon was casually strolling through the content, giving a fairly cocky interview afterwards about how easy it all was.

The big questions now are: Will the boss die anytime soon? Even if guilds are in theory able to get into kill range, how long will they need? Might he even be unkillable at this point? Will he be nerfed? Should he be nerfed?