It's a big month for Method, as Ryan "PandaTV" Dingle, previously known as Chinglish, is celebrating 7 years of streaming on Twitch! He's had an amazing journey to get to where he is today, and we'll be taking a look at that long road he's crossed to get here. From humble beginnings, through lots of adversity, somehow dedicating himself to gaming and streaming, to his joining Method and the impressive things we've done together since then, it's time celebrate Ryan and his accomplishments.

To say he's had humble beginnings is quite the understatement, as Ryan's childhood was very rough and challenging, with him even being homeless at one point through no fault of his own. An internet cafe in western Sydney played a big part of his gaming life, as that's where he would hang out with friends and enjoy the social aspect of games. Gaming helped him through the tough times and helped work through a lot of issues, with his first big passions being Counter-Strike and Diablo 1, with MMOs soon to follow. Later on he moved to Canada and started playing World of Warcraft. He got his media start by doing youtube videos, with a few thousand views here and there, but it wasn't really picking up and he was unhappy about it. Around the beginning of Twitch, as it transitioned from JustinTV, Ryan wasn't even aware of streaming as a concept, but several people from his guild, Dara Mactire, got him up to date and were the ones that pushed him to start streaming. One day while working his security job he got seriously injured when 3 men attacked him, which led to a local shop owner Ryan knew and would talk to, Sam, setting him on his way towards full time streaming. Sam told him he was too funny for security work, gave him $5,000 and told him to give "the video game thing" a real try.

And so he did. Despite all the pressure, the number one thing he focused on was just having fun while streaming, as he knew that thinking about the success of your stream was a sure way to not succeed. The other focus was consistency and being there for your audience when they expect you to and realizing you don't need any fancy equipment or stream setup to make it. Despite the fact his stream grew steadily over time, he was very protective of his friendships with better known streamers and wasn't willing to use their reach and viewership to increase his own. He's also gone through three separate nicknames in his career, from the beginnings and Chinglish, to Pandamonium, and now, finally, PandaTV.

World of Warcraft has been his primary game for a long time and still is, as he always comes back to it, despite some other games having more viewer potential. But his love for the game keeps bringing him back. His commitment and dedication to the game was even recognized by Blizzard in Legion's patch 7.3.5, as he was immortalized in the game with his own NPC. Cheng Lish is now forever a Pandaren monk trainer in Thunder Totem and stands as tribute to Ryan and his journey through streaming, truly symbolizing what you can accomplish if you really put everything into it. 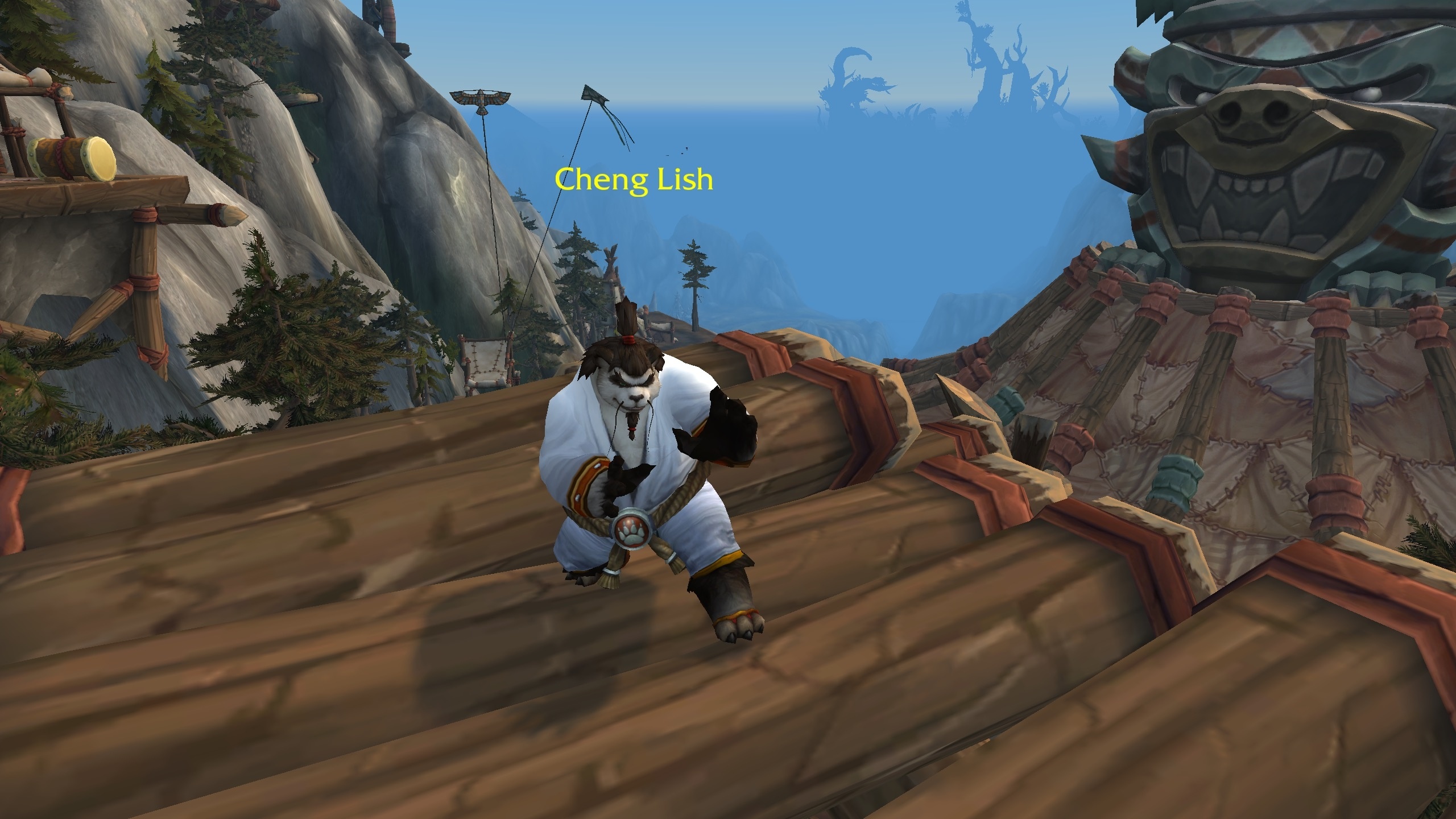 Back in 2016 Ryan found a new home here with us in Method, where he quickly blended in and became one of the pillars of the Method streaming community and continued to grow alongside the org itself.

Joining Method was joining a family to me, as so many friends where already part of the org and it just felt so natural. Sco and Sasha where people I respected a lot already and we had great gaming and business conversations all the time, and meeting the other people involved (at the time not many), it just all felt so great.

As I'm just a streamer and not apart of the guild core, it's been great seeing the boys killing it raid wise, and seeing Method venture into other games and other opportunities. The events I see them do now are just getting bigger and bigger, the people involved in the org now from Darrrie and everyone else are ABOSLUTE gems and do so much behind the scenes and help out so much. Watching this FAMILY grow is amazing to me. - Ryan "PandaTV" Dingle

The future is definitely bright for Ryan, who is now a Twitch veteran with 7 years under his belt, having gone through a lot to get where he is today. The main thing is that he's still having fun with what he does, and as long as that's the case, he'll be just fine. And now here's one final look back (and forward) from the man himself:

Twitch streaming has changed my life in so many ways. I was a poor homeless kid with both my parents in jail, I worked my ass off working 2 jobs since I was 14 years old, and when I was finally able to get myself into a good office job and started doing uni I actually HATED it. I hated every second at that job I worked security for many years, and one day the chance came up to move to Canada. When I did I was lucky enough to start streaming and that was 7 years ago. Streaming full time is NOTHING like people think - this is the hardest thing I've ever done, with 55-70 hours a week consistently, no time off, no sick days or you lose straight income, but I love every second of it and I wouldn't change it for the world. It's given me the chance to see the world a few times now - I have been able to travel and go places I never thought I would be able to, I have been able to meet amazing people from around the world and be a part of something like Method, I HAVE MY OWN NPC IN WOW!!!!!! I cried like a baby when it happened, haha...
I could go on and on about all of this but...

I guess all in all 7 years is a long time and I've streamed my ass off, I'm proud of where I'm at and the community I have, and super proud to be a part of the Method family.

Thank you to my community and thank you to all the Method crew, not many people know about the editors, video editors, writers etc.

If you want to join his great community or just check out a stream or two you can always find him here: