Greetings traveler! In my previous article I gave you an overview of the current healing situation based on my personal opinions. I want to emphasize again that it’s my personal opinions and they may not reflect yours or many others', and that’s fine. I actually like it that way. It’s very fun and interesting to have a discussion about it after in the comments section which I always read and try to reply to as much as I can.

Myself and, I think a lot of others, have come to the conclusion that raid cooldowns plays too big a part in the current raiding scene, at least on the Mythic level. The Heroic level is also affected, but there I would argue there isn’t enough damage in general, leading to absorbs becoming an even bigger issue. I’m mostly interested in Mythic raiding, and therefore I mostly take the tuning there into consideration when writing these articles. So if raid cooldowns are such a big problem, what can be done? I’m sure there are a lot of good potential solutions and I would like to bring up a few here. My ideas may suck, which is why I hope some of you can post some ideas too!

If we apply that, then the question, of course, is does that include nerfing the damage reduction on cooldowns like Barrier, AM and Smoke Bomb? I would argue yes, unless the classes with healing raid cooldowns would get buffed in their sustained healing. Otherwise it will just lead to more imbalance, which will passively put more importance on relying on discipline priests and holy paladins to prevent damage instead, since burst healing has been nerfed. This would just replace shamans, druids, mistweavers and holy priests with extra damage preventing classes. Obviously not an option.

This is something I have been thinking about and something that could be very interesting. What if raid cooldowns could only heal you to a certain max % hp? This would continue to keep raid cooldowns as important as they are today, but it would also reduce their healing and other healers wouldn’t feel like they could go AFK when a raid cooldown is up since the raid will be topped anyway. This idea sounds a bit crazy perhaps, but I’m just trying to think out of the box to fix a giant problem that Blizzard hasn’t been able to address yet. The max % is debatable, but perhaps 50% or 75%. The consequences for this are that the raw hps classes would see a big decrease in their overall healing, but if the bosses are tuned correctly with enough sustained damage then you would still want to have these classes in the raid to save it when the raid bars are about to hit the floor.

Probably my personal favorite and keep in mind that this comes from someone who plays a druid with the almighty Tranquility. I really don’t see the point in having raid cooldowns in the game, as an OH SNAP button. We are way past the time when it seemed difficult to organize them, when we got addons like Hermes, BLRaidCD and many more. And also I think the model of having decent damage and then high burst damage is getting very old in an encounter. I would much rather prefer high permanent sustained damage and instead more focus would be put on not over healing and wasting mana. Wouldn’t that be much more fun for everybody? Obviously classes with raid cooldowns would need to be compensated. 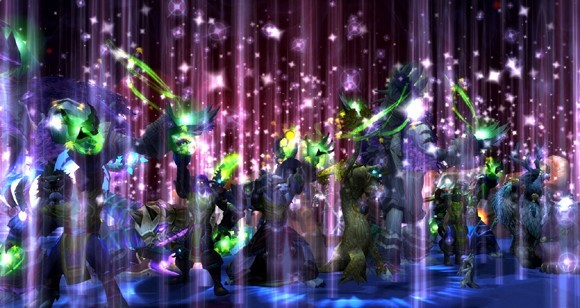 What’s your opinion on the matter? Do you have any other solutions or thoughts on why mine wouldn't work?