Hello and welcome to a new episode! We are now done with the progression series and can get into more healing related topics which will be fun for me personally (and hopefully for you too). Blizzard introduced a new healing model at BlizzCon 2014 which was very exciting to hear for everybody that wasn't a discipline priest or a holy paladin. The goal of this new healing model was to make absorbs more redundant by having the raid at lower %, simply by adding more damage. Why is this a good thing? It's kind of obvious, if the raid is at full hp, and only take spike damage, then discipline priests and holy paladins will have time to build up their absorbs, and then when the damage finally comes, it gets mitigated by all the absorbs, leaving other classes with nothing to heal. That was a big problem throughout all of Mists of Pandaria. 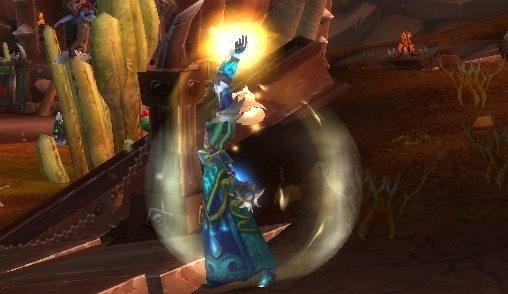 So at least for me, playing a restoration shaman previously and restoration druid now, this was very good news. Finally there would be something to heal... Additionally they also removed a lot of raid cooldowns and promised that they wouldn't be as big of a deal as they were in Mists of Pandaria ("World of Cooldowncraft"). And thirdly they also promised that mana would matter more again.

So going into Warlords it was definitely an exciting time to be a healer. Lots of changes, and everyone was curious as to how it would play out. Now that the first raid tier is over I feel like it's a good time to discuss how it actually played out.

Regarding absorbs and more damage, I feel like they took a step in the right direction at least. I don't think they are quit there yet, but don't get me wrong, it's definitely better than before. Absorbs actually got nerfed quite a lot too, so I wouldn't really say that they are a problem anymore. Instead, raid cooldowns continue to be an issue. Sure, they removed a lot of raid cooldowns which is great, I think it was the right call to let healers mostly have the cooldowns, but I think the power of them all is too strong still. If it was up to me, I would nerf DH, HTT, Revival and Tranq by quite a lot, and buff other spells to compensate. I think it would be a much more enjoyable game then. If someone disagrees, please elaborate on why in the comments! :) 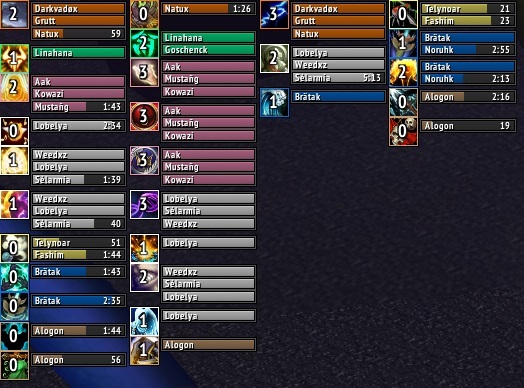 The last of their promises was to make mana matter more again. I think this was only applied to restoration druids if I can be honest with you and mistweavers, but only after 6.1. I played all classes in the split raids that we did, and really it was only restoration druids that you would have to think twice before using a certain ability, Wild Growth. And now with the ridiculous spirit trinkets, mana problems are basically gone as long as you don't go completely MoP style. They definitely could have done this better, as this is only the 1st tier, in the next tier we will have even more spirit and it will be basically exactly the same thing as in end of MoP.

So how did Blizzard live up to their promises? On the more constant damage and fixing absorbs, I would give them 2/3 points. They did fix absorbs, but other problems came instead. For raid cooldowns I would say 1/3. They did remove a lot of them, but the ones remaining are still too powerful in my opinion. For mana requirements, I would say 0/2. It was not right to let only 1 class struggle with mana.

So a rating of 3/8 is what I would say is a fair rating for the new healing model, they lived up to a bit less than half of their promises. There is still much to do.

And to finish the episode of, I get a lot of whispers and tweets asking about my opinion on healing classes. So I would like to say a few words regarding the current tuning. With the exception restoration shaman set bonuses, I feel like the healers are quite well balanced right now, some classes shine on certain encounters and all classes are definitely viable for all fights. Possibly mistweavers would need to be buffed slightly, but please not revival. I think Hand of Protection played too big of a role in this tier, but it's possible to use ret paladins and protection paladins to get it instead, so arguably that doesn't matter. All in all though, I'm definitely satisfied with the expansion. I have very high demands as you may have noticed, so I realize that most of the stuff I want to be changed isn't realistically going to be addressed anytime soon. I'm happy as long as they work in the right direction at least, and they are doing that. Slow and steady wins the race, right? ;)

Thanks for reading, and please share your thoughts. What is your impression of healing in Warlords so far? Is it an improvement from MoP? If you could be a developer for a day, what would you change?