The Revival Catalyst is the new Dragonflight version of the Creation Catalyst we had in Shadowlands, and before the latest PTR build was being referred to as the Inspiration Catalyst. The catalyst will allow players to transform gear pieces into tier set items.

The Revival Catalyst release date is January 24th in North America and January 25th in Europe.

How to unlock the Revival Catalyst

To unlock the Revival Catalyst, you start by accepting the "Reviving the Machine" quest from Watcher Koranos at the top of the Seat of the Aspects (at the top of the highest tower in Valdrakken). 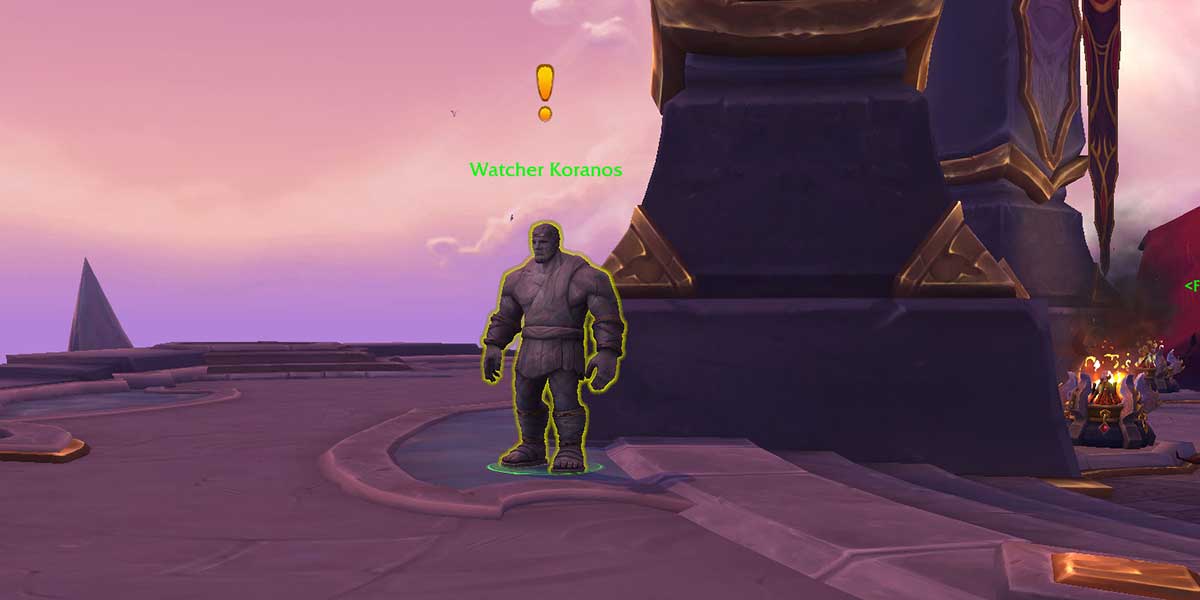 Antuka will then give you the weekly quest, Revival Catalyst. When on this quest, you can track your progress on the quest in your quest log and as a progress bar on your tracked quests.

What is the Revival Catalyst?

The Revival Catalyst allows you to transform non-tier items into tier pieces of the same item level. However, only head, shoulder, chest, hand, and leg items will be transformed into tier set pieces that provide bonuses (2-set and 4-set bonuses). The remaining items can either be converted into transmog items like bracers, cloaks, belts, and boots, or equipped because they may offer better stats for some classes. 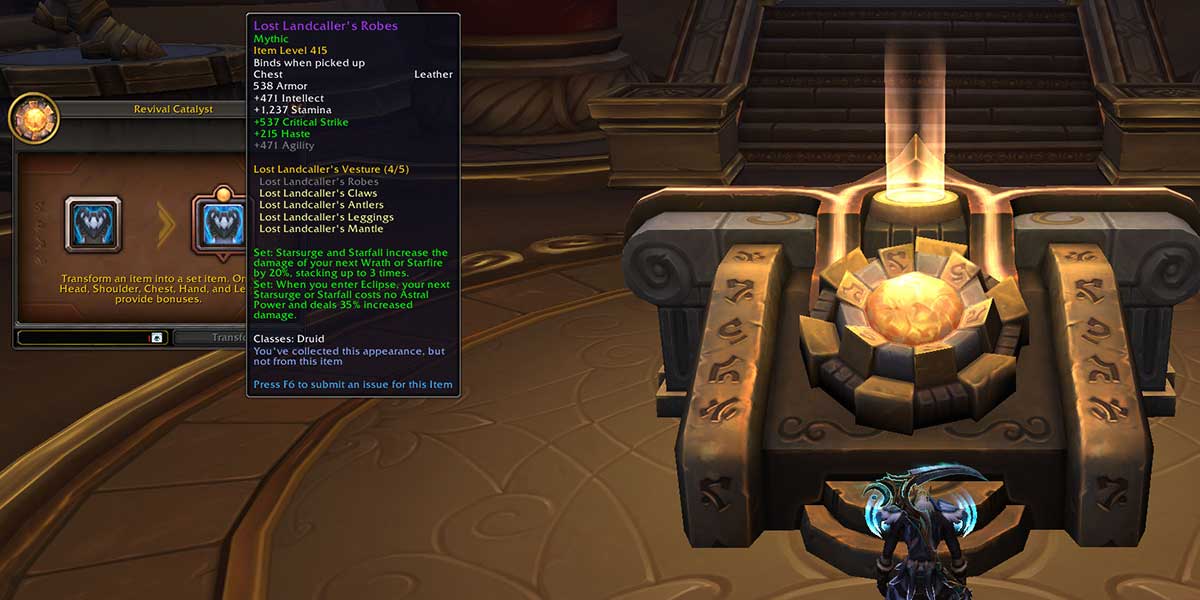 How to get Revival Catalyst Charges

The Revival Catalyst will have a limit of 6 charges per character. You will be able to obtain one charge each week by completing an account-wide weekly quest that involves participating in a range of group activities.

These activities include Dungeons, Raids, Rare Mobs, Battlegrounds, Arenas and more. Once you complete the weekly quest, all of your existing and future characters on your account will receive the charge, and each character will be able to use it independently. The progression towards completing this quest should also be account-wide, with all characters sharing and contributing to the same progress bar.

It is currently unknown whether players will be able to acquire additional charges after the 6th week, something you could do in Shadowlands. Although we cannot be sure, we feel it would make more sense that you can get additional charges after the 6th week as we did in Shadowlands, and that the cap refers to how many charges you can hold at one time, to encourage players to use them.

The weekly quest can also now be accepted in-front of the Great Vault in Valdrakken, from Antuka. This should be a lot more convenient than flying to the Revival Catalyst to accept the weekly quest! 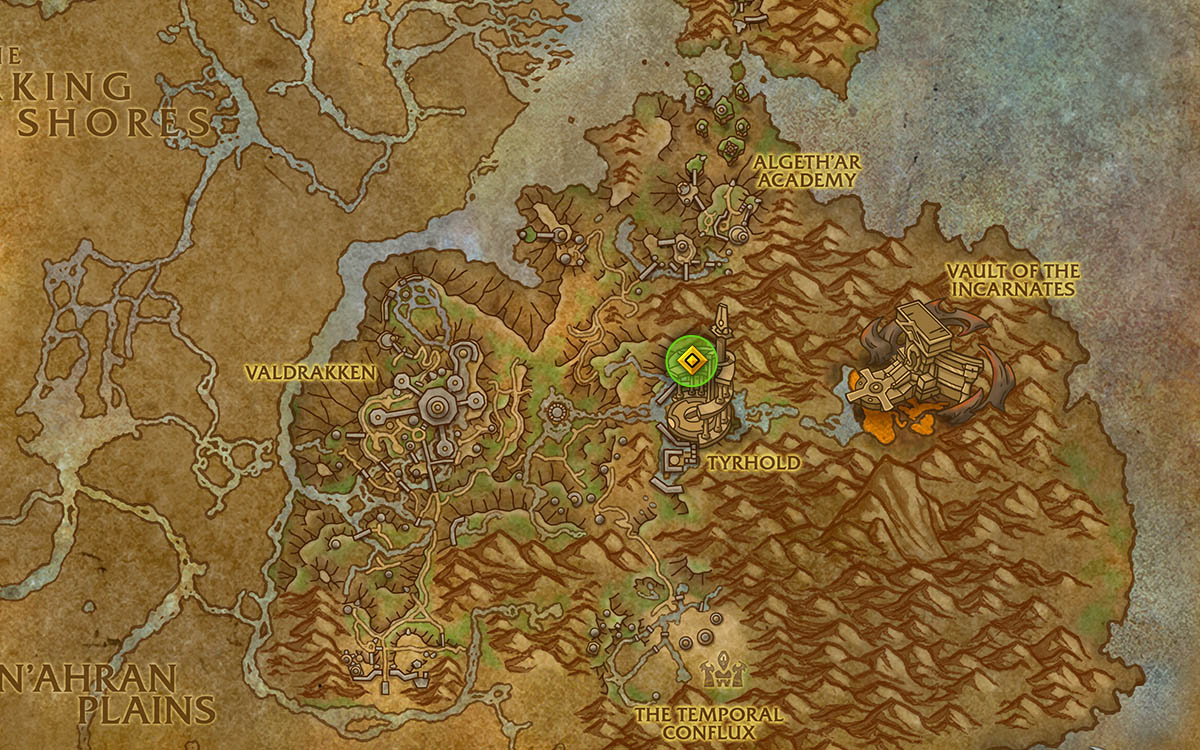 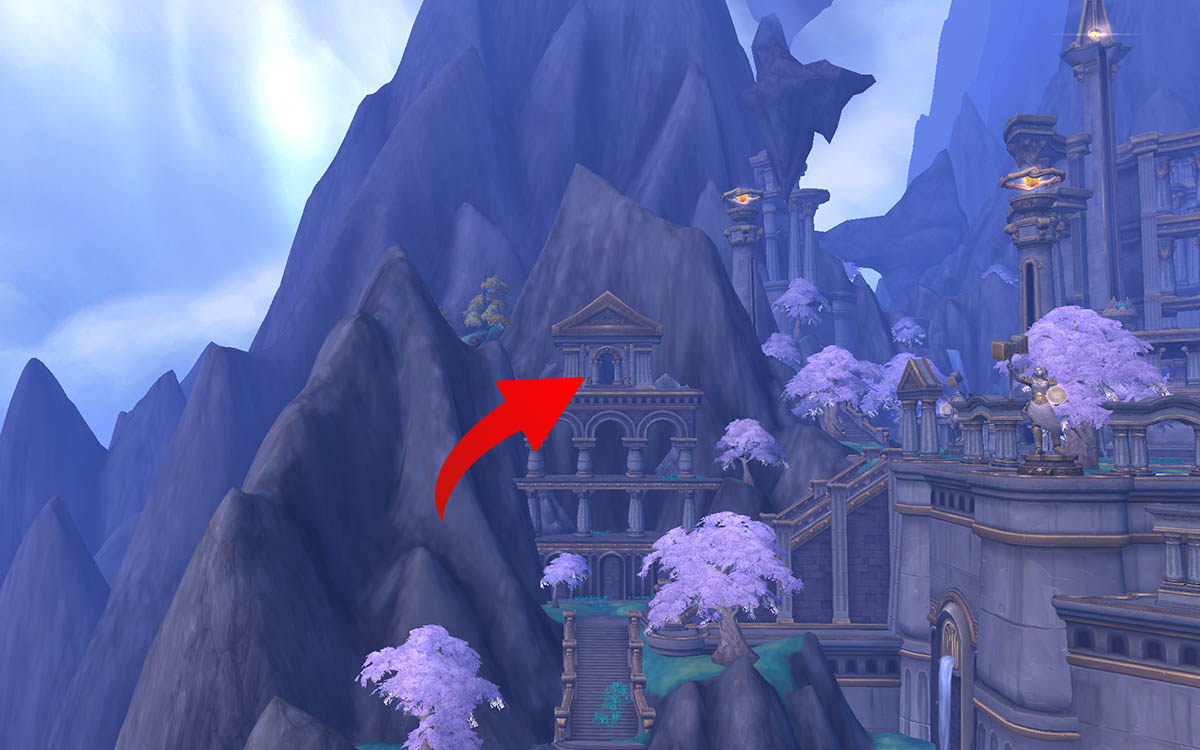 How to use the Revival Catalyst

Using the Revival Catalyst is straightforward. Simply place an eligible item in the catalyst user interface and use it to transform it into a tier piece of the same item level. Keep in mind that this will consume both the item and one catalyst charge. 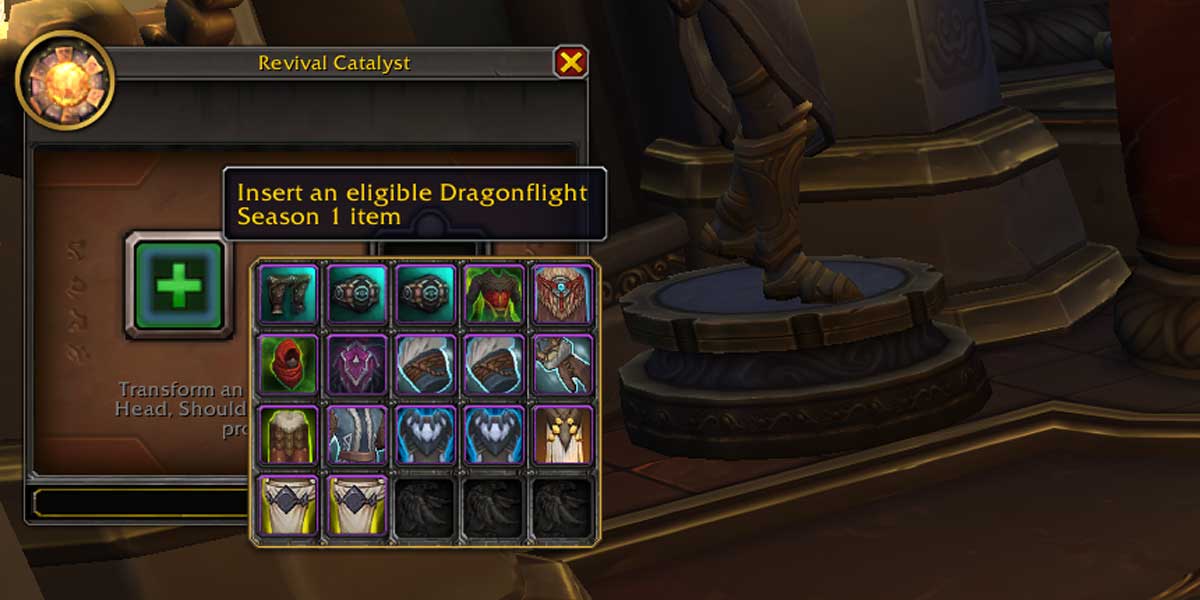 Previously, players were able to upgrade their Mythic+ and PvP items with the respective currency (e.g. Valor) after they converted them into a tier piece using the catalyst, this will continue to be possible in the Dragonflight implementation of the Catalyst system. In addition to keeping the upgrade path progress, these items will also retain Sockets and Tertiary Stats (e.g. Speed).

Items that are not eligible to be used in the Revival Catalyst are Crafted Gear and Items rewarded via Renown tracks.

According to a post on the Dragonflight beta forums, it was mentioned that there would not be any new currency introduced for the Revival Catalyst, like Cosmic Flux, which was available in Shadowlands. Instead, these activities that would previously have rewarded a currency per character, have changed into the account-wide quest, making for a much more alt-friendly experience.

As the Revival Catalyst isn't on the live servers, some of the information in this article may change when new information becomes available.