What Really Happened in Dragon Soul: Progress Analysis with Ladan

So, what really did happen in Dragon Soul so far? With all the delays, different server up times in the various regions and speculation on who REALLY downed what the fastest, it's been a very hectic race. Was it harder than Firelands, was Spine the real endboss, was Madness really THAT easy? So many questions. We asked Ladan from Raiding Research to look into all of the nitty-gritty statistics and timings of the progress race to get a real and objective view of who killed what when, what that means and how it compares to previous raids. I hope you like graphs! 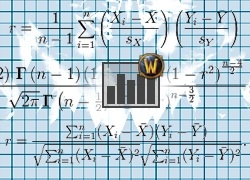 Tier 13 is proving to be an interesting race. I use the term interesting for a few reasons, some of which are probably quite obvious to those who’ve been following the race so far. It’s not to say that these reasons are unprecedented in nature, however. We’ve had other MMOs released before; guilds have exploited bugs; rankings have shifted; guilds have stopped raiding and new ones have popped up on the scene; new patches or expansions have come out during a holiday season; bugs and glitches seem to be built into the very DNA of a new game patch. So while nothing about this Tier race is new, nothing about how things have unfolded is typical. And all of these things seeming to happen simultaneously lend themselves to the race being interesting and turbulent. I’d like to recap the progress so far by using the available data to look at issues like progress pace, race difficulty, shifts in rankings, and 10-man to 25-man progress rates. A special thank you to my awesome team of graphs experts and data crunchers for the help on this article.

So how fast are we moving in Tier 13? In some ways it’s felt like things are moving at a glacial pace (especially during the 8-day ban) while in fact it’s been moving very quickly. This is particularly true when you compare where things were in Tier 12 as compared to Tier 13. To illustrate:

I should note here, however, that despite the overall race moving faster in Tier 13, it actually took both DREAM Paragon and Kin Raiders about 20 days to accomplish a full clear on both Tier 12 and 13, respectively, which suggests that while more guilds are moving faster, 20 days may be the fastest a guild can, theoretically, complete a first-time full clear of a new instance—at least if they are Tier 12 and 13. As a little aside, it took Paragon 28 days exactly to complete a full 8/8 clear of Tier 13. Factoring in their guild’s 8-day ban one just has to wonder what the Tier 13 top ranking might have been if there had not been an LFR exploit or ban added to the mix. But I digress…

Bottom line is that things are moving faster. Even with us at 25 guilds making a full clear of Dragon Soul as of January 7th (congrats to our latest guild, Pulse!) it still took 52 days for 25 guilds to clear 7/7 in Firelands as compared to 39 days in Dragon Soul. We are moving faster. Does that mean DS is “easier”? Hard to say for sure, but it’s either getting easier or more guilds are just getting better at clearing content faster.

Difficulty in the Tier 13 race

Difficulty in raiding and what comprises it is not always something that we raiders readily agree upon. This can often be most assertively debated when it comes to trying to determine if the bosses faced by one raid group size is more difficult on 10-man than on 25-man and vice versa. This can also crop up in discussions when we’re trying to decide if one boss encounter is more difficult than another. What makes something difficult can be a subjective experience, after all, and we may never really be able to determine difficulty or at least come to a conclusion that satisfies everyone. But data about progress in raiding can tell us something at least. If you look at the following graph, it’s a diagram comparing the time it has taken the top guilds to clear Spine as compared to Madness. As you can see (see Graph 1 below), the majority of sampled guilds (14 out of the top 22) took significantly more time on Spine than they did on Madness. Factoring in the Holiday breaks like those EU and US guilds that took time off for Christmas, the time spent on Madness may show a greater inflation than might ordinarily have been there. Suffice it to say, if you look at say DREAM Paragon, for example, they show a 14-day elapsed period of progress required to kill Spine versus a 5-day period of progress on Madness. This includes the 3-day break they took over Christmas as well. 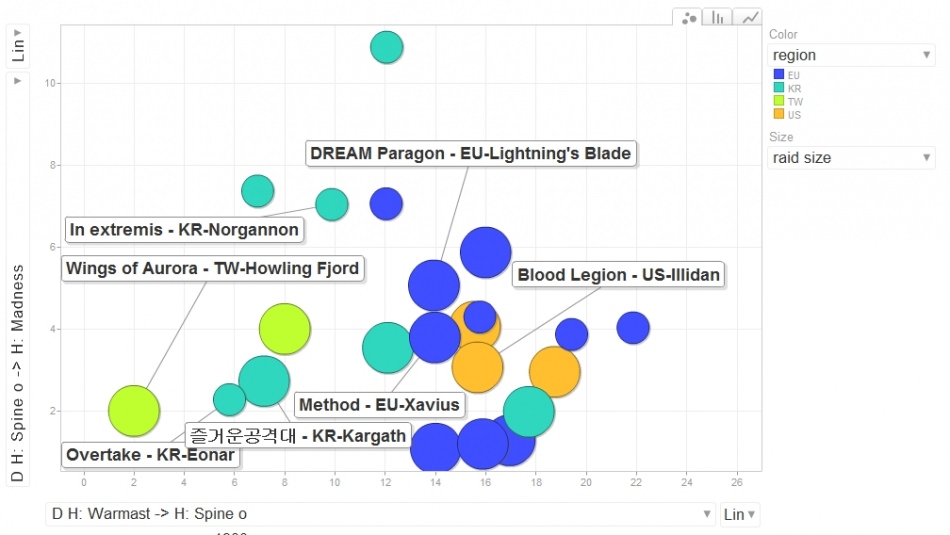 Without a doubt this does seem to suggest that whether or not we can confidently assert difficulty, we can definitely see that certain patterns suggest it. Another way to look at difficulty is when we compare guilds’ progress in relation to gear acquisition, such as in the graph comparing progress on Blackhorn to time on Spine. The graph below suggests that those guilds that killed Blackhorn fastest have taken more time on Spine. This relates to server reset times and the abilities of guilds to acquire more output-enhancing gear (making a Spine kill more achievable). Thus, the longer it’s taken guilds to move through DS and kill Blackhorn, the more resets they’ve had access to, and the shorter time it might take to kill Spine once they actually get there. The guilds that moved faster on Blackhorn may have run into the gear hold-up once they got to Spine. Also, if you look at the upper left quadrant of this graph, you can see a noticeable pool of the top guilds who took significantly more time on Spine (some as many as 26 days) as compared to time on Blackhorn (under 12 days). 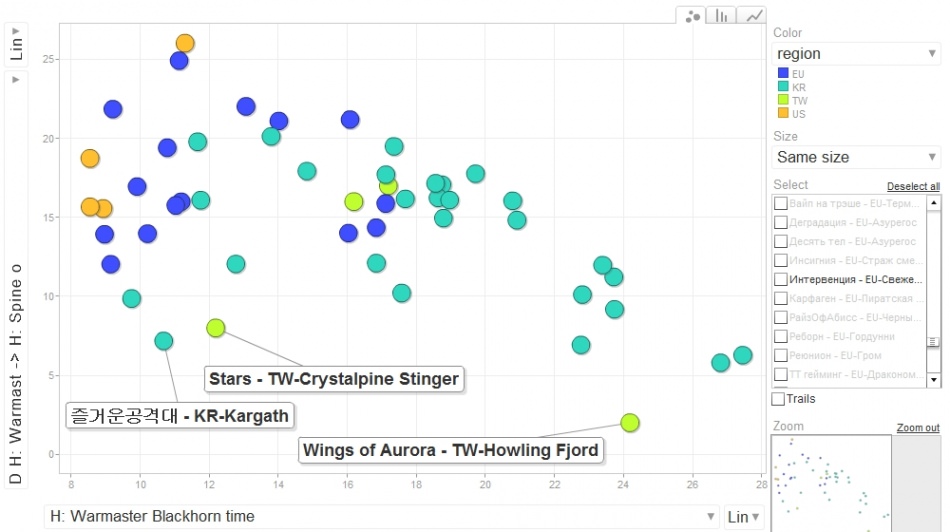 So if we can accept the overall perception and data-driven suggestion that Spine is the more challenging (dare I say difficult?) encounter in Dragon Soul, I thought it would be fun to compare the speed of guilds getting through heroic Ragnaros in Firelands as compared to getting through Spine in Dragon Soul. The graph below indicates that for most guilds (excepting a few like In extremis and Paragon), Ragnaros took longer to kill than Spine. So even though Spine may be the hardest encounter in DS, it may not be as difficult for guilds, comparatively speaking, as Ragnaros was in Tier 12. In fact that graph shows a very interesting pile up of guilds that took around about two weeks to down Spine but took around 30-35 days to down Ragnaros. 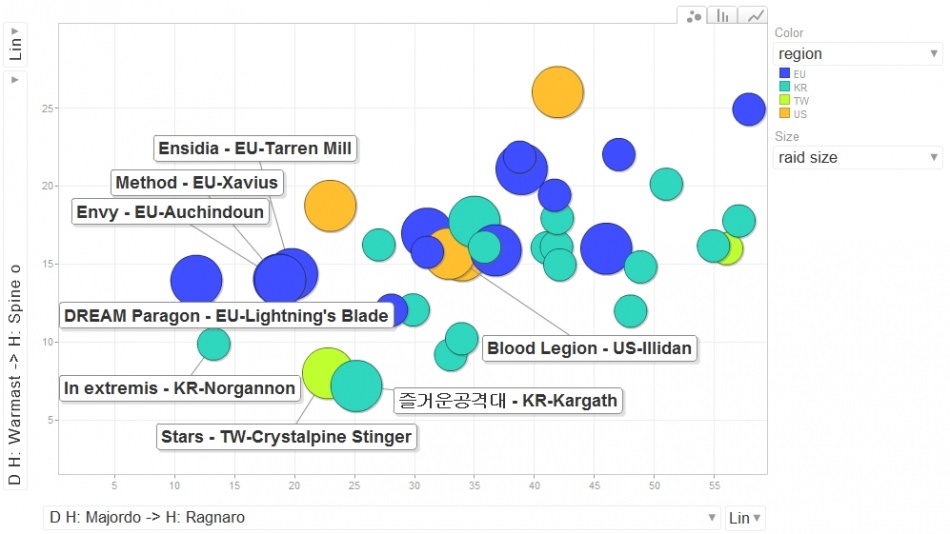 Probably the most overt difference between this Tier and previous tiers is the shift in ranking among the top ranked guilds. The graph below shows us just how dramatic this ranking has been. In fact, a quick comparison of the top 40 ranked guilds in Tier 12 as compared to Tier 13 shows that not one guild has retained its previous ranking. Some have improved (Kin Raiders going from 11th to 1st, for example) and others have dropped (such as Envy from 3rd to 13th). The graph compares the top ranked 200 guilds in Tier 12 to what has happened in Tier 13. I’d say that graph indicates that the Korean server guilds had the most significant improvements (an example is that three of the top 22 ranked Tier 13 guilds from Korea were ranked 282nd, 512th, and 574th in Tier 12), while EU server guilds have had the more noticeable drops. Just look at that cluster of three EU guilds that were all in the top 40 in Tier 12 having dropped down to around the 150th mark in Tier 13. 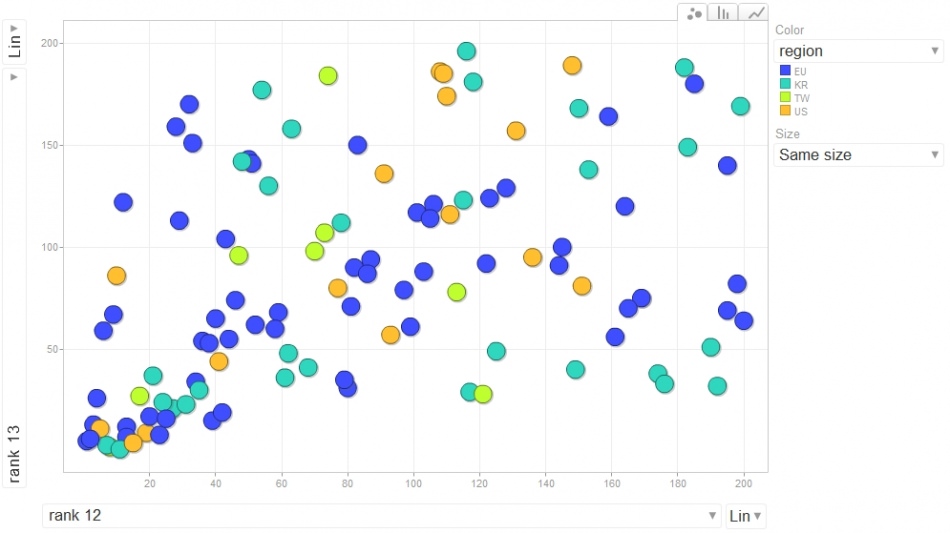 This graph compares rankings from Tier 12 to Tier 13.

And this variation in ranking is carried through when you look at shifts in rankings and raid size. Look at the graph below. This one (with red being 25-man and blue being 10-man) shows that there is a greater number of top 50 ranked 25-man guilds dropping down to the 100-200 ranking range and a bigger number of 10-man guilds moving up from the 100-200 range into the top 100 ranking range. 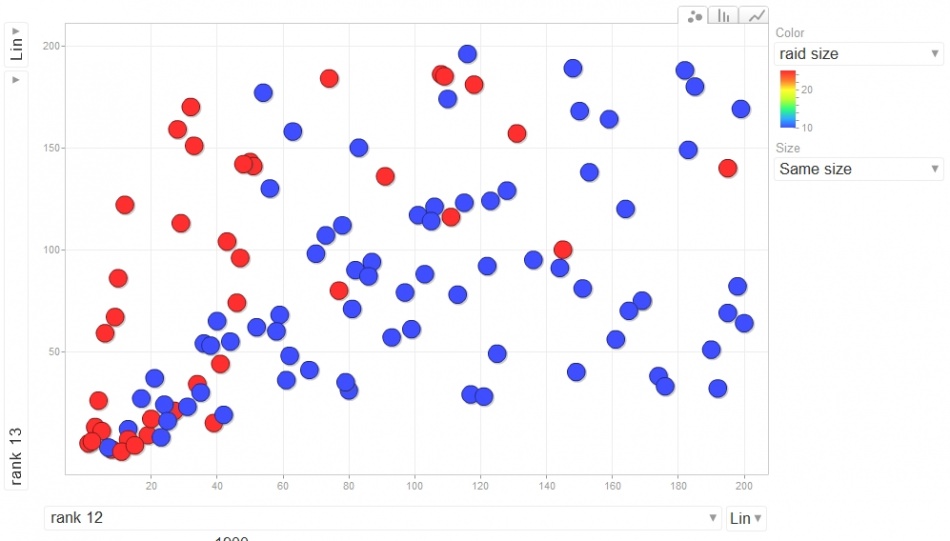 This graph compares rankings of 25-man and 10-man guilds between Tier 12 and Tier 13.

This last graph here compares the top 22 ranked guilds’ rankings in Tier 12 to where they are in Tier 13. I realise this is a bit of a visual mindf*** but allow me to unpack it a little. If you locate Paragon on the chart, you can see that their Ragnaros rank was 1, while their Deathwing rank was 5. They show a decrease in ranking. This kind of shifting, particularly the downward movement of the typically dominant EU guilds, gives a compelling visual reminder of the changes in the ranking between tiers. A few guilds—four in fact—didn’t even make it onto this graph because their upward movement was so significant. Korean server guilds Overtake, Ground Zero, Incredible Miracle, and Taiwan's Wings of Aurora all made a huge leap up into the top guild rankings.

A few notable missing names from the rankings are Ensidia, Inner Sanctum, For the Horde, Premonition, and Karfagen. These guilds have either announced their withdrawal from the race or opted to downshift or slow down their raiding pace. Considering that all but one of these guilds are EU guilds, it has helped contribute to the geographical shift that I’m noticing in the rankings. 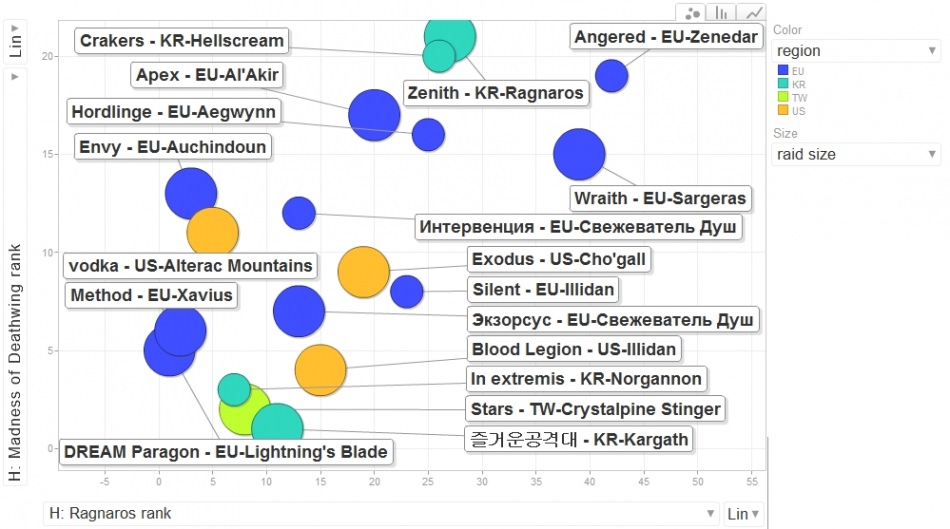 People often ask me why I’m in a geography department and researching gaming. Well, this next section might help explain why. We’re seeing a geographical shift in the rankings. Allow me to demonstrate with this comparison between the top 52 raiding guilds in Tier 12 and the top 52 in Tier 13. (I’m comparing the top 52 as that’s how many guilds had cleared Spine as of January 6th, when I pulled the data.)

I think the numbers speak for themselves. We are seeing a dramatic shift upwards of Korean and Taiwan guilds, and an eye-opening drop in EU and US guilds at the top. Now, I realise it’s a bit premature to make these comparisons since those top 52 guilds haven’t done a full clear of Tier 13 yet, but it’s still quite noteworthy.


And a few more juicy tidbits

Now that you’ve gotten through the meat of the article, here are some fun bits of information that you may not have known about in relation to this Tier race.

And the following graph shows us just how consistently the patch release dates impact our progress. Look at the daylong breaks between Morchok (normal) kills. It makes a pretty picture. But of course some guilds had to deviate and start later. Because we just can’t do anything consistently, can we? Actually, the deviations give us some indication of those guilds that were not only affected by the LFR bans but that did not begin their raiding until after their ban was lifted. This probably means they did not have the roster of alts on different accounts to do any heroic DS content while under the ban. 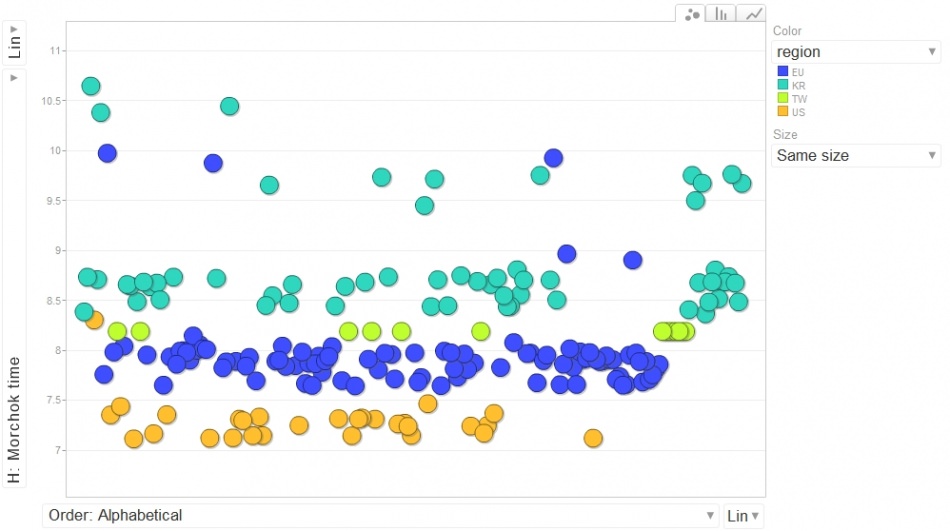 So what does this all mean? Is the time of European dominance of the raiding race over? Or is this just indicative of the quirks of the Tier 13 race and the widescale bans that appear to have struck the EU guilds more than most? Do we write off this Tier as unlucky, buggy, and uneven and thus incapable of being truly viewed as a race in the classic sense and intent of the word?

I imagine a review of how things go after this race and the Tier 14 race is underway will tell us something more concrete but for now, the data just seems to tell me that we’ve had a race that’s turned things sideways and definitely seems to be suggesting that the Asian raiding scene is rapidly developing and claiming its place amongst its fellow raiders in other regions of the world.