Method is teaming up with MSI to bring you another big WoW event, the Ny'alotha Showdown, where the guild will be facing off against Aversion in a raid race, with additional dungeon and PvP tournaments (on the Shadowlands alpha) featured as well!

This major streaming event will feature Method competing against the top German guild Aversion to get through Mythic Ny'alotha and down N'Zoth as fast as possible, and will also have players from both guilds showing off their skills on the Shadowlands alpha, in two new dungeons (the Necrotic Wake and Halls of Atonement) for the 5 man part of the competition, as well as in the PvP dueling tournament, which will also feature many of your favourite personalities!

MSI's partnership with Method has enabled world class broadcasts, competitions, and more since 2018, and the Ny'alotha Showdown takes this co-operation to a new level. Thanks to MSI we have a $4,000 prize pool spread throughout the events, with the titular raid race claiming the lion's share at $2,000, and the dungeon and PvP tournaments getting $1,000 each. With the sheer amount of skill and competitive spirit present among all the players, not to mention the caster talent present, the event is sure to be tense and interesting, as both guilds fight through all 3 major aspects of WoW's endgame.

The Ny'alotha Showdown kicks off next Wednesday, May 13th, and will be taking place on the Method Twitch channel, with casters taking us through all the races and duels, with the same high standard as the Race to World First events. 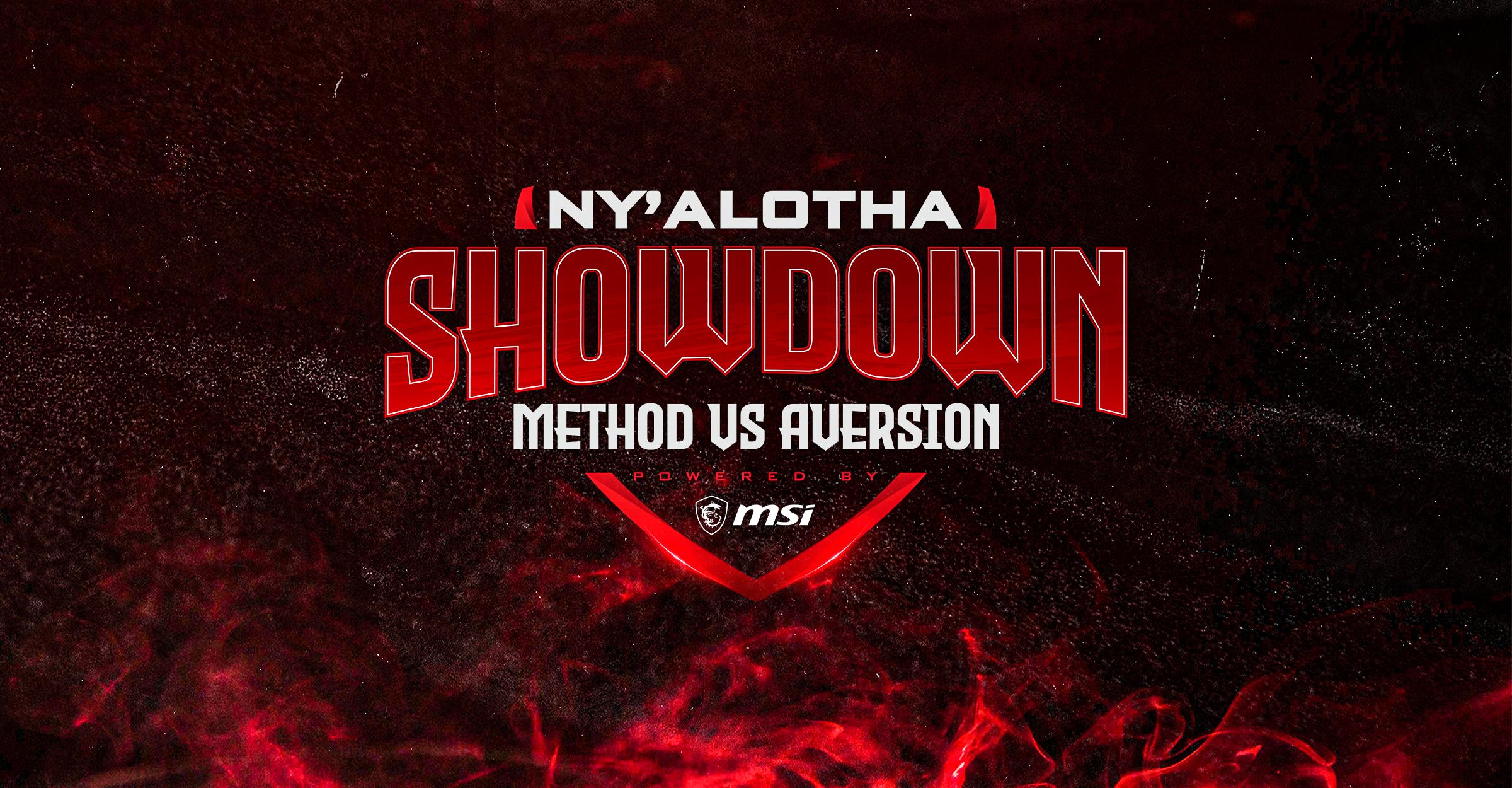