News The AWC Summer Season Is Here, Chas and Raiku Talk Arena Ahead of the First Cup

The AWC Summer Season Is Here, Chas and Raiku Talk Arena Ahead of the First Cup

The Arena World Championship Summer Season is upon us and we have the first cup top 8 coming today! While the Spring LAN tournament didn't get Method teams BlizzCon spots, they'll be going even harder at it this season, with 4 more spots available, two from the Summer LAN and two from the overall leaderboards. We had a little chat with Method Black's Chas and Raiku on the topic of the upcoming season and Arena/PvP in general to get warmed up before today's matches and to get to know the players a little better.

The new season is coming up, what are your thoughts on this past season, both in terms of your personal performance, the team performance and the season itself on Blizzard’s side?

Chas: It was an alright season. I believe there is meta games that would benefit our team more than the current one, still an alright meta for us. The Blizzard esports team has great people working with a passion for competitive WoW. I think the game deserved more tuning than it receieved during last season.

Raiku: I think the past season was pretty good, we never placed worse than 2nd in any tournament except for 3rd at the LAN, so an overall successful season for sure and we are learning more and more everyday in terms of comps and playstyles.

What’s your favorite play from the past season?

Chas: One of them might be the semi final vs. ABC in the Spring finals when we played MLD versus their ele mage resto druid and I got to properly chase them down with cat affinity.

Raiku: When Chunli died on Ashmane's Fall in the tournament right when the commentators were asking if Chunli would ever die in a tournament game.

Who would you say are your “nemesis” in the competition so far?

Chas: Wildcard Gaming without a doubt.

Raiku: Wildcard Gaming just because they have almost the same points as us, also ABC is looking really strong coming off the end of the last tournament.

What do you think was the absolute best period in WoW for your current/favorite class?

Chas: MoP Resto druid was a lot of fun, a lot of abilities. A big reason why I think MoP was fun was because everything felt overtuned and that made it very fun. Disc priest in WotLK / Cata and also Legion was a lot of fun.

Raiku: I would have to say Wrath of the Lich King / Warlords of Draenor were both expansions when mage felt really good to play and you could really stand out from the rest.

What would you say was the single most OP class in Arena at any time in WoW’s history?

If you could remove one spell from the game, which would it be and why?

Chas: Demon Hunters' mana burn, although we use it a lot in our team, it is not a fun playstyle and not very fun to watch either.

Raiku: Dark Similacrium... way too short of a CD and just annoying to deal with.

What do you like to do in your offtime in between seasons?

Raiku: Going to the gym for sure and hanging with friends as those are the only times we really have a break the entire year. It's hard to see your friends in the evenings during Tournament season as we practice 7 evenings a week.

Do you have any other passions outside of WoW?

Meanwhile, here's a look at the schedule for the upcoming Summer season, where it'll be especially interesting to see how all the teams handle Cloud9's Mage/Lock/Druid composition: 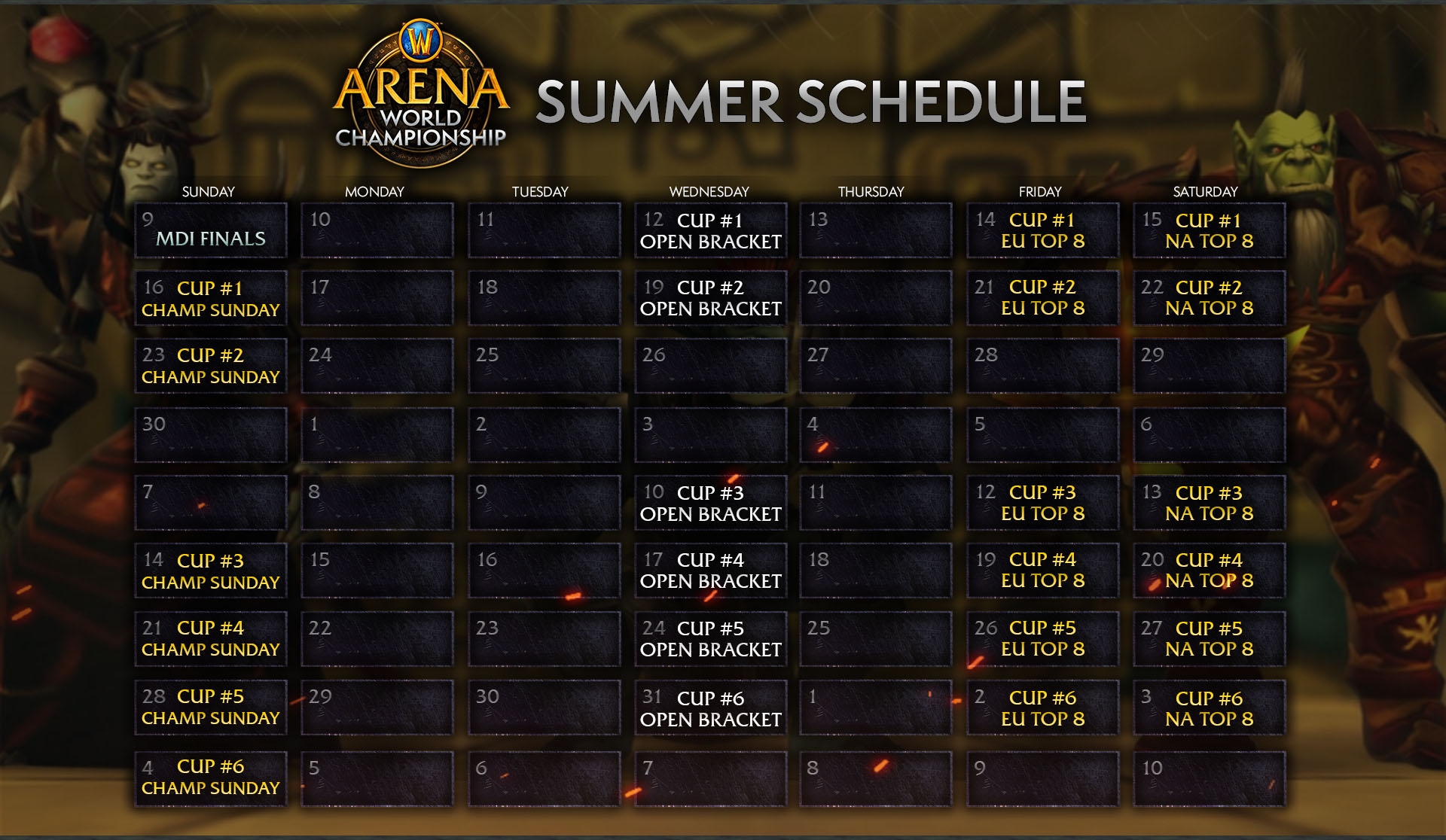