We caught up with Seita, DREAM Paragon's GM, to see HOW ON EARTH THEY DID THAT. Also, more reasonable topics and less caps.

So, 10 man, how has it been treating you (apart from the obviously amazing accomplishments you've managed)?

Raiding 10man was fun, would have been nice if the bosses were a bit harder and if we could have had some competition from the other 10man guilds.


How was it different than 25 man and which do you prefer from a purely gameplay aspect?

A lot easier to manage 10 people. It was nice too that we didn't have to change setups/players etc. for every boss, in the end I would prefer 25man if we could have 25 players with similar skill who put in the same effort.


Why do you think you had (and still have) such a huge lead over everyone else in the 10 man field?

I have no idea why the other 10man guilds are struggling so hard, I'm quite sure we had a bit of a gear advantage, and also we have the experience and put in the effort required.


Are the bosses strategy-intensive or is it just pure skill on the part of your players that made you finish so quickly?

For a couple of the bosses, the last one, for example, we had some nice tactics. In general individual skill plays a bigger difference in 10man than in 25man.


Were you pleased or disappointed it took you so little time to finish this first instance?


Did you raid 24/7 these two days or were there longer breaks?

We started raiding 11:00 Finnish time when the heroics opened for EU, went to bed at 04:00 and started again at 13:00 with an alt raid and then did Will of the Emperor 10hc right after. Of course we took 15-30min breaks every now and then. 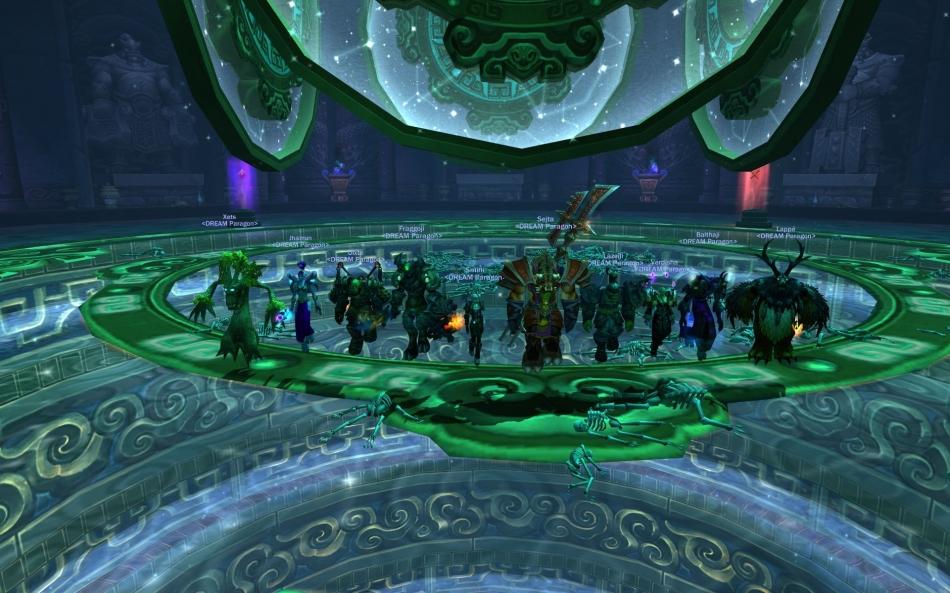 Was it necessary to use many alts in order to get optimal raid setups?

We didn't end up using any alts in the progress raid, we had the same setup for the first 5 bosses and for the last boss we used 2 guys who helped us clear 25 normal and who were part of the old 25man roster. The only use we had from our alts was to help gear another warlock from 10 normal just before Will of the Emperor 10hc.


Which was the hardest boss in the instance?

Spirit Kings was the hardest.

Bad. Loot is too random and its too hard to catch Galleon kill even on our low-pop server.

There was nothing to really rage about, everything went so smoothly with just 10 people in the raid.


Any (very subtle) tips for the guild stuck on Gara'jal?

We didn't really use any secret tactics or anything special, I don't really get what's the big deal about the boss. The mechanics were really easy and in the end the enrage timer wasn't too challenging. We would have been able to beat this boss in much less gear, we had around 15s left in the enrage timer and it wasn't even a perfect try. The best tip would be to have EVERYONE in your raid do the maximum dps possible at all times? We have a video coming from our kill hopefully on Friday night, not sure if its ready by then.