The final raid of Legion has been cleared and, as expected, Method ended up at the very top! After a short 1 day trip to the final boss, Argus the Unmaker himself, the team took a week to work on the encounter and then again made short work of the last hurdle in Antorus: the Burning Throne on the first day of the second EU reset.

It took 320 wipes and 7 days for Method to get from the start of the final raid in Legion to the end, claiming another endboss World First, making it 3/5 for WoW's latest expansion, showing the guild's dominance in the game's PvE scene. Here's what it sounded like in the final moments of triumph:

And here's the team composition for the toughest fight in Antorus: 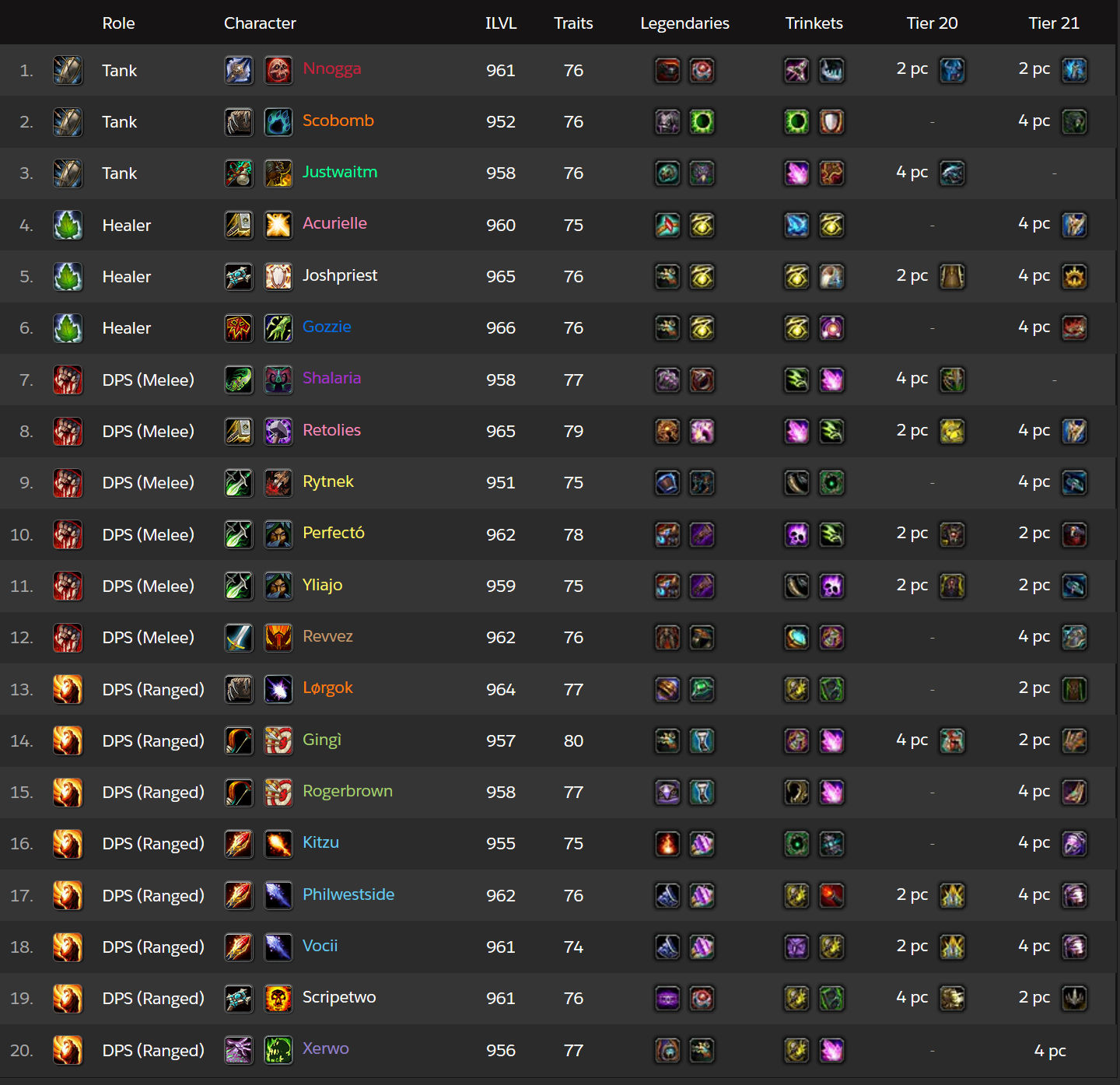 Method will be back in Battle for Azeroth, going at the raid content at full strength and claiming many more World Firsts, continually proving that they're the best guild in WoW history.