Blackrock Foundry progress is finally over and what does this mean for me? Well I can get back into my routine. Focus on my studies, spend time with my lady and also writing! :D I'm sure most of the people want to hear about the mythic progression straight away, but I want to do this the right way. Start from the beginning, the preparation for the race. However don't be disappointed, I will give you my general thoughts about the progress at the end of the article. 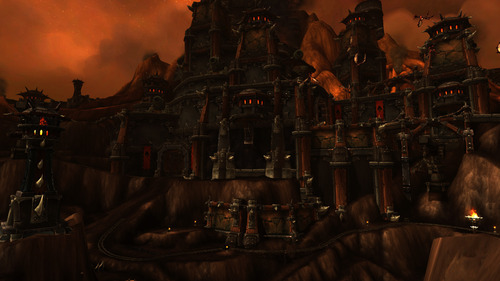 I think there was a lot of pressure on us for this progression, we had done some pretty aggressive roster changes that I'm sure many people thought were questionable. We obviously wanted to prove to both ourselves and our fans and followers that this was the right decision. So what did actually happen?

Treckie, Kazz, Blatty and Eack got demoted to veterans, which meant they would not be in the main progression teams but they could still stick around and be a part of Method with split raids and alt raids if they chose to. Only Kazz decided to stay. As far as I know Blatty quit the game, Eack I have no idea about and Treckie decided to go to Nihilum where he could focus more on his stream. We recruited back an old moonkin from Throne of Thunder that some of you may remember, Lorgok - he was playing in Envy during Highmaul. Razie got demoted from officer to member and Pottm got promoted to officer.

So we basically reduced our roster by 3, because we wanted a smaller team which is easier to maintain. The biggest change was definitely losing Treckie, it’s not every day that you go and change your main tank. We tried a bit with a new DK but he wasn’t good enough so we decided to stick with our initial plan, having Justmonk tanking.

With the roster changes done it was time to prepare our characters for Blackrock Foundry progression. We started instantly doing Highmaul split raids, already the 3rd reset, after Christmas and New Year. We did 2 raids which killed Imperator Mar’gok, and then 1 extra raid with only alts that surprisingly managed to clear 6/7M. Additionally we did a lot of heroic raids, to gear up extra characters for BRF funneling raids. Our plan for BRF was to run 6 heroic raids with 30 characters in each raid, so this required a total of 180 characters. This meant that people were required to have 6 characters each, and then we would rely on help from our ex-members and close friends to fill out the last slots. This process went fine for sure, I think overall our team did a very good job. Officers assigned 3 characters each that would get focused on gearing up, and the rest of the characters would have to get leftover items and just be in the raid to increase the amount of loot that would drop. The requirements for these characters were 630+, same as in Highmaul, and all the 3 main characters would carry the raids with 670+ ilvl. 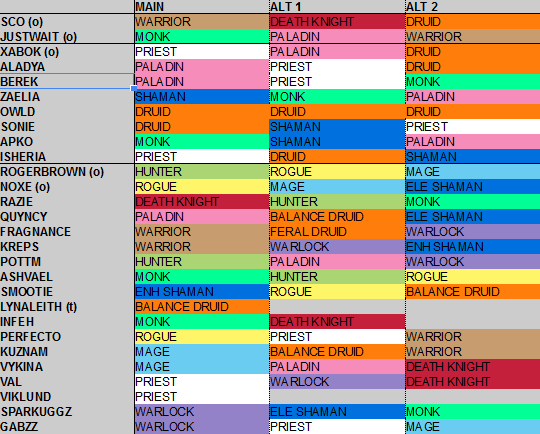 We had the characters ready that we needed and everyone felt really hyped about the new chance to prove ourselves to the community and our fans. Before ending this episode, I promised you to give you my general thoughts on BRF progression, so here we go:

The instance had a lot of fun bosses, my personal favorites were Operator Thogar which was an amazing boss, whichever developer made this one deserves a raise. Keep it up! I also very much liked Gruul which for once actually was quite difficult for being a starter boss, the enrage timer and healing requirement was really well tuned for this early in the instance. Hans & Franz was special but fun. The big fails of this instance were Kromog and Iron Maidens, but more on that later in the dedicated Mythic articles, but let’s just say they were extremely bugged and Paragon was very smart to predict this and go heroics first, so props to them! Blast Furnace was amazing, it was well tuned and required a lot of smart thinking. I was not shocked that only Paragon and us killed it the first reset. Blackhand was extremely difficult, it was tuned really extremely for the item level that we had. The other bosses were okay, not bad but nothing special.

Obviously we are very satisfied with the results, and it’s nice to finally relax and get back to normal routines, knowing that all the other guilds are still stressed and pressured.  I think all of us knew that we had it in us, we knew that we were capable of beating Paragon and it was nice to prove it on the two most difficult bosses of the instance; Blast Furnace and Blackhand. Next week we will get into the split raids madness, do you think it's easy to run 6x 30 man raids? Well, think again...! See you then.