And here's the conclusion of the Mythic Highmaul retrospective with the final two bosses to die, Buthcer and Imperator Mar'gok. 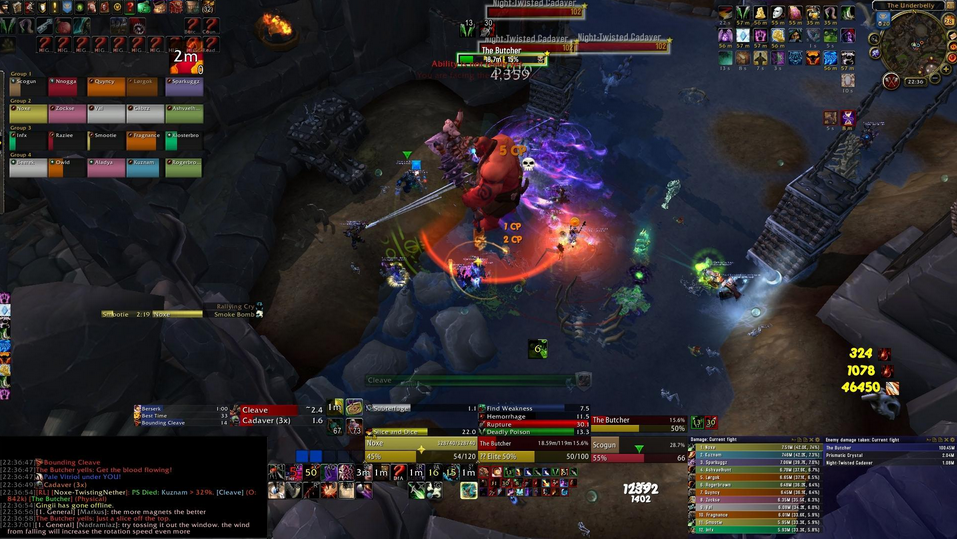 The strategy for Butcher wasn't that complicated, it was just a very tight dps race. We weren't aware of the pool party strategy so we did it the way I believe it was intended to be done. Tanking him where he stands in the start and then 4 soakers around the boss, 3 hunters and me. We had so many low % wipes so we decided to try 3 healing it instead of 4. This wasn't a walk in the park without the pool party strategy since the people soaking took very high damage and they were far away from the boss, so they needed targeted heals to be topped. We were very close to killing it like this but then we went back to 4 healers and with help from Augment runes we managed to bring him down, the first non-US kill.

We moved back to Imperator and this is where a lot of problems started and it showed we had people with different amounts of motivation for world firsts. (Hint: the kicks and demotes after Highmaul.)

Not having a blood DK or an enhancement shaman really hurt us here and set us back a lot, big props to Paragon here for being aware of the OPness of enh shamans, the very rare class that no top guilds used before. Not using 3 tanks was just a very stupid mistake from our part, we definitely shot ourselves in the foot by not being fully prepared. But at least it's only Blackhand that matters and now it feels like we are more ready. But more on that in the next article.

Healing this boss was definitely a challenge, especially as a restoration druid who for some reason has so much worse mana regeneration than other healers. It was a extremely long fight with almost never any break, so you really had to think twice before throwing out that heavy mana spell (a.k.a Wild Growth). We went with the standard 5 healer setup. We never even considered going with 4 healers, it was just unreasonable with the gear we had available to us and going with 6 would give us problems with interrupts in intermission and would also make us struggle with completing it in time. In the start we even used Bloodlust for the 2nd intermission but as we improved we realized that it was possible to do it without and then we could use 2 Bloodlusts in the fight instead of 1 only. 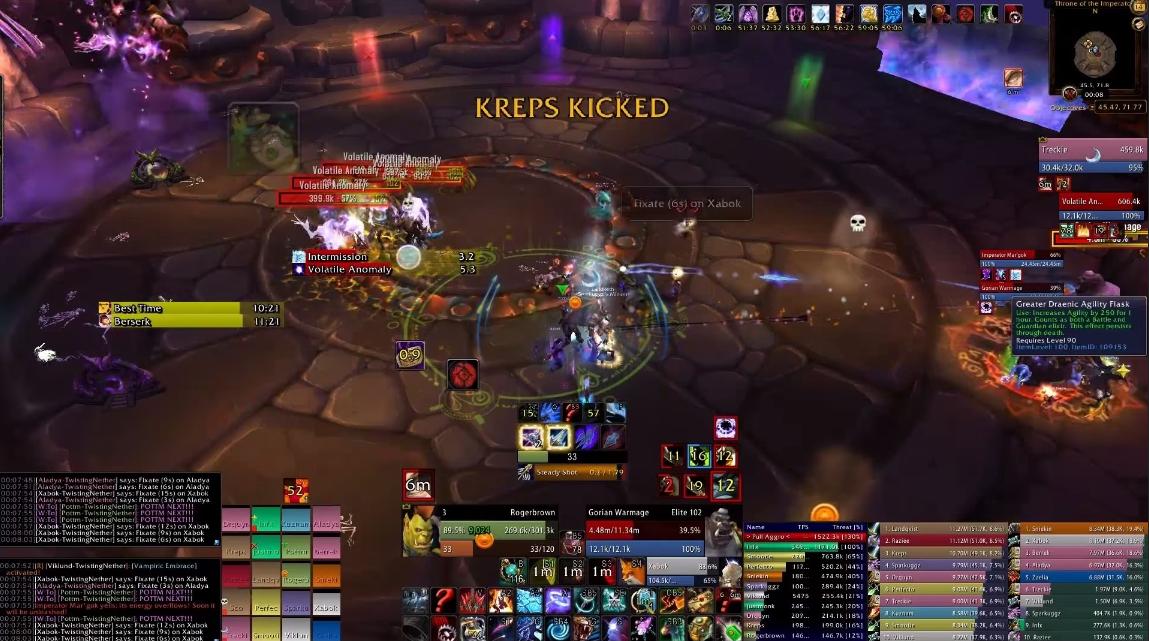 Some of you may remember the picture that was leaked from Paragon, only a few hours after that we reached phase 4 too. And then we started having a lot of stupid wipes, mostly to tank deaths. Our tanks were really under geared and we also ran only 2 of them. It was terrible, as mentioned before, we literally shot ourselves in the foot. So much time wasted…

Phase 4 seemed a bit difficult at first, so stressful when transitioning to it with billions of adds coming, all of them hungry for healer's blood. Thank god for Hand of Protection… Not sure how I would stay alive there without it. Once we started to understand it and got the transition under control it actually wasn't that difficult. Because you could use a second Bloodlust there the boss fell over so quick and before you knew it he was already at 20%, with not too much stuff going on. Just rotating soaks for the Gazes and watching out for the stars. The healers' important job here with dispels and healing seemed very interesting at first, but it actually wasn't that interesting once you learned it. The only interesting part was to see which 3 lucky fellas got the first debuffs. You didn't want them on people that would soak the first Gazes as then they couldn't get healed and you would have to adjust to it, annoying extra stress. So you preferred, of course, that melees got the debuff who don't soak any Gaze, so you could just focus on maxing the absorbs. 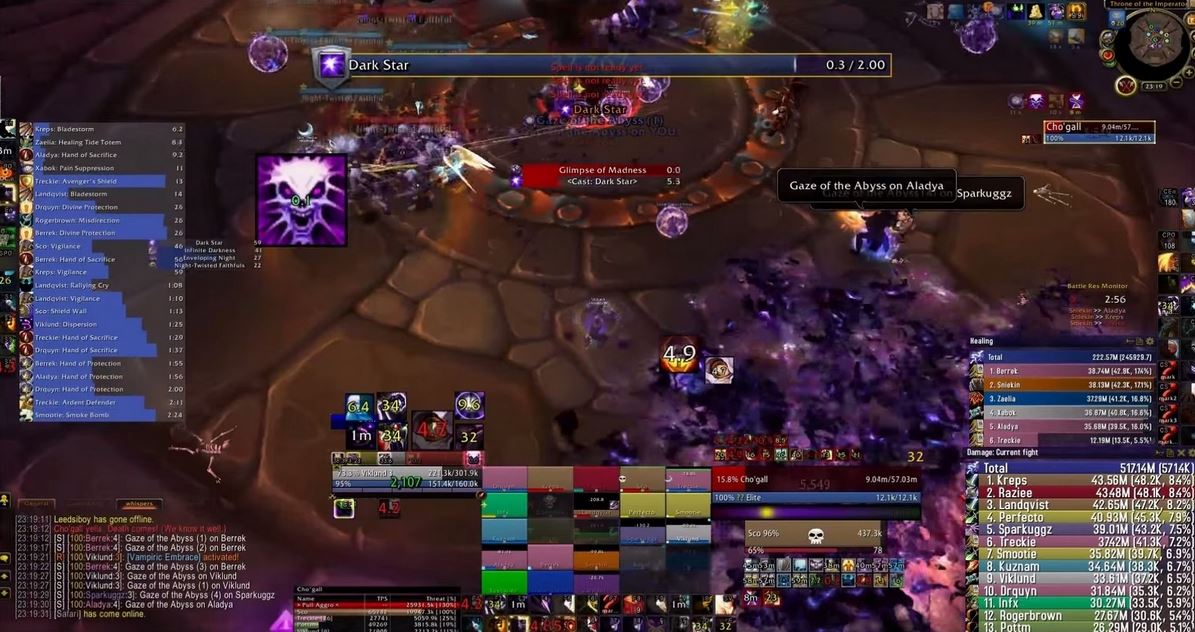 I think the fight was okey, but mostly because it was fun to struggle with mana for once. But to truly enjoy this fight that means you would have to play resto druid since you don't really struggle with anything else. Were we happy with our 2nd place? Obviously not, but we knew that Paragon is very good and they outsmarted us with blood DK and enhancement shamans. Now for foundry we were better prepared it felt like, with some well needed adjustments.

The next article will come after Foundry is cleared and then I will talk about the preparations first, give you some more insight into our roster changes, how we geared up and how we raided. See you then!