External cooldowns for tanks is something that I’d like to discuss in this week's episode. I feel like it’s something that changed a lot with Warlords of Draenor. Prior to it (at least for Method), the burden was put more on healers to try to organize it, but most of the time they just ended up being used when you saw that a tank dropped low, or when you knew that the tank was about to take high burst damage. It was always more of a ”yolo-style” with healers just having to react quick when needed.

Today I definitely notice a difference. The skill requirements for a tank have gone up a lot with the release of the expansion. The tank will die if he doesn’t have cooldowns sorted properly. For us in Method, this has put more pressure on tanks, and our tanks have needed to be more vocal and call for the cooldowns that they need. This means that we get to hear Sco more often, which is nice. He really stepped up a lot and is always calling externals that he needs.

To be honest with you. I have no idea if this is how other top guilds do it, or if someone else coordinates externals, but I can’t imagine someone other than a tank doing it, so my guess is that they do it the same way. Anyways, the primary aspect of tanking is staying alive, and externals play a big part in this. If someone else calls it, they usually have no idea when the tank wants to use their own cooldowns and etc. It just gets too messy if someone else is given the job.

Furthermore, the ”yolo” approach definitely isn’t viable anymore. I can’t even count on my fingers how many times in MoP tanks were screaming: ”GIVE ME A COOLDOWN”. And got 3 cooldowns at the same time, such a waste... Or even worse, they get zero because every healer expects someone else to use their external. This isn’t viable with today’s tank incoming damage model. 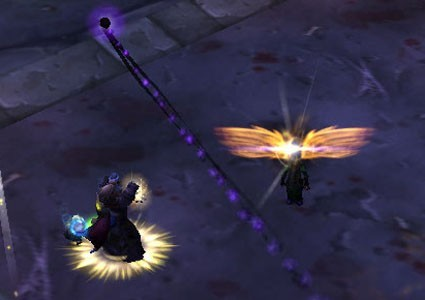 You really notice the importance of this when progressing, a good example is Blast Furnace Mythic. We had a phase 1 strategy where we tried to kite the Security Guards and Foreman Feldspar as much as possible. This was done with a warrior, jumping around, intervening and etc. But obviously you couldn't kite them 100% of the time, when leap, intervene, knockback and vortex from druids were on cooldown, they would catch up and smack you. Then it was very important to have a good cooldown rotation. This was done flawlessly by Sco, he literally had a full rotation of all cooldowns available with our composition, but not only that, he also called for vortex and knockback when it was needed. Now though, during farm, it's not that important anymore, obviously he needs some externals but it's a lot easier now.

I think the difference between a decent tank and an extraordinary one is based on this. It doesn't matter how good your healing team is, if the tank doesn't have perfect cooldown management, then you will struggle. Just like we struggled in Highmaul, and improved very well for Blackrock Foundry. So my number one tip for you healers out there, struggling with tank deaths a lot is: get your tanks to practice on external cooldown management. If they don't have an addon like Hermes, then they are doing it wrong.

I think this new way that we do it in Method is working really well, with 1 exception. Iron Bark is only 20% damage reduction on a 1 minute cooldown, tanks usually prioritize to call for more heavy externals, and Iron Bark ends up being the last resort. If you play a druid then you know how sad this is, since Iron Bark also makes your HoTs heal for more. It’s a HPS increase to use it, but if you use it without tanks calling for it, then you are screwed if they actually do end up needing it and you are sitting there having to excuse yourself for why it’s on cooldown, even though they didn’t ask for it. :D

How does your guild do it? Do they call out for example: ”Sonie Iron Bark”. Do they yell: ”Give me a cooldown!”, or do they still yolo it? Or maybe it’s someone other than a tank organizing external cooldowns?