BRF has been a tough instance for Mythic guilds, already claiming Practice, Inner Sanctum  and All In before this, and now one of  WoW's longest standing top guilds has also called it quits. They're not disbanding the guild, but are no longer going to participate in the race, at least not at the top level, so there's hope they may be back later on. There's plenty I could write about the guild, its accomplishments and what a sad day this is, but Riggnaros wrote a statement for the guild and we'll be talking to him a little later in an interview covering what exactly happened, so let's just get directly to the statement:

Now that the dust has settled a bit, I decided to take the time and write a news post to keep everyone in the loop.

Blood Legion has been around since the launch of WoW, and has always been at the top of the PvE scene. Since 2011, we've been pushing the envelope and putting in countless hours of preparation towards competing for World Firsts.

Over the years, many people of the guild have gotten married, some have had children, others have moved on to new jobs/schools, and all of the other things that life throws our way.

We have always had a very small roster when it comes to raiding, and when these life issues come into play, along with others having less of a desire to push the insane hours, number of alts, etc., it became very clear that we needed to cut back on the hours and change the direction of the guild.

Our part in the race to World First has ended. We may enter the fray once again down the road. Blood Legion has been an active guild and part of the Illidan community since day 1. We will continue to do so until the day they close down the server. Thank you to everyone who supported our quest to win. We appreciate every one of you. And to all former, present, and future Blood Legion members. May you always remember what this guild did for you and what you did for this guild. 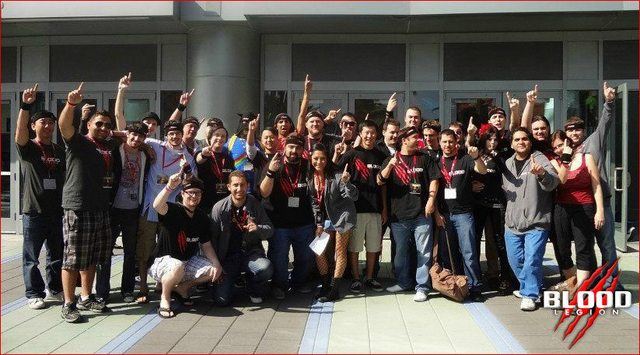