The Mancy Diaries: Sunwell and the First Real Hardcore Guild

Hello and welcome to the second entry of The Mancy Diaries - make sure you read the first one in case you missed it! Anyway, let me continue right where I stopped. After Perfectly Sane disbanded a few months before Sunwell hit and I spammed every single guild with applications, I was accepted by the Crab People, a guild on Talnivarr which looked pretty good. In all honesty, my dream was to play in Nihilum at the time, but well, Crab People would have to do. So I packed my things and transferred over - sadly my time in said guild wasn't long. I don't remember a whole lot about it, only that I was performing well enough, got promoted to member and then asked for a few weeks break from farming until Sunwell came. I was getting tired of farming Black Temple and Mount Hyjal for almost a year, so I wanted a little break and some summer vacation. Sadly my request was met with a guild kick while being away. I tried rejoining but they had filled the mage spot, so I was there guildless with an instance coming in just a few weeks. I sent some more applications, I tried talking to Horizons again to no avail - I just wasn't able to find a guild. So I decided to screw it all, take a break from WoW and enjoy summer. 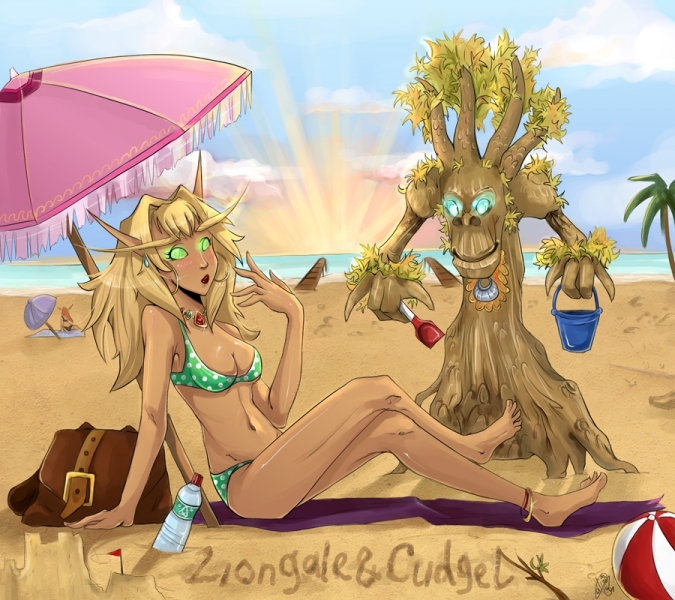 Let's move forward a few months! In Autumn, after having cleared all content on beta, I joined Chimaera on Draenor. They had cleared all of Sunwell and were ranked somewhere in the top 100, a step down from my previous guild sadly, but no one else needed mages. Chimaera looked suspicious from the very first time I visited their site. Why, you might ask? Well, I'll just say that in the application form they would ask you if you liked pink and stuff like that. As it turned out, a very high percentage of the members was homosexual. I've been in many guilds and this was the wierdest one of them all for sure!

Anyway, if there is one thing I regret in my WoW career is entering Sunwell with 0 preperation. All I knew was the bosses abilities, I didn't bother looking at a single vid of the fights, a huge mistake. So, needless to say, my first week didn't go that well! I didn't decurse as much as the other mages on Kalecgos, my DPS was lacking on Brutallus (mostly because of my bad gear, I was still missing BT/MH items but also because I didn't quite maximize movement and stuff) and I managed to die on Felmyst to Encapsulate as I didn't know how big the radius was so, yeah, I did pretty damn bad. The second week went a lot better without any major f**k ups, but apparently the GM's boyfriend who was playing a mage and had better gear than me would come over so they failed my trial. First failed trial of my life to some pinkloving s**tguild of doom! But nah, can't blame them, I didn't perform as good as I should have nor was I prepared. But there is a greek saying that goes: every single thing blocking your way does so for a good reason or will lead to good - and this was so damn true in my case. A few days after my trial failed I was accepted to The Legacy, a guild that killed Kil'jaeden world 6th or so! It was probably the 3rd time I was spamming those poor guys, but 3rd time's the charm it seems as I was accepted and started playing on the beta with them, while waiting for my transfer CD to expire (you could only migrate once per month back then). How exciting was that! I joined The Legacy in WotLK beta and stayed with them until everything besides Lich King Heroic was dead. It was also around that time that I started working with After Effects and Vegas. Here's me failing horribly at promoting the guild! (which still looks more exciting than the MoP trailer)

There are so many stories about The Legacy that I could fill at least 10 entries with so I'll pick the best ones. First I'll talk a bit about the guild master Ethum. Basically he was the nazi leading type of guy, doing most of the leading himself. But that's not why he was special. See, he had this way of leading that I truly liked. Besides being a bit biased sometimes and having his opinion affected by what he thought of some players and not admitting his own mistakes, he would flame the living s**t out of anyone screwing up. No, I don't mean the usual shouting. I mean 10 minute breaks during which he would spam the poor guy that f**ked up with 10 lined whispers in full caps calling him a retard and what not. See, this might sound harsh to people or might not seem like the best atmosphere, but trust me, this was the way to go. People would be afraid to fuck up, they would be afraid to come up with stupid excuses so they would just shape up or quit since they wouldn't like getting spammed 24/7. I truly wish Ensidia and Method took on that approach as well, having people yell like mad at others for f**king up would certainly make them perform better. The way Ethum lead the guild also changed me as a player, it made me more aware of my responsibilities and made me really try harder in raids and play more focused. Ethum also had some mental breakdowns - he would not listen to anyone and keep on talking and flaming for hours, now that wasn't nice, but hey, no one is perfect right?! He was an open to discussions type of leader though, you could easily talk with him about issues and whatnot as long as you could support your opinion.

When I joined the guild in WotLK beta, we were 2 mages in total: Me and Audax. The class leader Aniina who accepted me had quit. Audax was a failed Nihilum trial about whom you might not have heard the best from Buzzkill's blog. My opinion of the guy is that even though he had his moments, he wasn't that bad, nor was he the guy that would cost you a kill. He wasn't your best player nor your worst, but he was definitely a very, very, very nice guy. Ethum, however, hated him. He truly hated his guts, he wanted him and his entire family dead. He didn't like his playstyle nor his "stupid" excuses for f**king up nor the fact that he would stand up for himself and fight with Ethum. He was pretty open about hating him and considering him a bad player, one of the first things he told me when I joined was that he hoped I was better than Audax. Often I was in a dilemma - who should I support in fights when my opinion was asked? The nice guy mage or the guild master? I tried to keep it as civil as possible, but I did tend to support Ethum since he was the one calling the shots - I had to maintain my raid spot you know! I do feel a bit bad for not sticking up for Audax, but yeah, one has to watch for himself.

While Audax was still in the guild (he was eventually booted after a fight with Ethum), another mage, Emil joined. For some reason Ethum loved this guy and I mean loved him. He would talk with him all the time about mage stuff and give him 100% raid spot, as well as me of course. But I started getting worried - what if there was only 1 mage spot in the future? Would it go to him? Since he was talking to him about mage issues maybe he was thinking about promoting him to class leader? That would be a disaster, I had to do something! And so I did. I went on a mission: Make Emil hate Ethum and make Ethum hate Emil. This has to be one of the worst and most unethical things I've done in WoW. I would whisper Ethum bad things about Emil, saying how he is not performing as good as he is, pointing out his mistakes even if they weren't noticed and even make some things up. One story I remember is him doing s**t dps on Malygos when we failed to kill him and I attributed that to him not standing in the double spark area. That was probably incorrect, but since he had no logs to back his word up and his DPS was bad (probably due to bad crit luck) Ethum believed me. I think I slowly started getting to Ethum and made him start changing his opinion about Emil. On the other side, Emil was getting angry at Ethum calling out his every single mistake (which I reported to Ethum, but Emil didn't know that) and was thinking of quitting since he was getting constantly whispered about minor things. Me being a bastard, I was encouraging Emil to quit, agreeing that Ethum was overreacting and that if he wasn't having fun he should go enjoy real life instead while at the same time linking Emil's whispers to Ethum, telling him that Emil was planning to quit and how he wasn't fit for the guild. Bottom line? Ethum started hating Emil, Emil quit, competition eliminated. I'm really not proud of that, but yeah... Mancy is a double faced twat! Not my fault!

Aside from Emil we never got any quality mage recruits so I didn't have to bother about anything else. But let me talk a bit about progressing in The Legacy. When Naxxramas was released, I experienced hardcore raiding for the first time. Raiding for long hours (even if the instance was easy, it was still awesome) with everyone focused and those f**king up getting kicked/replaced instantly, I knew this was the place to be. We cleared the first WotLK content relatively fast along with Sartharion and Malygos. Another interesting story about this content was The Turning Tide - a caster sword from Kel'Thuzad. We used DKP in The Legacy and I had to get that item since my weapon was horrible, so I started sucking up to Ethum and convincing him to change the groups so I would be next in line for it. And it almost worked, it was only me and another warlock for it. But it wouldn't drop. And I had to get it. So I decided to befriend said warlock and try to convince him to pass it for me since it would be a bigger upgrade blablabla. Guess what, it worked! Thank you Darkdemon, great move pal. However, Naxxramas,Sartharion and Malygos was really nothing compared to Ulduar, which was a true test for both me as a player and The Legacy as a guild. I have many interesting stories about Ulduar and ToC incl. Stayven, as well as my unsuccessful attempt to get promoted to Class Leader which I'll cover in the next entry. Stay tuned!