Welcome to another entry of the Mancy Diaries. In this edition, nearing Ensidia and Mancy's (after a short stay in Method) end, I'll go through the changes that took place before Dragon Soul and explain in detail the new leading triangle and compare it with the previous one.

So, Firelands was over and everyone was pretty much disappointed. The leadership acknowledged that and they should proceed to make certain changes aiming to improve the guild overall. One very debatable change was that of shifting to public logs. The leadership thought that said actions would boost performance during farm, as members would compete with non-Ensidia raiders and thus perform better, as they wouldn't want to look worse than others. As an additional motive, rewards were promised to those attaining top records (something that never actually happened). Even though I agreed with this idea and it looked good on paper, there were certain issues, such as people being way too DPS-horny and not performing their task, hoping to achieve a record and get recognition instead. Looking back, it might not have been the best of ideas as it pushed people away from performing their role and caring only about the meters. Aside from public logs, and I know I've said this before, individual performance was being monitored closer than ever now, with mistakes leading to short-term demotions to the rank of Fish. Demoted to fish would mean low loot and spot priority as well as having that noted - too many demotions would supposedly have dire consequences. On top of that, the leaders decided they needed more help in successfully monitoring players and recruiting, so more people were promoted: Bryler to officer and later on after Mek's departure me, Stekharn, Sonie and Calippo to role leaders.

Before moving on to Dragon Soul and how that looked, I want to expand a bit on how the leadership worked. I know I mentioned some of it in the previous entry, but I'll elaborate. 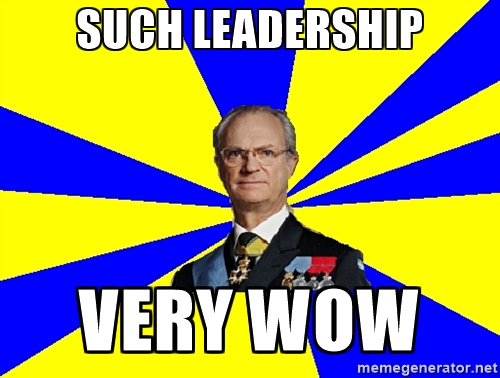 Mek: The guild leader. However, he certainly didn't act as such. He isn't the kind of guy to talk a lot or give directions or generally act as a leader, he was more of a guild psychologist and problem solver than a guild master. This is definitely not meant to offend him, I believe he was/is a great guy, but him leading a guild? It just doesn't work. Another issue was that for one reason or another, he didn't perform at the maximum level, something that a leader should be doing. He certainly helped a lot and he held the guild together by solving oh so many issues members had with each other.. and with themselves. One prime example of that would be my constant arguments with Ekyu. We both have pretty strong egos and sometimes become stubborn when we believe we're right and lack the best of manners, something that resulted in countless fights between us. There have been many occasions where Ekyu was actively trying to kick me or get me replaced and many occasions I would be talking with Mek or other high ranked guys about the way Ekyu treated me and the other mages and how it wasn't right and so on. Our arguments reached their peak during progress on Majordomo: I don't even remember why it started or how it developed, but we were both along the lines of "I'M NOT RAIDING WITH X - EITHER ME OR HIM" and Mek managed to sort it out and let us finish progress peacefully (by having Ekyu out of the mage channel or something along those lines). All in all, Mek was a very valuable asset to the guild, without him Ensidia lasting this much would probably not have been possible (Jigsaw anyone?) but still he couldn't fill the gap created by Mackzter's and Kungen's departure. Finally, Mek did end up quitting before Dragon Soul which left Caleb and Ekyu alone in the lead.

Ekyu: Officer and later guild leader, but he would act like the leader all along. I think I've analyzed a lot about Ekyu throughout the chronicles series, but to sum it up again: he is a loudmouth, perceptive raid leader. He talks all the time, advises people all the time and notices mistakes. He tends to yell at obvious mistakes such as DPSers dying in a fire, but also not non-obvious ones such as healers failing to heal the proper target or not using a CD etc. We never actually went along well, even from the first moment I joined. One of the main reasons for that is that he's kind of a power freak, he wants control and he wants all of it: picture him like a French version of Hitler. Besides pointing out the bad stuff though, he also helped the guild A LOT. With a bunch of below average skilled players, someone guiding them through every single move enabled us to kill stuff we would otherwise wipe on for years. He basically attempted to replace Kungen's raid leading and tanking.

Caleb: Like Ekyu, officer and later guild leader. Caleb being a guild leader is just not his role. Officer? Certainly, he did a LOT for the guild and devoted a hell of a lot of time. But I don't see how someone like him would fit the role of a guild leader since he didn't actually... lead anything. He created addons and tactics and group assignment and basically all out of raid preparations but that's as far as it goes. Helpful? Yes. Required? Yes. Guild leader? No. Don't get me wrong, I'm not trying to say I'd be doing a better job, I am comparing those guys with previous leaders I've had and Ensidia has had, not with myself. Also Caleb playing drunk sometimes among other things led to constant arguments with Ekyu and having your two guild leaders yell at each other publicly is also not the best thing for a guild.

Bryler: he was promoted to officer. He was supposed to be the mean guy, not talking or being friendly to anyone and just putting people to their places, flaming them, calling them baddies, kicking them and so on. Instead he did nothing and was completely useless as an officer, he would only fix healing assignments before Sonie jumped on the role.

Overall, all the above guys did their best, but it just wasn't enough. There was just no one capable to replace the Mek, Mackzter and Kungen leading trio which was, in my eyes at least (I'm sure some would disagree) very strong. Kungen would be the loudmouth stubborn raid leading tank, Mackzter the respected perfect player that said nothing but a few wise words, put people in their place (high ranked or not) and yelled when things got out of control and Mek the morale boosting psychologist, giving speeches and solving inner problems. In my eyes, that was a very strong leading team while this one was not. Regardless, all the above, including role leaders, did their very best to fix the guild. Be it via recruitment, suggestions and anything one can think of, we all tried as hard as possible. However, it wasn't enough.

There's this saying "A good day starts with a good morning" and it's pretty much true, especially for the opposite. Dragon Soul did not start well. After a lot of preparation and everything perfectly planned, we got the ban. This totally destroyed morale, everyone was angry and disappointed. We were pretty much losing the race in front of our eyes to US guilds and EU guilds that somehow managed to find a perfect 10-man roster of characters not used in raid finder. What actually happened? Stay tuned for the next edition! 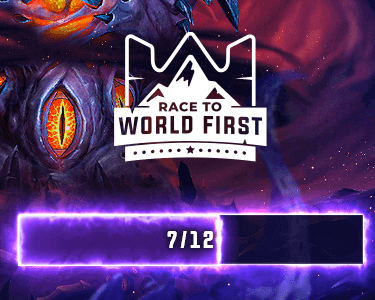