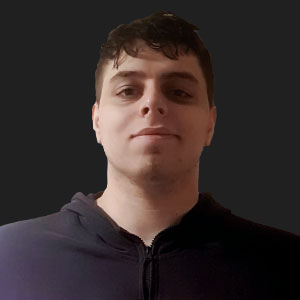 Credits to toegrinder for the covenant sims, they can be found here.

Night Fae Is a decent covenant in multiple target scenarios, the cooldown reduction provided by shifting power allows for more frequent burst windows and the damage from shifting power itself is strong. However, on single target it is very underwhelming when compared to kyrian, necrolord and venthyr.

In raid scenarios shortening arcane power cooldown accomplishes nothing unless you can reach a 1 minute arcane power cooldown, this is due to the fact that 1 minute cooldowns are very good for this tier (Inerva adds spawn every 1 minute, sludgefist pillars are roughly every minute, SLG adds etc.)

Therefore night Fae falls down and is actually currently the worst overall covenant for arcane.

The signature ability, Soulshape is absolutely insane, despite being a mage, I've got to use Soulshape so many times in raid testing as well as the maw/M+.

Necrolord is Arcanes overall best covenant. This covenant has some insane potential, due to the fact that you can essentially burst three targets at once, with amplified Arcane Blast damage. Whilst having that insane three-target cleave potential it is very strong on single target currently being roughly 0.9% behind venthyr. The spell damage increase alone from Deathborne is super strong even on pure single target and that's without even going into specifics about the Emeni soulbind which is currently the strongest.

Regarding soulbinds, Emeni has a very good trait called Lead by Example, and is currently also a strong option if you like Maldraxxus/Necrolords thematically.

The big downside of necrolord is the 3 minute cooldown, as it doesn’t line up with every Arcane power.

Kyrian had previously been misunderstood and thanks to mage theorycrafters the rotation for kyrian has changed and is now a very strong option on single target, being on par with necrolord and slightly behind venthyr similiar to necrolord. However on multiple targets kyrian is the second best covenant being beaten by necrolord.

Kyrian has a very unique playstyle. Unlike venthyr, nightfae and necrolord clearcasting doesnt matter a huge deal with kyrian, that is because your damage is centered around arcane barrage and arcane harmony combination.

The general playstyle here is to gain at least 15 stacks of arcane harmony before burst windows, which is set up by using radiant spark with touch of the magi and Arcane power, then arcane blast 5 times followed by an arcane barrage. The kyrian playstyle is therefore way less RNG compared to the standard rotation which fishes for clearcasting procs in opener. Personally I find kyrian to be the most fun due to the low cooldown of radiant spark which allows for frequent burst windows.

Final covenant choice is Kyrian for Both M+ And Raiding

I 100% recommend kyrian for your covenant choice. The burst kyrian brings to a raid is so valuable, and the amount of bosses where you can gain barrage damage by cleaving is insane. Furthermore kyrian has a very fun playstyle which revolves around mini-burns and big burns. What makes kyrian even more fun is that there is a “sync” and “desync” playstyle. Which basically indicates how you use your cooldowns.

Sync being that you always line up rune of power + touch of the magi and radiant spark. Desync meaning that you always use rune of power on cooldown, same with touch and spark which makes them not line up. Desync is currently a slight bit better than sync on pure single target. But you can always mix them up mid-combat, for instance, you can line run+ touch + spark AoE scenarios and resume to desync once the adds die.

Kyrians downside is the lack of a good covenant spell, the potion really isn't that good in most scenarios. It's good to clear stacks in P1 Sylvanas or for curse dispell in P2, but you have your own curse dispell for that. The other downside is how influential a arcane barrage crit is. Your whole parse is decided by if that one spell crits which can be extremely frustrating.

Venthyr is a very viable option and just like venthyr fire actually sims slightly better on pure single target. However you lose all your funnel and AoE cleave if you play venthyr over kyrian. Venthyr is definitely less RNG as your burst revolves around clearcasting procs which mirrors of torment will provide you 3 of.

Magi's Brand - Assuming you have the mythic 0 conduit, you gain an additive 7.8% accumulated damage. Yes, additives make this conduit insane.

Necolords and Venthyr arcane mages will play Arcane Prodigy alongside Magi’s brand to make Arcane power a 1.5 minute cooldown, which lines arcane power up perfectly with Deathborn (Necrolords) or Mirrors of torment (Venthyr).

9.1 will include another potency conduit which will be Arcane Prodigy.

If you want to play the sync build, I would 100% recommend the following soulbind.

Nothing changes on AoE, you will play the same conduits and soulbind on AoE as on single target.

Same as the single target build

Arcane Harmony - Craft and forget if you play Kyrian, it will be used in all scenarios. Can be useful for non-kyrians if bloodlust isn't used on pull.

Temporal Warp - Best for non-kyrians on single target, however if you don't use bloodlust on pull harmony will be better.

Arcane Bombardment - AoE, that's it, nothing compares on AoE even for kyrians.

Harmonic Echo - Will be our 100% choice in patch 9.2 in Combination with Arcane Infinity

In Patch 9.2, we will gain access to a covenant legendary slot in addition to our own legendary choice, which means we will have Arcane Infinity and Harmonic Echo.

Harmonic Echo was previously changed to echo the damage from our current target and splash it to 4 nearby enemies, which makes this legendary extremely powerful for single target damage. However, it changes our rotation since Harmonic Echo won't snapshot our 5th Arcane Blast and Arcane Barrage.

The reason for that is because the legendary vulnerability maxed at 4 stacks with radiant spark, so instead of 5 blast into Barrage, we do 4 Arcane Blast into Arcane Barrage.

Which slot to craft Unity for

It depends on what piece of gear you want to craft your unity legendary on.

If you are primarily playing Arcane, you want to sim it and see which slot is the best and provides the highest intellect gain.

However, if you are multi speccing and playing other specs, I would recommend using it on something that is not conflicting with your tier pieces or any legendary such as Ring or Boots.

I would craft Unity with Crit and Mastery.

Overall, it's a pretty strong tier set for arcane mages. Especially the 2P, but I'm not entirely sure why Blizzard decided to nerf it from 18 to 10%, but the 10% increased damage on our Touch is still fairly strong.

With the 4P, with the increased duration on Touch, you will be basically accumulating more damage inside the Touch window, which means the Touch damage and splash damage will be extremely powerful on 4-5 Target Cleave.

These are the items that I would recommend getting from the Fated vendor, and Honorable Mentions.